A Look Back at 16 Automattic Acquisitions Since 2007

Since Automattic was founded in 2005, it has acquired several businesses, services, products, and people. In August, the company will be 10 years old and I thought it would be interesting to see if the acquisitions the company has made are still around. The list is organized from earliest to latest.

Gravatar stands for globally recognized avatar and is an image that follows you around on the web. This eliminates the hassle of maintaining a visual identity across multiple communities. In 2014, what was supposed to be a Gravatar mobile app, morphed into a Selfies app for Android. Although Gravatar is supported in a number of applications, I think there’s still a lot of work to do before it becomes a globally recognized image. Gravatar was created by Tom Werner and acquired in 2007.

BuddyPress was conceived in 2008 by Andy Peatling and started out as a set of plugins to add social networking features to WordPress MU (multi-user). In March of 2008, Peatling was acqui-hired by Automattic and joined the company as an employee. Peatling is not as active in BuddyPress core development, but thanks to John James Jacoby and the community surrounding it, it’s still an actively developed project. BuddyPress 2.2 was released in February and features a new member type API and several bug fixes.

IntenseDebate is a third-party commenting service that showed a lot of promise of being a premiere service to replace the native commenting system in WordPress. It synced comments from the service to the local database to ensure no comments were lost. The service introduced a plugin eco-system in 2009, that I think if given more time, would have helped the service fly past the competition. Unfortunately, development on the service came to a halt somewhere between 2012 and 2013.

IntenseDebate was founded by Isaac Keyet and Jon Fox in 2006 and was acquired by Automattic in 2008.

Polldaddy is a platform agnostic service that lets users create surveys and polls. Polldaddy was founded in 2006 by David Lenehan in Sligo, Ireland and was acquired by Automattic in 2008. Between 2006 and when the company was acquired, about 1 million polls were created and 195 million votes were collected. At the time of Polldaddy’s acquisition, Automattic had about 20 employees.

Blog.gs is a directory of recently updated blogs founded in 2002 by Jim Winstead. In 2005, the company was acquired by Yahoo! and in 2009, transferred to Automattic. According to the announcement, Automattic planned to beef up the service, “We’re looking forward to beefing up the service and giving it a refresh, while continuing its reputation for reliability.” The site’s design hasn’t changed in years and features like search and ping submissions are broken.

After the Deadline is a contextual spell checking service created in 2009 by Raphael Mudge. Out of all the acquisitions Automattic has made, Mudge has one of the best acquisition stories I’ve read. After publishing a comment on a Hacker News article showing off how AtD works, Mullenweg got in touch with Mudge and acquired the company in 2009.

Mudge stayed with the company for a few years, but moved on to focus his energy on a new passion, cyber security. AtD is actively developed and is available as a module in Jetpack.

Plinky is a service created by Thing Labs that inspired users to write content. Every day Plinky displayed a prompt with a question, idea, or challenge. Writers answered the challenge using the Plinky editor which made it easy to add rich media and send posts to social media services. Plinky was acquired by Automattic in 2010. In 2014, user registration was disabled and the service was placed into archive mode.

Code Garage provided backups, security scanning, and crisis control for WordPress sites. Customers could monitor 5 websites for $25 a month which was more affordable than VaultPress which charged a flat fee per site. Code Garage was founded in 2010 and acquired by Automattic in 2012.

In May of 2013, Code Garage migrated customers to VaultPress and promptly shut the service down in July. As part of the acquisition, Peter Butler, one of the company’s founders, joined Automattic to work with the VaultPress team.

Simperium is the creator of SimpleNote, a note taking app that is synchronized across platforms. Simperium is a data synchronization service that allows developers to move data everywhere it’s needed. The company was founded in 2010 and acquired by Automattic in 2013.

Poster was a slick, easy to use, WordPress mobile app for iOS that was founded by Tom Witkin and acquired in 2013. After the acquisition, the app was removed from the App Store and Witkin joined the mobile team at Automattic.

Frederic Lardinois, who wrote about the news on TechCrunch, described the app as, “one of the most elegant and smarter mobile WordPress clients.” The WordPress mobile apps continue to get better, but it’s unclear which improvements have been influenced by Witkin or Poster.

Lean Domain Search is a service that allows users to find and register domain names. One of its signature features is the domain name generator which suggests domains based on a word or phrase. Lean Domain Search was created by Matt Mazur in 2012 and acquired in 2013. When users find a domain they like, Lean Domain Search provides an option to register it and create a new blog on WordPress.com. Thanks to the acquisition, the service is still available and free to use. 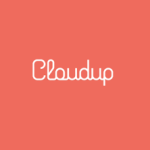 Cloudup is a free file-sharing service founded by Thianh Lu and Guillermo Rauch in 2010 and acquired in 2013. According to TechCrunch, the acquisition was supposed to help Automattic improve two particular features on WordPress.com. The media library used for uploading visual content and co-editing to give multiple users the ability to edit a post at the same time.

Longreads is dedicated to finding and sharing the best long-form stories on the web. Longreads was founded by Mark Armstrong in 2009 and acquired in 2014. Longreads operates under a paid subscription model with plans ranging from $3-5 per month. 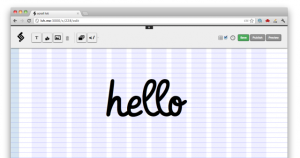 Scroll Kit allowed users to create web pages without writing a line of code using a powerful visual editor. It made headlines when co-founder, Cody Brown, recreated the famous Snow Fall piece from the New York Times. Brown said he made the replica site in only an hour, “The New York Times spent hundreds of hours hand-coding ‘Snow Fall.’ We made a replica in an hour.”

Founded by Kate Ray and Cody Brown, Scroll Kit was acquired in 2014. According to an announcement on the Scroll Kit website, Ray and Brown joined the WordPress.com product team. Scroll Kit shut down its service and users had three months to export their content. I’ve never used Scroll Kit, so it’s hard to determine what improvements are influenced by Ray and Brown. We questioned whether Scroll Kit’s editor would be added to the theme editing experience on WordPress.com. As a WordPress.com user, I haven’t noticed any major changes to the theme editing experience since the acquisition.

Parka is the parent company of BruteProtect, a service that provides brute force login protection for thousands of sites. Parka was established in 2013 by Sam Hotchkiss and acquired in 2014. All seven Parka employees joined Automattic and are part of the Jetpack development team.

As part of the acquisition, BruteProtect pro services became free to use. BruteProtect is undergoing a transformation as it’s merged into Jetpack as a module. Merging with Jetpack will give millions of sites free brute force login protection making the web a safer place.

Code For The People

Code For The People is a WordPress development agency based in the United Kingdom and a long time partner of the WordPress.com VIP program. Founded by Simon Dickson and Simon Wheatley, Code For The People was acquired in 2014. All six employees joined Automattic and will help out the VIP team during European hours.

This acquisition is historic for two reasons. The first is that CTFP is the first WordPress development agency to be acquired by Automattic. Second, CFTP employee John Blackbourn was leading the development cycle for WordPress 4.1 when the acquisition occurred, turning him into an Automattic employee.

In addition to talent, they also obtained CFTP’s Babble plugin, an open source multilingual tool, that will continue to be maintained by Automattic. According to TechCrunch, Mullenweg says Babble was a key part of the deal.

While going through the list of acquisitions Automattic has made over the years, a few things occurred to me. For all the great talent Automattic has acquired, it’s difficult to determine an individual’s influence on WordPress.com products. For instance, as an individual, Tom Witkin created an awesome mobile app for WordPress. Since being acquired, I can’t tell which improvements in the WordPress for iOS app are the result of his work.

Whether it’s due to time, difficulty, or other factors, certain items in some of the acquisition announcements have failed to materialize. A good example is the Cloudup acquisition. Nearly two years after the deal happened, WordPress.com and the self-hosted version still lack the ability to co-edit a post at the same time. There’s also no improvements to the media library I can trace back to the Cloudup team. It’s unclear if these are items still on the priority list or if they’ve been discarded.

Another thing I noticed is that I didn’t recognize most of the businesses, products, and services acquired until after the acquisition announcement was published. It indicates Mullenweg has his eye on up and coming properties doing awesome things in the space. Unfortunately, in some instances, it means the product or service is shut down by Automattic eliminating any opportunity to use it. Poster, Blo.gs, and Scroll Kit immediately come to mind as things I’ll never  have the chance to use.

I hope you enjoyed this trip down memory lane. We’re at the beginning of a new year and with Automattic raising $160M in 2014, it’s only a matter of time before we read about the next acquisition. Who or what do you think the company will acquire next?