When WP Rocket entered the market three years ago, the product was positioned against established solutions like WP Super Cache, W3 Total Cache, Hyper Cache, and a raft of other free plugins. WP Media, the product’s parent company, was the first to explore a completely commercial model of monetizing a WordPress caching plugin, with no freemium offerings.

In January 2016, after two and a half years in business, the plugin passed $1 million in revenue and is now averaging $100,000 per month. As of last month, it has been installed on 100,000 websites. Today WP Rocket is celebrating three years in business.

“Since the beginning of this year, we have, on average, more than 8,500 new websites every month – that is 1 installation every 5 minutes,” co-founder Jonathan Buttigieg said in WP Rocket’s most recent transparency report. 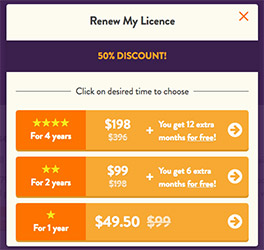 Implementing better renewal pricing and marketing has been one of the most important factors in the product’s growth. WP Rocket began offering a reduced price with 12 months free when customers renewed for multiple years.

“For us, renewals are a major factor since they represent 18% of our monthly revenue,” Buttigieg said. “There is no doubt about the efficiency of this strategy, which is at the moment really unique within the WordPress premium plugin market.”

“We experienced a large growth in revenue from WP Rocket over the past year and we invested the profits by hiring new teammates and working on new projects,” Buttigieg said. “Recently, we also decided to share 40% of our net profits with our teammates. This means that the more revenue the company makes, the more bonus salary our teammates will earn.”

WP Rocket’s Biggest Challenge Is Growing Customers Outside of France

WP Media originally launched WP Rocket to a limited market in France. Buttigieg said that the plugin started as a side project because the three co-founders were not satisfied with the current popular caching plugins. WP Media now employs 14 people in support of its products.

“Our biggest challenge was to promote WP Rocket outside France,” Buttigieg said. “It was easy in our country because we are a part of the community: we are WordCamp organizers and speakers, we have popular French-language WordPress blogs and a number of plugins available for free on the WordPress repository.”

WP Rocket has been working hard to establish a reputation in the global WordPress community. With its multi-national team, the France-based company has translated the plugin’s documentation into five languages: English, French, German, Italian, and Spanish and can also provide support for customers speaking any of these languages. Buttigieg said these changes have also increased WP Rocket revenue and reduced the number of support tickets.

Despite the challenges of beginning in a small market, WP Rocket has been effective at gaining customers from its biggest competitors – which Buttigieg identifies as W3 Total Cache and WP Super Cache. The product seems to have struck upon an important hole in the market, unfilled by plugins using the freemium model.

WP Super Cache, which is installed on more than a million websites and maintained by Automattic, doesn’t have a commercial version or paid support option. W3 Total Cache, also installed on more than a million sites, is notoriously difficult to configure due to its many advanced options for developers. The plugin’s commercial version is $99/year and also runs on a per-ticket support response model starting at $75. However, W3TC customers’ recent struggles with accessing professional support and long stretches between updates have led many users to wonder whether the plugin has been abandoned.

“Based on our customers’ feedback, we know that most of them were already using a caching plugin before using WP Rocket,” Buttigieg said. “Many customers tell us they are happier with our plugin than with W3TC or WP Super Cache, and find it much easier to use.”

Thanks to the success of WP Rocket, WP Media is expanding into other WordPress-related niches. In February, the company launched Imagify, an image optimization service and its first SaaS venture. The team is also working on launching SecuPress, a security plugin that will enter the market as a competitor to plugins like Word Fence and iThemes Security.