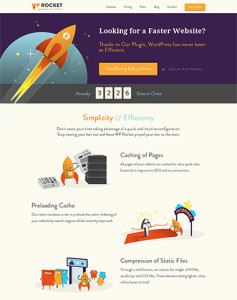 WP Rocket is a new commercial caching plugin for WordPress that launched exclusively in the French market eight months ago. It’s created and supported by Julio Potier, Jonathan Buttigieg, and Jean-Baptiste Marchand-Arvier, a small group of Frenchmen with a passion for website optimization.

WP Rocket is making its international debut this month in a market that is currently dominated by free WordPress caching solutions. Aside from a couple of Codecanyon items, WP Rocket is the first caching plugin to launch with a completely commercial model. Prices start at $39 for a single site ranging to $199 for unlimited sites with a year of updates and support.

WP Rocket Aims to Stand Out Among Established Competitors

The founding trio is banking on their top-notch support and the user-friendliness of the plugin to set them apart from those using the freemium model.

The plugin is now at version 2.1, following rigorous testing and improvement prior to its international launch. It currently powers performance and optimization for more than 3000 sites. When it comes to features, you’ll find your standard caching functionality makes up the backbone of the plugin:

The team at WP Rocket knew they were launching among serious, established competitors, such as W3 Total Cache and WP Super Cache. Jean-Baptiste Marchand-Arvier, speaking on behalf of the others, articulated their strategy in setting WP Rocket apart as a commercial plugin. “We are a bit different thanks to exclusive functionality, a complete compatibility with WPML (no other plugin is fully compatible), premium support, an automatic cache preload and constant R&D for frequent updates,” he said. Three people work full-time to support the plugin, and Marchand-Arvier notes that this wouldn’t be possible if it were free.

WP Rocket boasts a few exclusive features for further optimization that are not common to other popular caching plugins:

WP Rocket was Designed with Simplicity in Mind

Marchand-Arvier said the team has been pleasantly surprised by the great feedback they have received from the community and customers, despite launching without a real business plan. One common complaint about caching plugins is that they are difficult to configure, with too many confusing options. “For a novice or developer, you can be easily lost,” Marchand-Arvier said. “Users are also afraid to break their sites and not have quick access to help in case of trouble.” WP Rocket aims to solve this problem.

I took the plugin for a test drive to see if it lives up to their claims. The settings page is very basic and I was able to configure it for a small blogging site in under a minute. More advanced settings are available, but those are mostly for DNS prefetching and file exclusions. 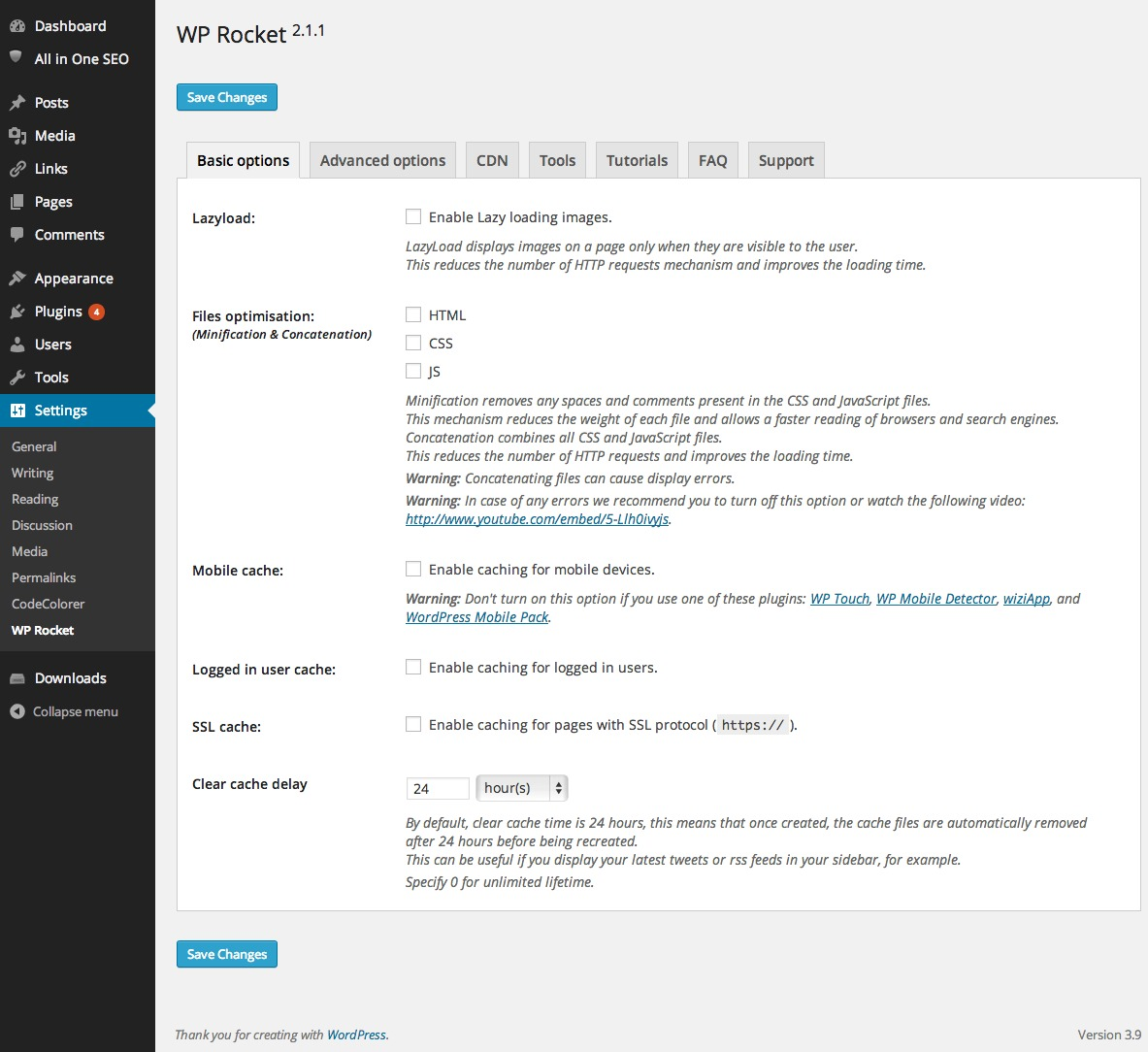 I performed a quick test on a small site with no caching, which originally rang in at 5.88s load time, according to GTmetrix, with a page speed grade of E (59%) and 1.82MB total page size. With WP Rocket turned on and basic setting activated, the page load time was reduced to 2.88s with 1.00MB page size and a page speed grade B (83%). The plugin shaved three seconds off the load time, which is a fairly significant return for the one minute I spent configuring it.

Marchand-Arvier said that their customers have been attracted by their support, ease of use, and the all-in-one system, which allows them to replace several optimization plugins with WP Rocket. The simple setup is a refreshing change from many of the major caching plugins that require moving and editing files as well as configuring half a dozen screens full of options. But will this commercial caching plugin be able to compete against all of the free, robust options available? Thus far, it seems as though WP Rocket customers are willing to pay for a faster and simpler solution to site optimization.