W3 Total Cache is a free, caching WordPress plugin created by Frederick Townes that’s active on more than one million sites. While the plugin’s core functionality is free to use, there’s a handful of services users can buy from within the plugin such as enhanced support to server and site configurations. 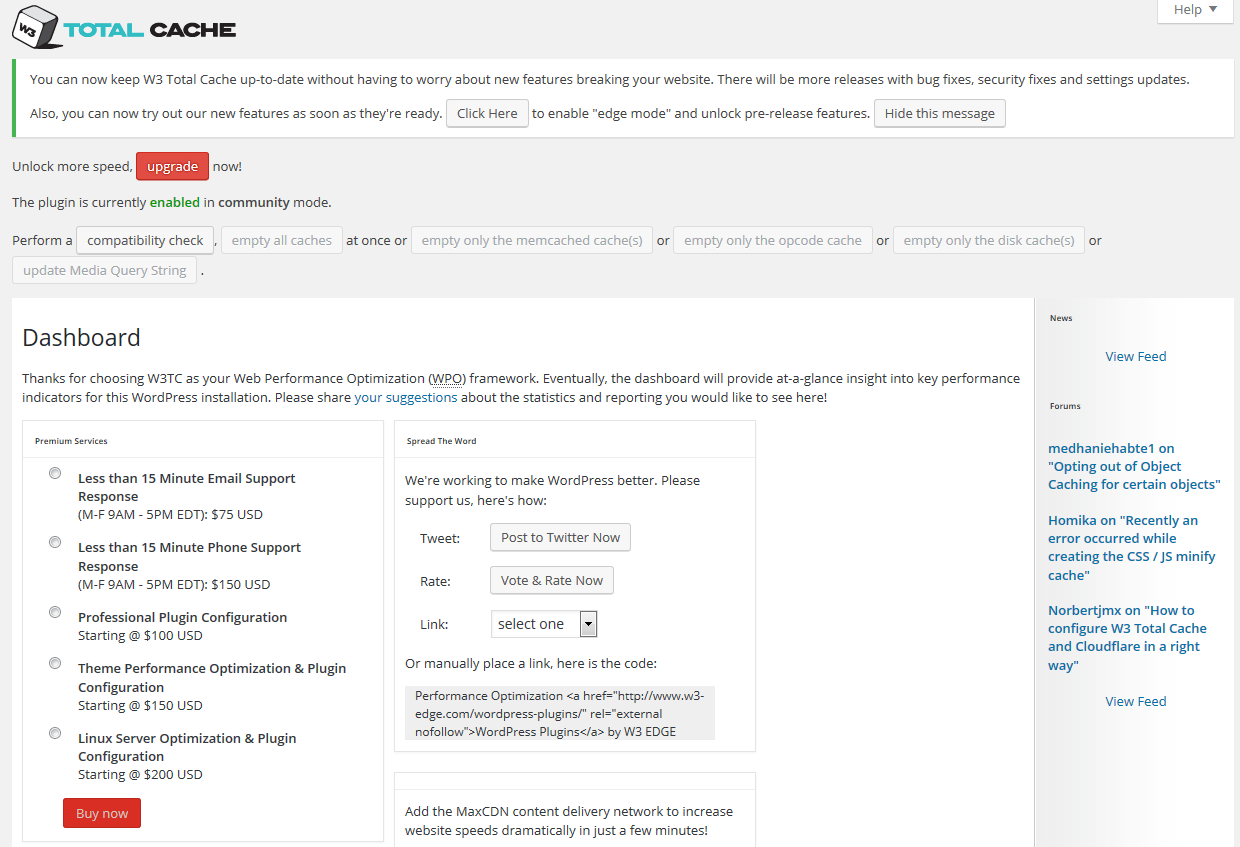 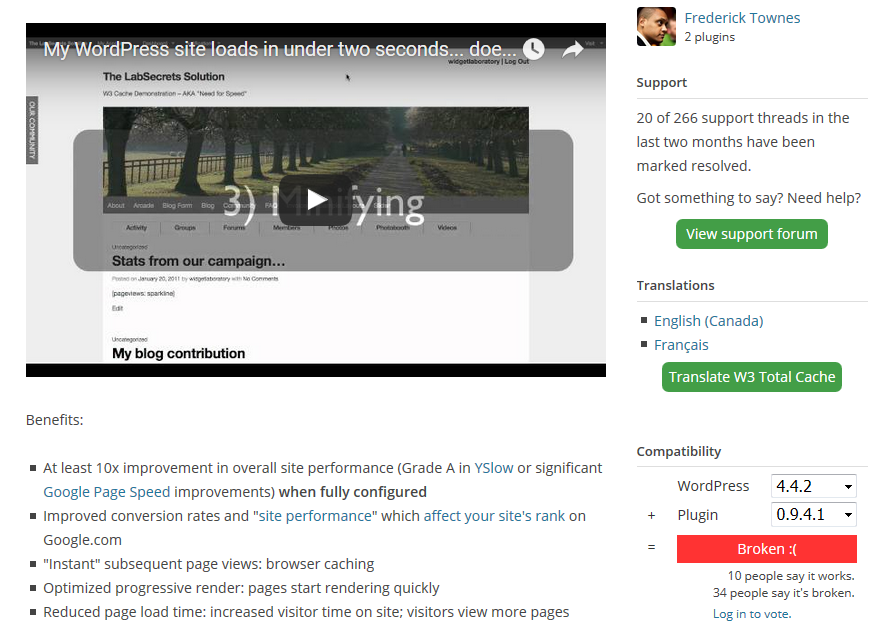 The plugin was recently updated with the only change being the readme.txt file which states it has been tested up to WordPress 4.5. A cursory glance at the support forums indicates some users are not pleased with the simple update.

In 2015, a disgruntled customer who purchased services from W3 Edge, described their negative experience in a post on the WordPress subreddit. The complaints include, a lack of communication, not receiving purchased services, and project delays. Mike McAlister, of Array Themes, told the Tavern about his experience with W3 Edge.

In 2014, I signed up for the premium version of W3 Total Cache to unlock some of the advanced caching features. The email confirmation said that the license would auto-renew unless cancelled, so I contacted them right away with my request to cancel the auto-renewal. I didn’t hear anything back and wrongly assumed this was taken care of.

Fast forward one year and I get an email out of nowhere that my W3 license had been renewed. I immediately contacted W3 with details of my order and politely requested a solution, but never heard a response.

I wrote a total of four emails and several tweets directed at W3 Edge and its founder, Frederick Townes, with not a single response throughout the ordeal. Like many others, I had to resort to calling the bank and filing a dispute to get my money back, which dragged the issue out for several months.

At the end of the Reddit thread, W3 Edge responded to the criticism and admitted that the company let users down with its lack of engagement. It also admitted to having a small team and the challenges involved with its support model.

“One of the largest lessons learned is that there’s a lot to get right especially with a small team,” W3 Edge said. “We’ve made some changes to the team recently and we’re working to rectify experiences like the ones noted here. Since it’s the customer experience that matters and not intentions, I apologize for the negative experiences. Our mission remains to enable independent publishers with great software and solutions.”

The company’s official Twitter account has been inactive since April of 2015 and the last post published on its blog was 10 months ago. Combined with the lack of plugin updates, it’s understandable why customers and users are concerned with the plugin’s status.

Frederick Townes, founder of W3 Edge, issued the following statement to the Tavern.

Since the last update, development and other operations have been ongoing. There have been several hundred bug fixes based on user feedback, more than 100 improvements and numerous major improvements. We’ve added tens of thousands of unit tests for the various bugs and improvements in an attempt to allow us to release more updates faster in the future.

We’re also working on a new services and support model, which is more exclusive in an attempt to reduce the volume of service requests and misaligned customer / subscriber expectations.

Our goal is unchanged, to create easy ways for publishers and developers to increase WordPress performance and tune user-experience in self-hosted environments. As we work towards leaving beta and moving towards a 1.0 release (and making our GitHub repository public rather than private) our goal is to offer hosted services that use automation to simplify the performance optimization process in the future.

I spoke to Townes for an hour on Skype and he comes across as a sincere, concerned business owner who is struggling to find a system that works for the amount of support volume he and his team are dealing with. I asked what keeps him motivated to continue working on W3 Total Cache, “I love solving complex problems which is what W3 Total Cache does,” Townes replied.

Have The Changes Worked?

While researching for this article, I requested feedback from thousands of people to learn what recent customers are experiencing with the company but no one responded. This can mean any number of things but it’s difficult to determine whether the changes mentioned in the Reddit thread have improved the situation without getting feedback from recent customers.

If you’ve recently purchased services from W3 Edge, please share your experience with us in the comments.