The trend of WordCamps creating their own custom wapuu design is starting to catch momentum. The GPL-licensed creature originated in Japan and variations have been used to personalize branding for Japanese meetups and WordCamps for years.

Last week we featured WordCamp London’s custom wapuu design, which is fondly dubbed “Wapuunk.” That same weekend WordCamp Philly organizers previewed their Philadelphia-inspired collection of designs for the creature on Twitter, including a Rocky wapuu.

WordCamp Belgrade is coming up the weekend of April 18-19, and the organizers have a special variation of wapuu planned. They are calling the Serbian version “Wapuujlo.”

“It has a traditional Serbian hat and it’s holding a plum, as plums are Serbia’s national emblem,” co-organizer Milan Ivanović told the Tavern. 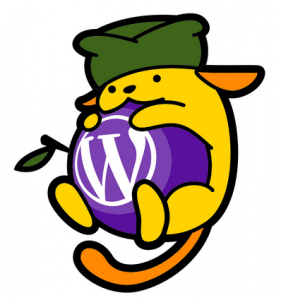 The team plans to present Wapuujlo as the official mascot of the event and will be printing stickers. Nemanja Aleksić, a volunteer for the WordCamp, is credited with the design. Aleksić is a growth researcher and analyst at ManageWP by day but also has a passion for design.

Despite having worked with WordPress for a few years, his first contact with the community was at WordCamp Europe 2014.

“I was blown away by the positive attitude of the people there (especially Remkus de Vries and Chris Lema – those two are a force of nature) and decided I wanted to be a part of it,” Aleksić said. When he found out about WordCamp Belgrade getting approved, he decided to offer his help to Milan Ivanović and the team.

“We’ve toyed with the idea of creating our own Wapuu several times in the past, but it wasn’t until I read your article on Scott Evans’ punk Wapuu that I finally decided to do something about it,” Aleksić said. “I sat down with my colleague Milica and created Wapuujlo.”

Wapuujlo’s attire represents a melding of Serbian tradition with the WordPress mission of democratizing publishing. Aleksić explained his inspiration for the mascot’s design:

The hat šajkača, a traditional Serbian hat worn by the common folk back in the day, was a logical choice because it represents the people using WordPress to have their voices heard. The plum was Milica’s idea – it’s our national symbol, representing prosperity and unity. These two ideas gave Wapuujlo a traditional vibe, which is a nice contrast to the futuristic/anime variants of the Japanese Wapuu. Even the name Wapuujlo is a nod to traditional Serbian names.

Aleksić found the wapuu SVG file to be easy to alter and the team was able to perform the changes in under five minutes. “I expect that Belgrade, London, and Philly wapuus will prompt other WordPress communities to come up with their own versions of the mascot,” he said.

“Just don’t go overboard with the alterations: keep it clean, simple and recognizable,” Aleksić advised those who want to design a wapuu mascot for an event.

The trend of creating custom mascots for WordCamps seems to be rapidly catching on outside of Japan. The first edition of WordCamp Belgrade is a historic event for Serbia’s WordPress community and the organizers wanted to offer a commemorative wapuu sticker as part of the branding.

“We want to continue the tradition and inspire other WordCamps out there to include Wapuu as a must,” Ivanović said. “I just love that cute little fellow!”