After the dissolution of socialist Yugoslavia in the early 90’s, Serbia and its neighboring nations had an uphill climb to reach stability in their newly found autonomy. Transitioning from a planned economy to a market-driven economy was a challenge that Serbians have vigorously embraced over the past 20 years. Belgrade is now a growing center for information technology in Eastern Europe. In 2013, Serbia’s IT industry growth outpaced the rest of the economy by nearly 200%.

It’s no surprise that the WordPress community in Serbia is growing in tandem and bursting at the seams. While a small country in the Balkan Peninsula may seem like an unlikely place for a thriving WordPress community, conditions are now ripe for the very first WordCamp Belgrade. The organizers’ budget was approved last week and the event is officially set for the weekend of April 18-19.

At WordCamp Europe I had the opportunity to meet several members of the Serbian WordPress community. While passing through Belgrade on my way out, I stopped in to spend time with community leaders Vladimir Prelovac and Milan Ivanović, who offered a glimpse into Serbia’s growing WordPress community.

From Zero to WordCamp in Under Two Years 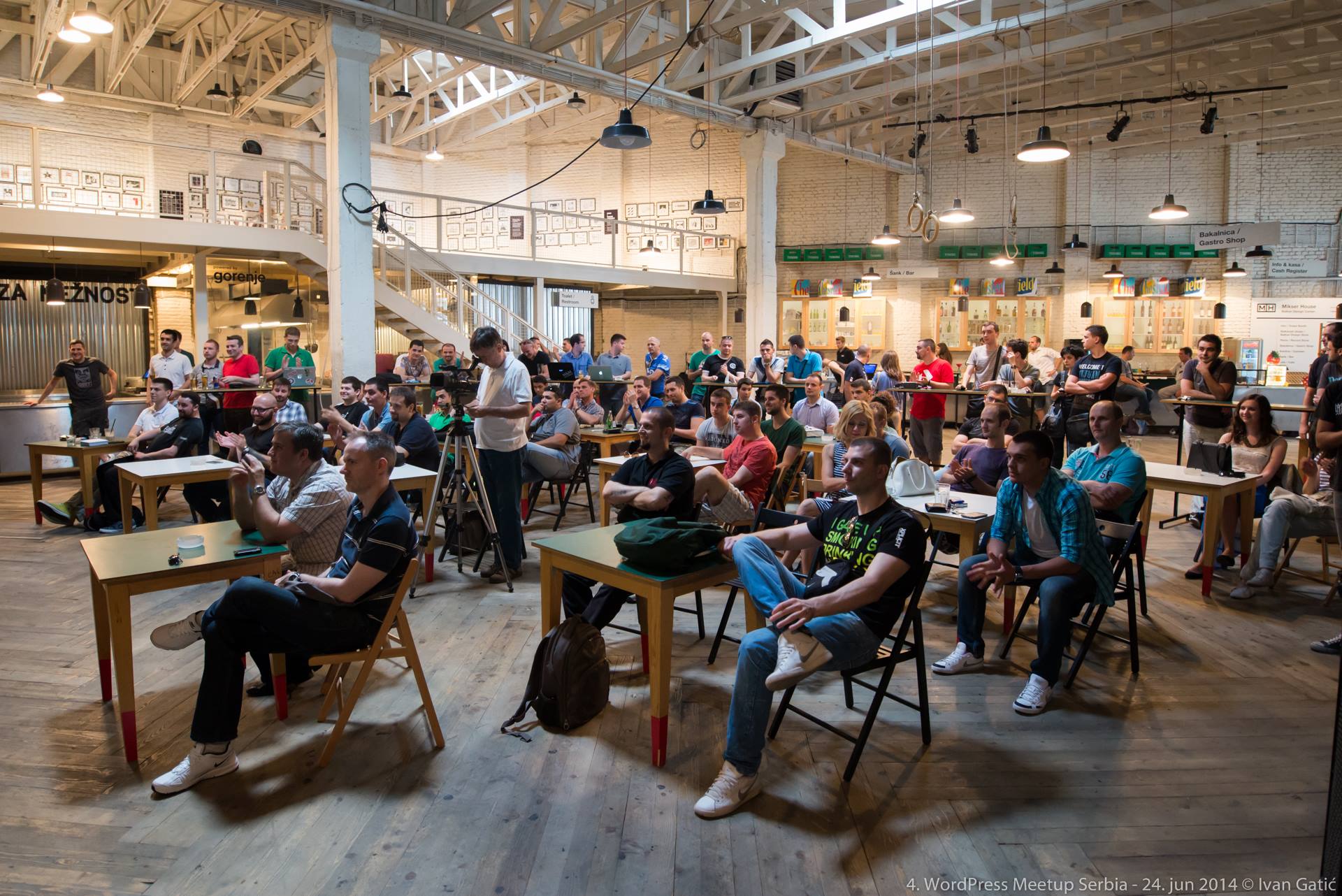 Prelovac is a prolific plugin developer and founder of ManageWP, which was host to the first Serbian WordPress meetup in early 2013. Over the past two years, he’s watched the community go from virtually non-existent to hundreds of people.

“The WordPress community in Serbia is very, very young. It all started with a meetup held in the ManageWP’s office in early 2013, which hosted around 30 interested people,” he said. “But then it all went very fast from there. Three more meetups were organized since, with around 100 people attending each meetup.”

In a couple of weeks, the number of Serbian WP meetups will expand to five. The use of Meetup.com is not very popular in Serbia, so Facebook has been instrumental for organizing events. The WP Serbia Facebook group counts nearly 600 members, many of whom will be in attendance at the upcoming WordCamp.

“WordPress has been quickly recognized as a project that is easy to get involved with,” Prelovac said, commenting on the community’s growth. “People were eager to find out more on how they can contribute or start a business based on WordPress. For example, on the very first meetup we had the Themes Kingdom guys speaking about their theme business, which spawned a couple of theme-based businesses, some of which are already very successful.”

He also attributes the community’s growth to the energy and dedication of its organizers. “Milan Ivanović is leading the organization effort, as well as Marko Heijnen, who is playing an important role in making this community better known and recognized in the broader WordPress community. Our COO Ivan Bjelajac is also helping with logistics, promotion and local speakers.”

Milan Ivanović has been working with WordPress for six years. He is currently the Frontend Team Lead at Razor Communications, a Serbian-based digital agency, and is one of the organizers for WordCamp Serbia.

“People in Serbia saw the opportunity in getting hired remotely and that’s got to be the key to our rapid growth,” he said. “The open and helping community was also a solid foundation.”

During the first WordCamp Europe in 2013, Ivanović met Marko Heijnen, and the two agreed to put more effort into pushing the local WordPress community. “At that very same WordCamp, I met Milan Dinić who, for the past seven years, has been helping with the Serbian version of WordPress and everything that comes with it,” he said.

Shortly after that time, the group started organizing and formed a team of people to help with future meetups. “Up to the second WordPress Meetup we weren’t sure how many people would attend and we were shocked when around 100 showed up. We saw the same number of attendees at the following meetups,” Ivanović said.

In May 2014, WordCamp Serbia organizers were approved to work on hosting a WordCamp in Belgrade. At the moment, they have capacity for 200 attendees.

The Belgrade metro area is home to approximately 1.65 million people, nestled between the Sava and Danube rivers. Economic freedom is on the upswing, which is one of the factors that make it an excellent place for businesses to thrive.

While the area has many WordPress-based businesses, Prelovac said that most WordPress professionals elect to be freelancers, finding ample opportunities in the very diverse commercial market created by WordPress.

“[pullquote]It only took a couple of known WordPress local businesses to make the initial spark, and the community basically exploded from there[/pullquote], growing, maturing and becoming an organization on its own in a very short period of time.”

Ivanović shares the same outlook on Serbia’s job market for WordPress professionals. “Programming and development in general are blooming in Serbia and this whole region in the last couple of years. WordPress just caught that wave.

“More people are turning to freelancing or starting their own business each day,” he said. “Although there are lot of companies and start-ups specialized in building either clients websites or selling premium themes, through WP Meetups I can see that overall interest in WordPress is growing fast and we will work and try our best to bring WordPress to even more people in Serbia and the region.”

According to Prelovac, Serbian companies are very open to using open source software, especially startups. He has been at the helm of several successful commercial endeavors and believes that the region is ripe for entrepreneurs. “I’d say it was never better. The tech and startup scene in Serbia is blooming, giving a lot of opportunities to energetic, smart, and capable people.”

Ivanović echos that recommendation. “My advice for all of them is to start WordPress business ASAP! No matter how hard we try, still there are lots of websites that needs redesigning, and WordPress is the best solution for clients, nine out of ten times,” he said.

The entrepreneurial spirit is alive and well in Serbia and top talent seems to be readily available to companies in the region. WordPress is becoming one of the most important factors in the improved economic outlook for freelancers and small businesses.

Working Together with Neighboring Tech Communities

The WordPress community in Serbia has a healthy relationship with neighboring communities, especially those in Croatia, Romania, and Bulgaria that share a similar history. “Our best relationship we have is with the PHP community in Serbia, but that one came pretty naturally for all of us,” Ivanović said. “There’s a large percentage of the same visitors attending WordPress and PHP conferences and meetups.”

The WordPress community also receives enormous support from the Serbian Startup community, which serves to encourage the local IT community to start innovative and successful entrepreneurial endeavors.

The community is also well connected with WP Croatia, and the two groups are working on organizing a special event to bring the communities together.

The Future of the Serbian WordPress Community

Organizing the first WordCamp Belgrade comes with its own set of unique challenges, which Prelovac identified as “inviting interesting speakers, attracting people wanting to visit Serbia and meet with this new community as well as discover the beauties of our country.” Belgrade isn’t yet a popular tourist destination, so the event is likely to be very focused on the local community.

“The WordCamp will no doubt be a huge deal for the further expansion of the community. I expect it to have several thousand members by the end of the next year,” he predicted.

Ivanović said he also predicts exponential growth as the result of bringing together the regional community for the event. “It feels like all the people here in Serbia and the whole region have been waiting for something to happen to make that small push over the edge and into community.”