Limited Edition R2-Wapuu Will Debut at WordCamp London this Weekend 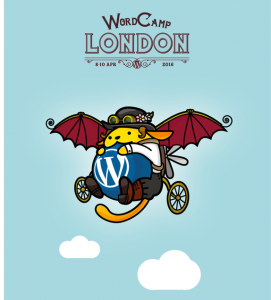 Last year WordCamp London introduced “Wapuunk,” its 1970’s punk style wapuu, to the world, igniting a new wapuu craze for WordCamps held in the Western hemisphere. The 2015 event had commemorative stickers printed along with a Wapuunk-embroidered scarf for attendees. Shortly thereafter, nearly every WordCamp organization team began designing their own custom wapuu mascots.

WordCamp London 2016 will take place this weekend at the London Metropolitan University. The event’s official wapuu will be printed on stickers and may be incorporated into other vintage London-inspired WordCamp swag.

Wapuu collectors in attendance this weekend will want to arrive at the event early, as a limited edition R2-Wapuu has also been designed in honor of the WordCamp. UK-based designers Gemma Garner and Scott Evans collaborated on the R2-D2-inspired wapuu and printed a small batch of 100 stickers. Approximately 600 people are expected to attend this year’s event, so only the lucky few who hunt down Garner or Evans will receive an R2-wapuu sticker. An .svg file of the design will be sent to the official wapuu archive on GitHub if you want to print your own. 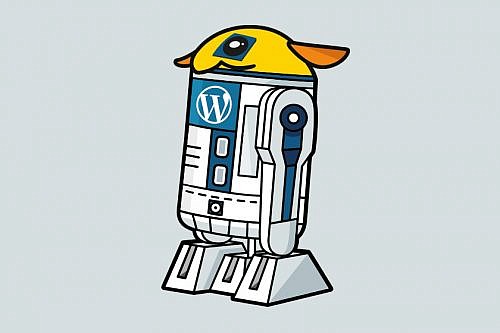 WordCamp London 2016 will kick off in less than 48 hours. A film crew will be creating a documentary about this year’s event, bringing the camera behind the scenes to capture footage that doesn’t usually make it to WordPress.tv’s educational archive. The event is nearly sold out. Last minute WordCampers hoping to attend should purchase their tickets ASAP, because there are only 45 spots remaining.