WordCamp Karachi is happening on August 4, 2018, and organizers are expecting more than 400 attendees. Karachi is the largest city in Pakistan with a population of more than 30 million people. Its airport connects the country to other international cities and smaller cities within Pakistan are available by rail or bus. Organizers behind the camp are overcoming a rocky history that has plagued the planning of WordPress-related events in the country for the past several years.

At the close of 2015, Pakistan was on track to host its first WordCamp in Lahore, building on momentum from the phenomenal growth of the local meetup group. Muhammad Kashif, one of the organizers, was averaging 200-500 attendees at meetups and his team’s application to host WordCamp Lahore was approved for 2016.

The meetup events, which attracted young students, developers, freelancers, and entrepreneurs, had grown so large that Kashif was having to close registration ahead of time because they were exceeding the capacity of the venue. Organizers expected 400-500 attendees at the WordCamp before it was cancelled after several delays near the end of the planning stage. 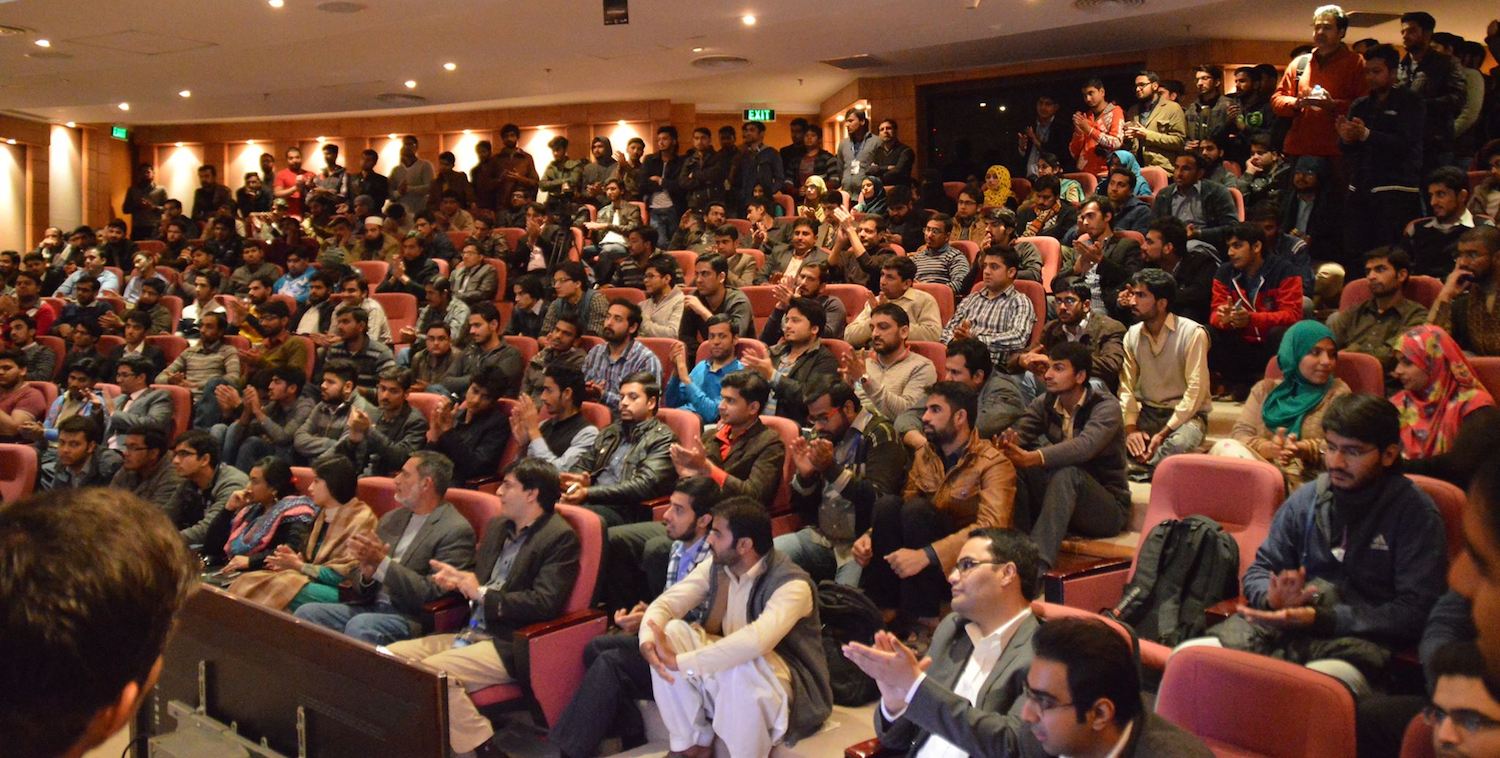 After contacting the WordPress Community team for the reason why it was cancelled, I received an official response from representative Hugh Lashbrooke:

Sometimes a WordCamp doesn’t make it all the way from pre-planning to being an actual event — occasionally due to logistical challenges, but other times because of broader concerns. In this case, once the WordCamp planning was underway, some tense dynamics arose within the local team. Everyone worked really hard to reach a positive solution, but we weren’t able to move forward with the event in the end.

Cancelling an event is never anyone’s preference, to be clear, but it is also a customary response when it’s clear that collaboration isn’t possible in the short term. Local organizers are always encouraged to reapply as soon as the barriers to collaboration have been resolved.

Lashbrooke also cited issues with the camp’s budget for the venue organizers selected. He said the situation was thoroughly investigated before the camp was cancelled and that they would never take that kind of decision lightly.

WordCamp Lahore organizers gave me a different report on what happened and were disappointed with the decision from the Community Team.

“Representatives from the Foundation cancelled the camp in the last stage based on a complaint from one person out of a community of 3,000 people,” Kashif said. “The Foundation made a direct decision of cancellation without giving me a chance for explanation as the Primary Organizer. I suggested the Foundation conduct a survey from the whole Lahore community to know the facts but they had already made the decision to cancel.”

Kashif claims there was no disagreement between the organizers, because the community member in question, Ahmad Awais, was never part of the original organizing team.

One member of the planning team agreed to speak to me anonymously about why he believes the camp was canceled. He claims that Awais fractured the team after his request to be given a prominent position in the organization was denied.

“Ahmad Awais started hijacking Kashif and his team,” he said. “He was not a lead organizer at all, but on the planning team. Instead of contributing, Ahmad wanted to speak at every meetup and didn’t spend time with organizing team. He broke the team and started pointing fingers at Kashif and the existing organizing team. He was NOT there until WC Lahore was approved. He joined the team after that.”

Multiple leaders from WordCamp Karachi’s 14-person organizing team, who wish to remain anonymous, have reported that Awais also requested to be named keynote speaker and was unhappy with the team after they told him that speaker decisions do not work like that. Several said they feared his retaliation against the camp, given they previously had no recourse with the Community Team after the experience of WordCamp Lahore getting shut down.

Awais is not attending WordCamp Karachi and has declined to answer any questions about WordCamp Lahore due to personal reasons.

Kashif received hundreds of messages from the community after the event in Lahore was cancelled. He had been working since 2013 to bring a WordCamp to the area. He said that while the Community Team was helpful with other queries he had, he was disappointed with how quickly the camp was cancelled.

“I worked tirelessly for years to get a WordCamp to Lahore and grew the community from 430 to 2600 in one year but the Foundation didn’t even give me a chance to explain before canceling WC Lahore, Kashif said. “I am a bit disheartened by that action.”

Kashif is now helping with other WordCamps, including Karachi and NYC. He is also willing to work to re-establish a WordCamp Lahore in the future.

“Like me there are lots of other WordPress enthusiasts in Pakistan who want to participate in WordCamps but not everyone can do that outside of Pakistan due to financial or visa reasons,” Kashif said. “I was accepted as a volunteer in WordCamp Europe but couldn’t join due to visa issues. I have seen so much excitement for WordCamp Karachi in the WordPress community across the whole country. Everyone is willing to help to make it a successful event so that there are more frequent WordCamps in Pakistan. The first one is so important as it will set expectations of outcomes of a WordCamp for people who are new to these events.”

WordCamp Karachi organizers are attempting to move past the Pakistani WordPress community’s checkered history of contention. They are also eager to distance themselves from the conflict that took down WordCamp Lahore.

Usman Khalid, lead organizer of the camp, said he has put in a lot of effort asking organizers and volunteers to work together, regardless of the credit they will receive, and focus on the community.

“I want to spend time on having a positive impact for this country, avoiding any kind of noise,” Khalid said. “The Pakistani WordPress community is vibrant in many ways. We have around 6,000 plus WordPressers in our community, with people who are selling their products and services worldwide.”

Khalid said there are many users in Karachi, Lahore, Islamabad, Peshawer, and Faisalabad who are doing well with WordPress but are not yet connected to the community or participating in meetups and events. People from all over Pakistan will be attending the event as their first exposure to the WordPress community. Sessions will mostly be conducted in English but a few will be mixed with Urdu, the regional language.

Khalid has experienced many growing pains in bringing the event to a community that is new to understanding how WordCamps work. In a country that is notorious for its censorship, WordPress’ mission of democratizing publishing has the potential to change many lives.

“Since this is first Wordcamp, many people even don’t know about it,” Khalid said. “Those who know want to be a speaker, or any lead role that can promote them. When we tell them it doesn’t work like this, they are mostly get annoyed.”

Tech publications around Pakistan have not been exposed to WordCamps either. Khalid said several of them have asked for money in order to cover the story of the event, unaware that the purpose of the camps and meetups is not to translate everything into business but to give back to the community.

“I am simply working to actually deliver first and prove that this community can create a positive impact,” Khalid said. “I am sure after Wordcamp Karachi, the entire community within Pakistan will flourish, regardless of what happened in Lahore.” He said he hopes the next camps will be even more interesting in the future and that WordCamp Karachi will help to create new jobs and more businesses in Pakistan.