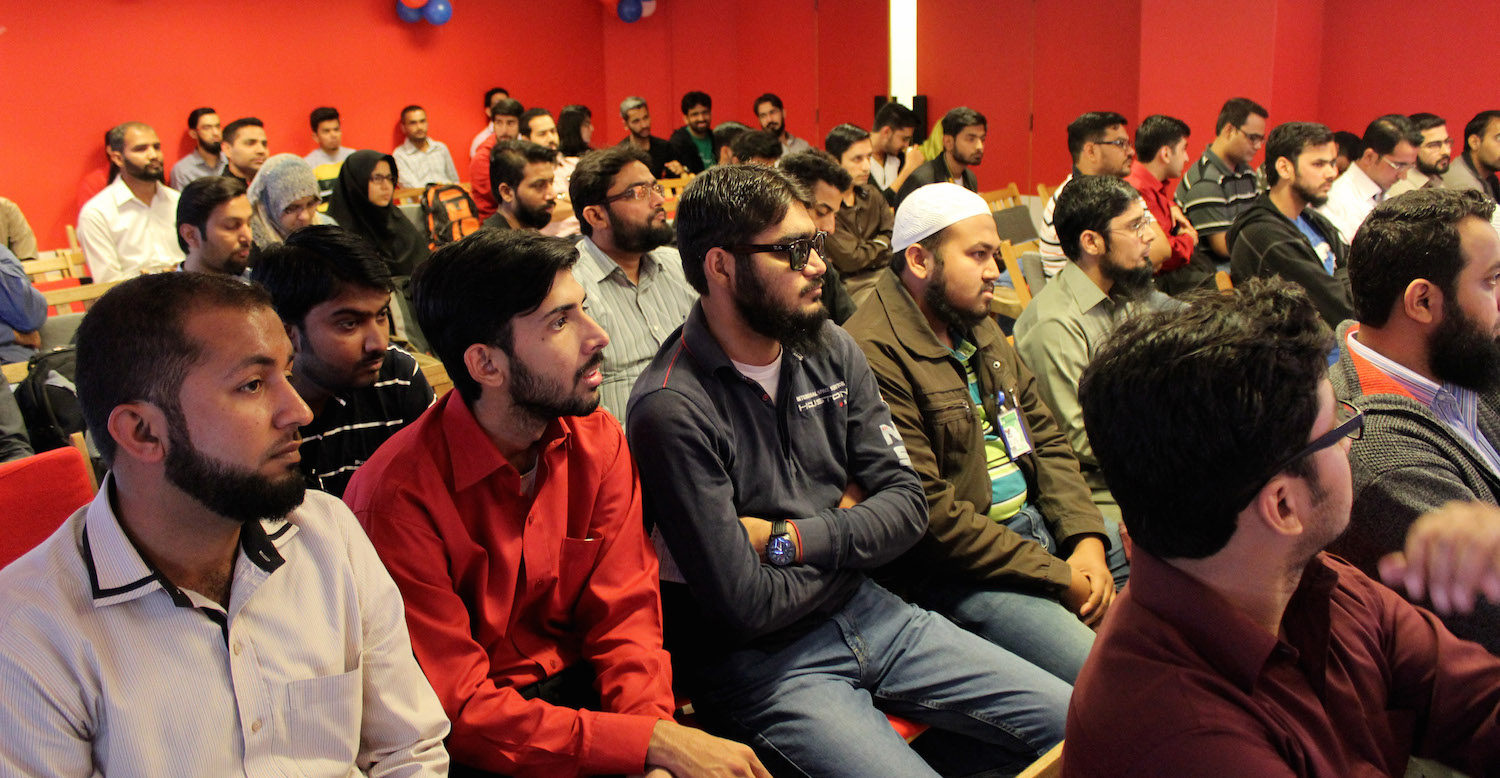 The WordPress community in Karachi, Pakistan held its first meetup last weekend led by Waseem Abbas. The gathering drew 125 attendees and organizers have been receiving positive reviews and feedback.

The meetup featured two sessions, one on “WordPress Security” by Ahsan Parwez and the second on “WordPress Possibilities” by Usman Khalid. I spoke with Abbas who said that organizers were surprised by the depth of WordPress knowledge among the attendees.

“We were expecting a beginner level audience,” Abbas said. “But when they started asking questions of the speakers, we were amazed. It is clear now that we should have more advanced discussions in future meetups. For the smaller beginner audience, we will be focusing on short live sessions.”

Karachi, with a population of 25 million people, is one of the largest cities in the world. Pakistan’s WordPress community is growing rapidly, as evidenced by the local meetup in Lahore that recently passed 500 attendees. Karachi is five times the size of Lahore and has the potential to be home to a much larger WordPress community.

“Pakistan is ranked 3rd on freelancer.com and most of the projects are based on WordPress,” Abbas said. “It shows how people are using WordPress to change their lives in Pakistan. Many of the big WordPress companies have employees working from Pakistan.”

Feedback from both Lahore and Karachi organizers indicates that the WordPress community in Pakistan is extensive, but 2015 and 2016 are the first years that leaders have emerged to get everyone connected.

“People are working on different WordPress projects and websites professionally but are not connected with each other,” Abbas said. “WordPress is used by hundreds of bloggers and developers, but they don’t have a platform to connect.

“After this meetup we have seen many business collaborations and idea sharing in the community,” he said. “It is a positive gesture and real motivation for us to scale the meetups in future.” The next Karachi meetup is scheduled for February 27th.