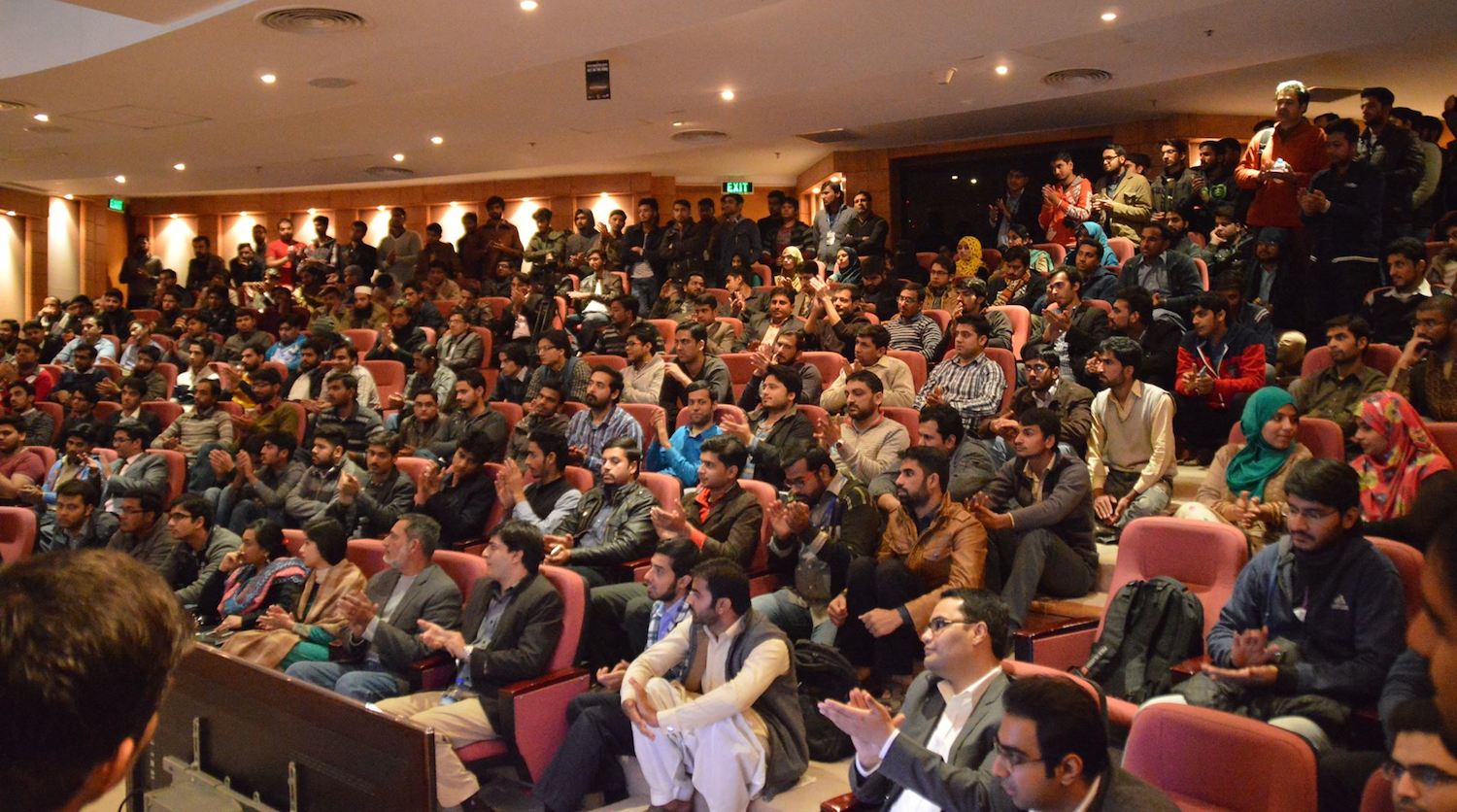 Over the weekend, the WordPress community in Lahore, Pakistan held its third monthly meetup. The first meetup had just a few dozen attendees, the second approximately 300, and this weekend they had more than 500 WordPress professionals and enthusiasts.

Attendee Noumaan Yaqoob traveled from Karachi to the event and shared his experience in a post on Facebook:

“The auditorium was full of young students, experts, freelancers,” Yaqoob said. “There were people sitting on stairs, standing at the entrance and the organizers had to quickly install a large screen outside so that people could sit outside too. The energy of these young people was mind blowing.

“I had a chance to interact with lots of participants,” he said. “They were all excited about using WordPress in their professional lives and many of them already had small freelancing setups. I was very impressed by their passion for entrepreneurship and creating jobs not just for themselves but for others too.”

Muhammad Kashif, one of the organizers for the Lahore meetup, said that news of the event spread through an extensive network of Pakistani freelancers who are connected by social media. ProPakistani, a local IT news site, also published an article that helped new attendees learn about the event.

“We had to close registration two days before the event because we didn’t have space,” Kashif said. He and fellow organizers, with the help of 25 volunteers, printed directions, arranged refreshments, and managed the crowd. As the meetup is still very new, they put the event together without the help of any official sponsors.

“We got a free venue from TechHub Connect, the local co-working space provider,” Kashif said. “The rest we managed from our own pockets. We wish we had more resources, but we will continue to do our best to educate and inspire the local WordPress community.”

Kashif hopes that the event will attract more sponsors but wants to be careful to preserve their purpose and focus.

“We welcome anyone who wants to join us but we would like to maintain the independence and the freedom of WordPress,” he said.

Paving the Way for WordCamp Pakistan 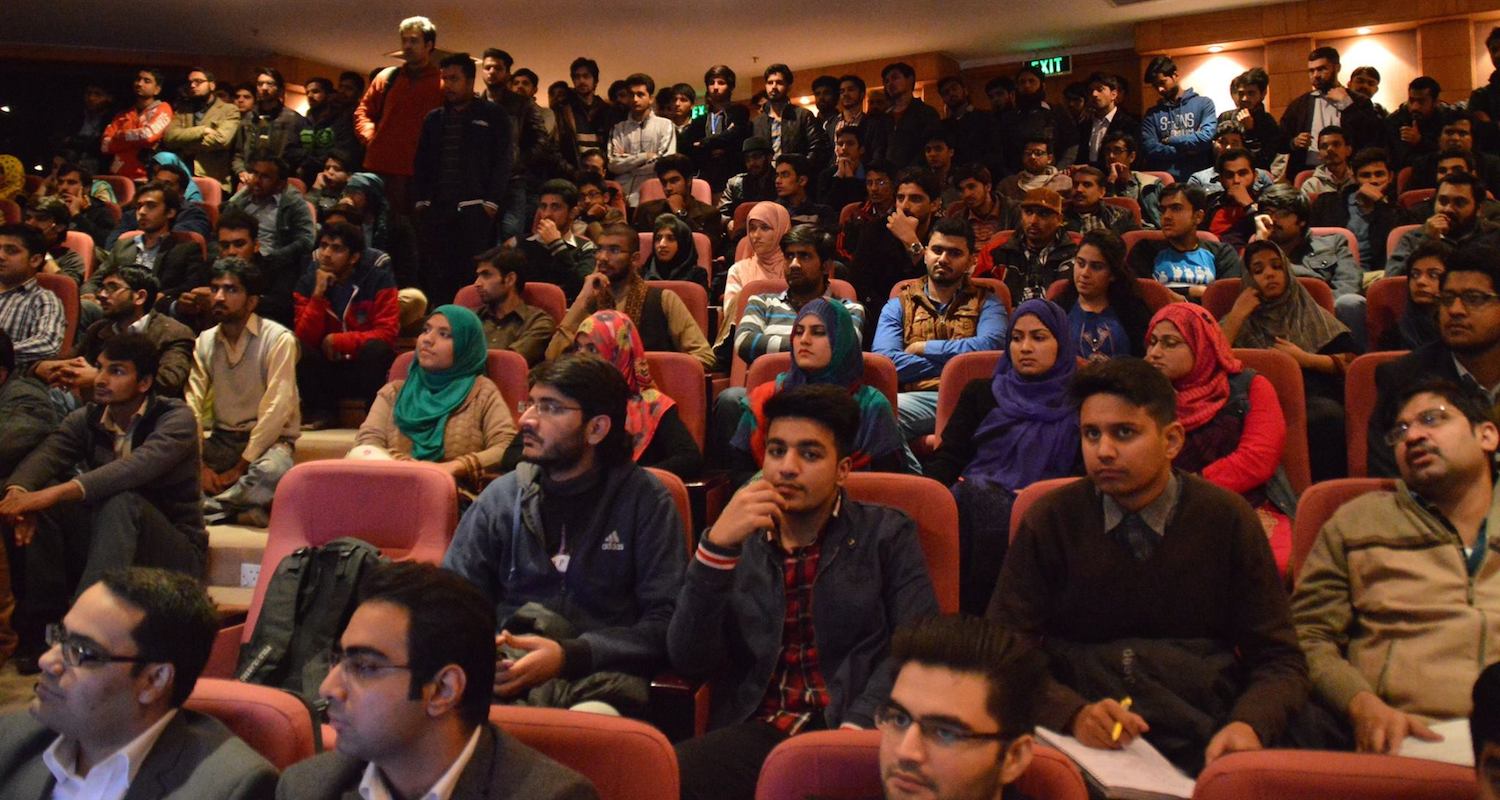 Organizers of the Lahore WordPress meetup expect even more attendees at the next event on January 16. They are working together with other active meetups in Karachi, Sialkot, and Hyderabad to organize WordCamp Pakistan as a mega event in September 2016. The WordPress Foundation is currently reviewing their application.

English and Urdu are the primary languages used by the WordPress community in Pakistan, so the WordCamp would be accessible to many more attendees from outside the country.

“Pakistan is a very multilingual country,” Kashif said. “But English is the unofficial official language. So most of the sessions are in English but the speaker or presenter may switch to Urdu to make their presentation even more interesting. We actually don’t even notice when someone has switched from English to Urdu and vice versa,” he said.

WordPress and other open source technologies open up a world of new employment opportunities to freelancers in developing nations like Pakistan. This has helped fuel the growth of the Lahore meetup, which is now largely made up of freelancers and entrepreneurs.

“The local economy is struggling, which is pushing young individuals to start their own businesses or improve their skills,” Kashif said.

“WordPress offers great employment opportunities as one can work from home and does not need a visa or immigration,” he said. “The ease and familiarity with English helps Pakistani freelancers work easily with clients from all over the world.”

Although some Pakistani professionals work in well-known WordPress-related businesses as remote support, customer care, or developers, a larger number are freelancers who have formed small companies and are creating new jobs.

“Pakistan has a large user base of WordPress freelancers and developers,” Kashif said. “We feel it’s about time we put it on the map and tell the world about the huge potential we have here.”