Despite the recent proliferation of plugins that add git-based version control to WordPress, your average user does not require a full-blown version control system as part of regular site management. Developers can certainly benefit from tools like Revisr and Gitium for managing projects with Git, but the vast majority of WordPress users are more likely to benefit from a simple “undo” button for mistakes or bad updates.

WP Rollback is a new plugin that brings the concept of an “undo” button to updates for plugins and themes hosted on WordPress.org. It allows users to easily rollback to any previous (or newer) version without the hassle of manually downloading files.

Clicking the Rollback link will take the user to a screen where he can select from a list of previous versions or update to newer ones. 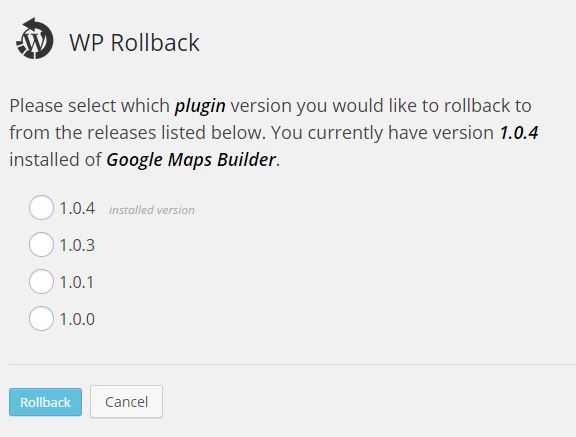 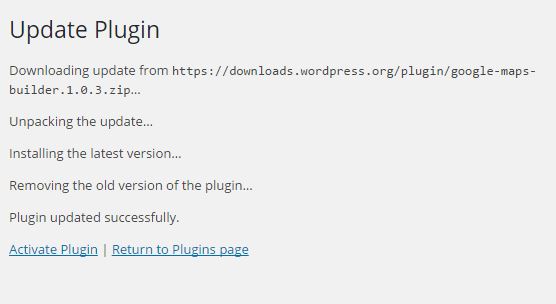 While using older versions of themes/plugins is not generally encouraged, there are times when it’s unavoidable. For example, some plugin authors routinely push out buggy updates, seemingly without having run any tests on them, and then rely on their users to discover and report the problems. It can sometimes be 24 – 72 hours before the author has the chance to push out a fix to the buggy update. WP Rollback allows users to quickly revert to the previous working version of the plugin.

As themes hosted on WordPress.org do not yet have change logs, there may be times when a user updates to a new version of a theme where the author has made some major changes to the markup and/or styles. Without a changelog, the user has no idea what is included in the update or how it might impact a child theme or plugin’s output. WP Rollback gives you the ability to test a theme update and quickly rollback if necessary until you’ve had the chance to get your site ready.

Most WordPress users do not have a development environment in place for putting software updates to the test before rolling them out. They simply expect updates to work, but there will always be those rare instances of unforeseen conflicts and bugs. Having WP Rollback in place should help users to be less wary about taking updates, since they know they can easily rollback if something goes wrong.

WordImpress, the folks behind WP Rollback as well as the new Give plugin, encourages users to backup their sites before performing plugin/theme updates or reverts. Ideally, you would test any changes in a development environment first to ensure that everything works as planned. WP Rollback is available for free on WordPress.org and documentation can be found on GitHub.