WordPress enthusiasts from around the world tuned into the fourth edition of WordSesh this past weekend. WordSesh is a free virtual WordPress conference that lasts for 24 hours. Since none of the viewers or speakers have to travel from their homes, the sessions generally have a more casual, intimate vibe than what you might experience at a WordCamp.

“We feel that our unique format continues to encourage a new way of communicating WordPress related presentations to the masses,” said co-organizer Scott Basgaard.

WordSesh organizers used the Crowdcast platform to stream the event while offering live chat for viewers. Unfortunately, Crowdcast doesn’t have support for mobile, which Basgaard said greatly affected the event’s live stats as compared to previous years. Crowdcast also required registration to view the event, which did not allow for anonymous viewers as in years past.

WordSesh 4 had an average of 100 viewers for every session throughout the 24 hours. According to Basgaard’s most recent reckoning, 816 people have watched the event so far. The top 10 countries for viewership this year included:

Basgaard reported that the top city for WordSesh was Brisbane, followed by New York and London. This global heatmap displays the general areas of the world where WordSesh 4 viewership was clustered: 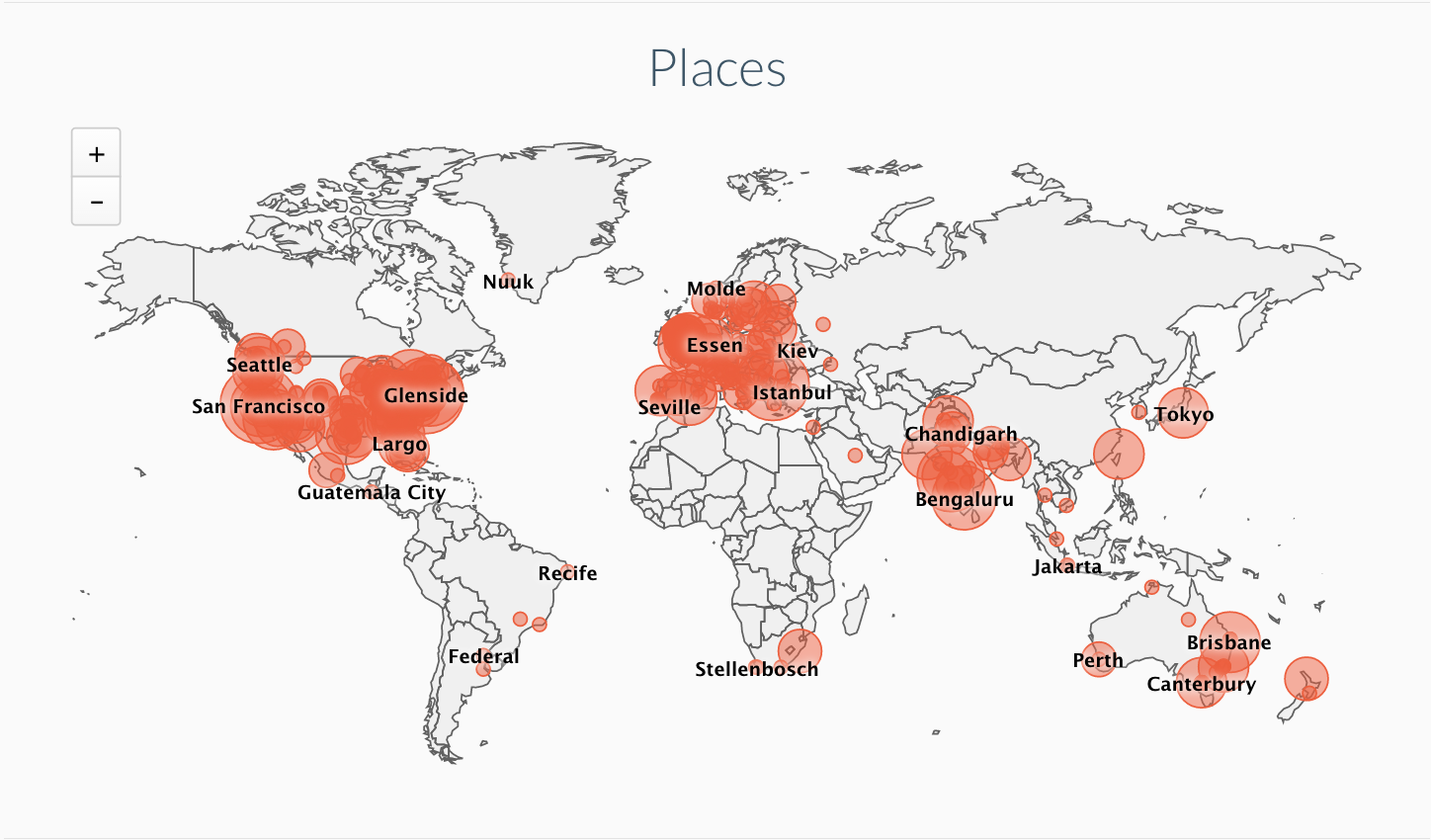 All 24 hours of the event were recorded and can be replayed now on Crowdcast.io. Hover over the dots at the top of the screen to navigate to different sessions. If you’re not sure where to start, Basgaard shared the top five most viewed sessions of the event:

Basgaard said he is definitely on board for WordSesh 5 after a bit of hibernation. He said the team will likely put out a survey to get feedback regarding the platform used for the event. They also plan to improve the ability to participate via mobile next year.