Last year the WordPress Stats page was updated to provide more sophisticated methods of collecting and processing the data, causing some dramatic shifts in the data reported. As of last week, the pie charts have been redesigned to display that information with a more pleasant color scheme and new data for languages is now available to the public.

For years the WordPress stats page has featured WordPress versions, PHP versions, and MySQL versions. Many of those who are involved in supporting and updating WordPress sites are particularly interested in the PHP version stats. With PHP 5.5 reaching end of life this weekend, roughly 80% of all WordPress sites will be running on PHP versions that are no longer supported.

The new data that breaks down installs by language is much less grim and offers a window into locations where WordPress usage has the opportunity for more growth. Although the pie chart is somewhat difficult to navigate, it’s easy to note the largest segments: English (US) takes the biggest piece of the pie at 53.9%, followed by Japanese (5.8%), German (4.9%), Spanish (4.5%), and French (3.4%). 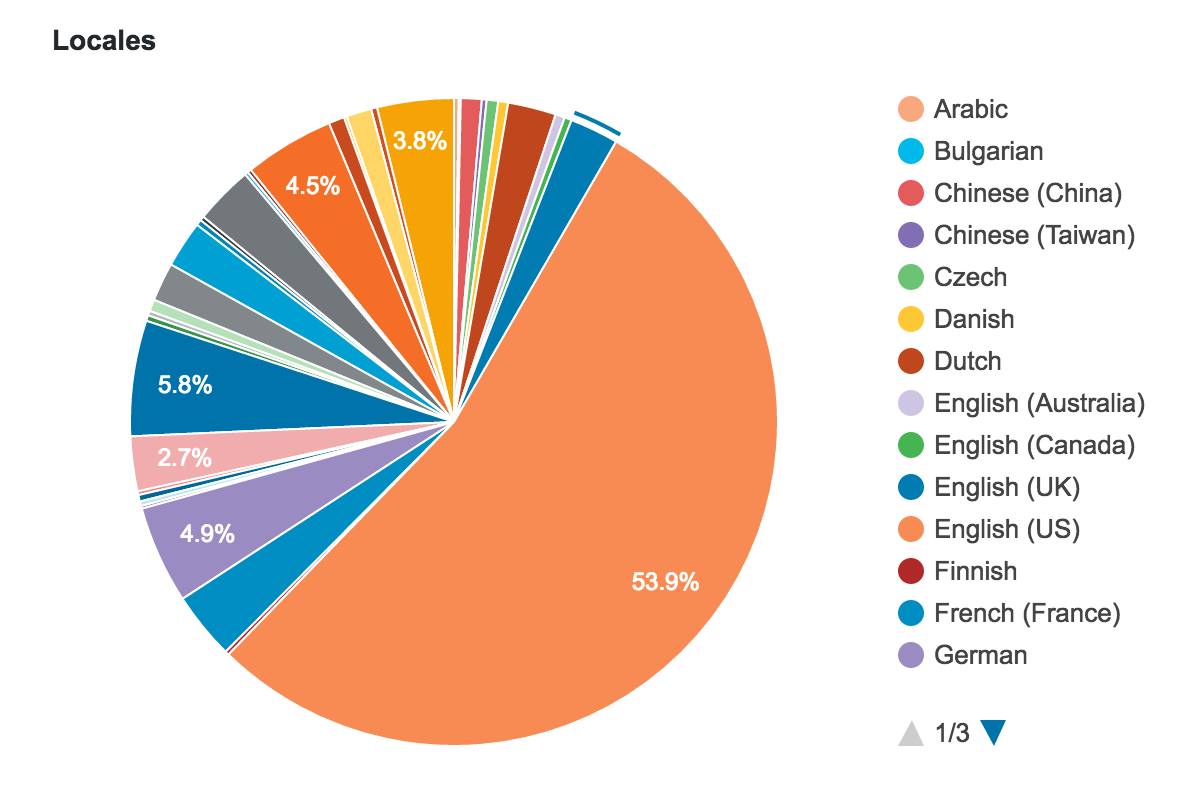 Contrasting this information with the world’s most widely used language families (Chinese, Spanish, English, Hindi, Arabic, and Portuguese), shows that WordPress usage is highly concentrated in just one of the top six languages. Chinese is the most widely spoken family of languages but it comes in at just 1% of WordPress users. WordPress, which is not among the most influential blogging platforms used by native Chinese speakers, has tremendous room to grow there as well as in the Spanish, Hindi, Arabic, and Portuguese communities.

Translations are key to making WordPress available to people in non-English speaking parts of the world. The Polyglots team is slowly making progress translating more of the top languages. As of April this year, WordPress was 100% translated into Marathi, the 19th most spoken language in the world with an estimated 73 million native speakers. This was the direct result of the Global WordPress Translation Day, an event which had a powerful impact on connecting local communities for translation sprints.

It would be great to be able to monitor the new language stats over time to track the growth of WordPress usage in different locales, but only the most recent data is displayed. As WordPress’ market share grows internationally and the percentage of English-speaking users gets smaller, it will be interesting to see how that affects the project in terms of prioritizing the creation of better ways to support multilingual content.