PHP 5.6 usage has steadily increased over the past year and has now overtaken versions 5.3 and 5.4 to be the most widely used version, according to W3Techs’ stats. PHP is used by 82.6% of all the websites for which W3Techs can detect a server-side programming language. PHP 7 accounts for 3.1% of these websites and PHP 5.x makes up 95.3%, with version 5.6 usage at the top end. 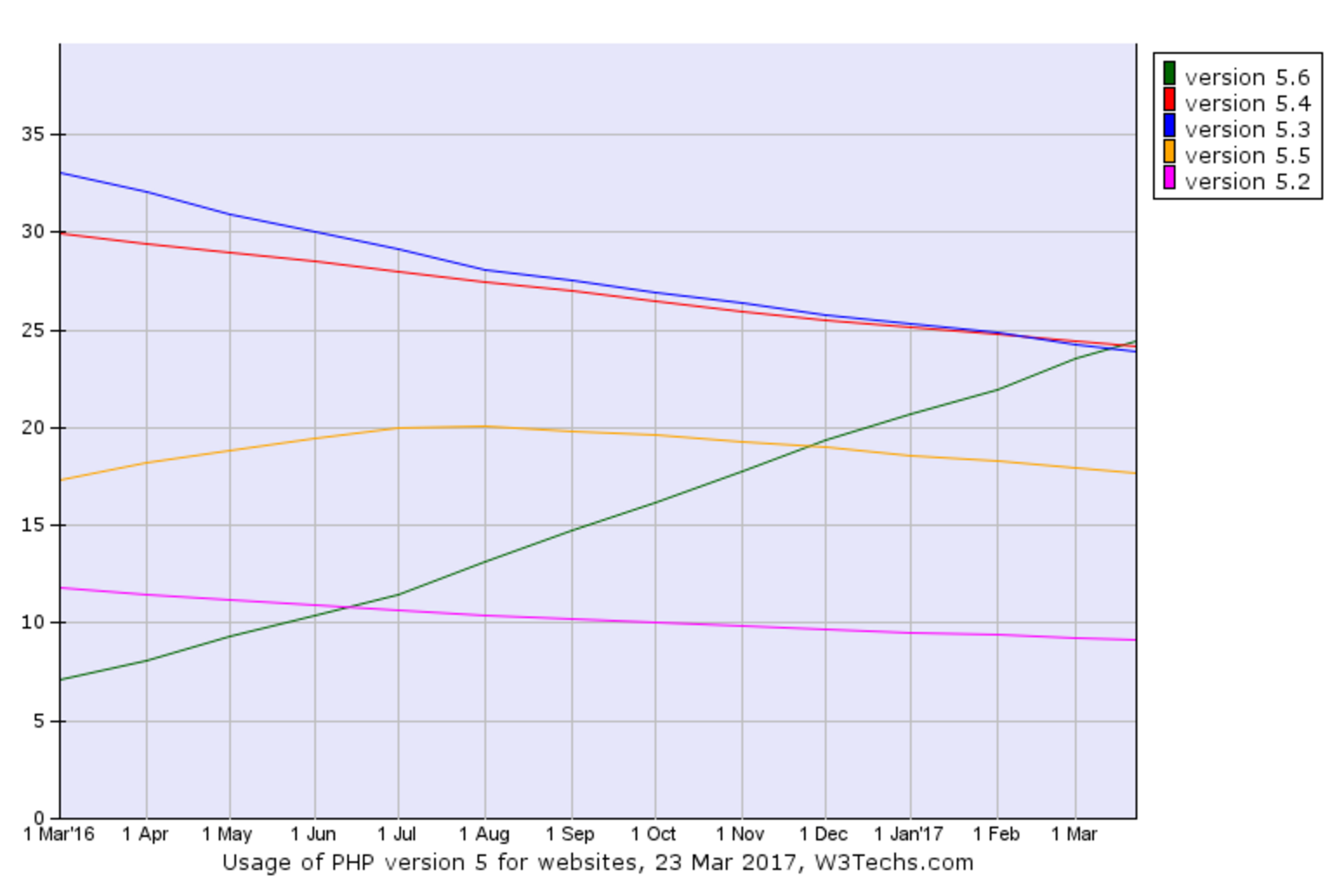 PHP 5.6 overtaking older versions is a significant milestone for the PHP community, since it still receives support for critical security issues until December 31, 2018. The older versions that previously dominated usage reached End of Life in 2015 and 2016 and are no longer receiving security updates.

Adoption of supported PHP versions is somewhat slower in the WordPress community. According to the project’s stats, more than half of all WordPress sites (55.6%) are using unsupported versions of PHP (versions 5.2 – 5.5).

In early December 2016, WordPress updated its hosting recommendation to PHP 7+, which should help new users who are approaching hosts to request their sites be put on newer versions of PHP. In addition to these recommendations, WordPress’ strategy in the past has been to cultivate relationships with hosts to help improve host configurations for users. The project recently launched the Make WordPress Hosting community to facilitate collaboration among those with hosting experience. Participants are currently working on documenting best practices, including recommendations for PHP versions offered, and providing tools for the community.