If you find yourself constantly referring to the Codex or searching for a commonly used template function, consider bookmarking this WordPress Cheat Sheet created by Trevor Niemi. Launched in February of this year, Niemi created the site after seeing a pixelated image of the same information published to Reddit. When asked how often the site is updated, Niemi says he’s “actively updating it when Codex changes occur and when a good suggestion is submitted by a user.”

The cheat sheet has a listing of functions you can copy and paste into your work. Several of the functions are linked to their corresponding Codex pages for more information and general usage. There’s also a PDF link making it easy to save and view the information offline. 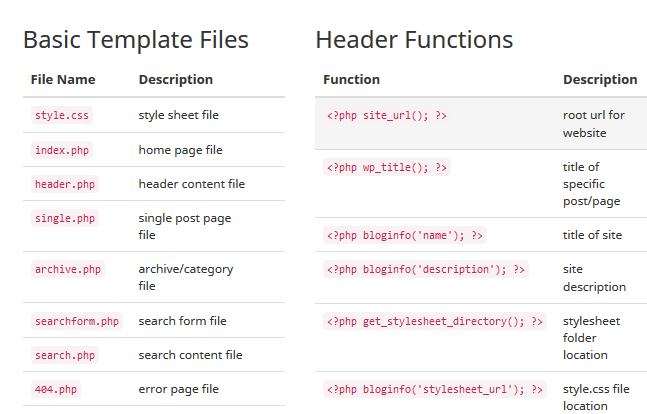 When asked whether the site would expand to cover more information, Niemi responded, “future thinking, or expanding, is tricky. I really don’t want to alienate the user base by trying to churn a profit or anything like that because of how fickle developers are in general when things change and the nature of what a simple cheat sheet should provide a user.” Although he has some ideas, he hasn’t been able to dedicate time or attention to the site.

Since the site launched, WP-Cheatsheet has received 15,000 total visits with an average of 100 per day. Niemi says, “the site has become a fun, no stress project that I think people actually use which makes me happy”.

If you’re looking for more code resources, we recently wrote about the launch of the official WordPress code reference site. Also take a look at Hookr.io to see an alternative approach to viewing the code that powers WordPress.