WordCamp Miami Kids’ Workshop Launches the Next Generation of Bloggers

WordCamp Miami celebrated its 5th anniversary this year, drawing 770+ people to the event. The organizers also hosted their first WordPress beginner’s workshop for kids as part of the Sunday activities.

Tammie Lister, Kathryn Presner, and I worked together to lead the workshop, along with volunteers Noel Tock, Mika Epstein, and Suzette Franck. The session was geared toward kids aged 8-12 and each child attended with a parent. We had two hours to give an introduction to WordPress and help the kids set up their own blogs. At the end of the morning, each child had published a post to the internet.

Personally, this is most likely the proudest photo from #wcmia : Our 1st Kid’s Workshop. pic.twitter.com/KecwSCwVM5

Lister designed the slides for the presentation with a Minecraft theme, which ended up being a big win, since the vast majority of the kids present were wild about the game. She used aspects of Minecraft to help us explain the concept of open source, WordPress blogging tools, themes, commenting, subscribing, and making friends online.

We guided the kids through signing up on WordPress.com to create a free blog. A couple of them already had blogs on a network hosted by their parents, but most of them were experiencing WordPress for the first time, including many of their parents. I came away from the workshop with three observations regarding kids and WordPress.

1. WordPress is Easy for Kids to Use

The most time-consuming aspect of the workshop was getting kids signed up to WordPress.com and making sure everyone recieved the confirmation email. Not all of the kids had their own email addresses but those who didn’t were able to use a parent’s address. Once inside the WordPress admin, the kids took to blogging quite naturally and didn’t require much hand-holding. 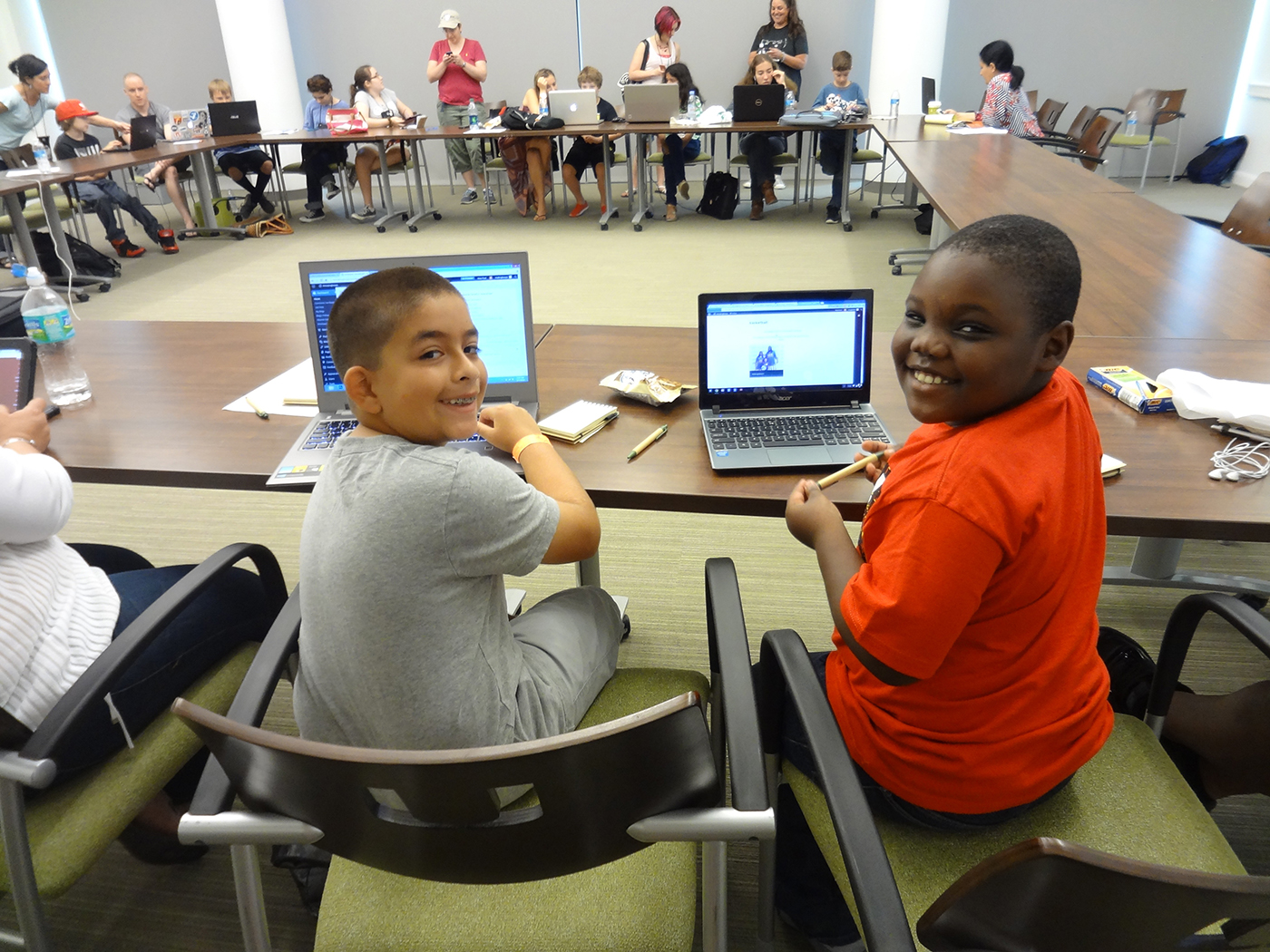 After publishing their first posts, the kids linked up to comment on each other’s blogs and discovered the comment notifications and relevant admin screens on their own. Adding images/media was no sweat for them and many were eager to publish additional posts after the first one.

2. The Joy of Publishing is Timeless

One might think that the concept of blogs would be old news to kids who who have never known a world without the internet. While media and technology analysts, who count themselves on the cutting edge, like to proclaim that blogs are dead, these kids are discovering publishing for the first time. 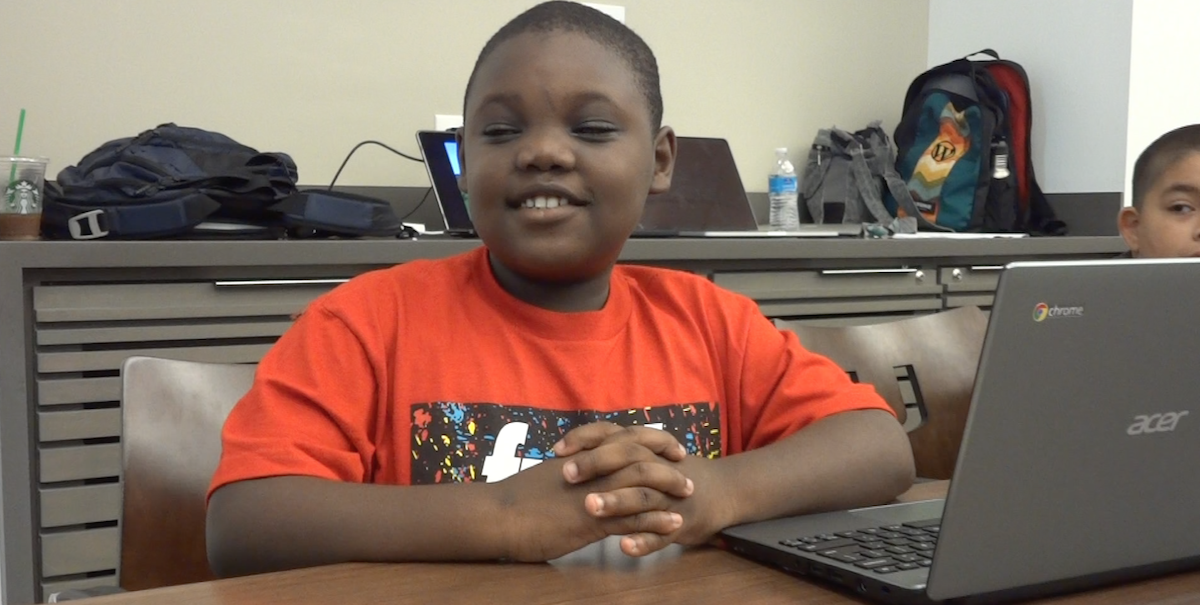 Upon hitting the “Publish” button, workshop attendee Jahdin, pictured above, put his hands in the air and shouted, “I just published my first post to the Internet!” His blog was about his ninth birthday party and included a picture from the event. I asked him what he plans to write about in the future, and he said, “I plan to blog about how life was when I was a kid.”

If you can remember back to the thrill of publishing your thoughts to the web for the first time, that’s exactly what we saw in the kids’ reactions to putting their first posts out there. WordPress gives them a place to record their thoughts and experiences in a way that can be shared with friends and relatives who want to follow their adventures.

Jahdin’s plan to “blog about life when I was a kid” is one of the most common reasons many of us started blogging in the first place – to record our own history. This is the next generation of people building the web. Putting the power of publishing in their hands and introducing them to new ideas, such as open source software, gives each child a simple framework for understanding themselves as a person with a voice on the web.

The first kids workshop at WordCamp Miami was a great success and it seems that even more advanced kids workshops would go over well, based on the response. Learning the basics of themes, plugins, and WordPress core would be interesting things to explore with them, as some of the older kids seemed eager to know more about the building blocks of WordPress.

WordCamp Miami isn’t the only event to host a workshop for kids. Both WordCamp Phoenix and WordCamp Albuquerque have held similar events. The workshop in Albuquerque is so popular that they’ve brought it back every year for the past three years.

While WordCamps have always been open to people of all ages, having a dedicated session tailored for kids is an investment in the future publishers and makers of the web. Watching kids get excited about WordPress was one of the highlights of the event for me. If you have an active meetup group or are part of organizing a WordCamp, you might consider adding a session or even a track for kids. Helping them publish their first posts is an inspirational way to experience WordPress for the first time all over again.