WordPress 3.9 made huge strides toward improving the theme customization experience by adding widgets to the customizer for live previews. But have you ever thought about the possibility of setting up your WordPress menus within the customizer?

Nick Halsey is tackling this as part of his Google Summer of Code 2014 Project and has just released an alpha plugin for testing the menu customizer. It will be under heavy development throughout the summer and certain features will require core patches. Using the plugin requires the latest trunk version of WordPress (4.0).

Halsey explains his larger vision for the project in the original proposal, which reaches beyond simply bringing menus into the customizer. The goal is to help mature the customizer into a tool that can realistically be used for live editing anything on the frontend, in cooperation with the planned frontend content editor:

Once the Customizer is feature-complete, we can begin to experiment with alternative approaches to accessing the customizer, making it feel more like an editing mode on the front-end of the site, alongside the front-end content-editor

He is developing the plugin with backwards compatibility and with the hopes of it being something that can be added to core later this year, although there are no guarantees. In the revised project scope, Halsey suggests that the menu customizer could potentially replace the existing menus screen for supported users. At the beginning of August he plans to prepare a core patch for the plugin merge and draft a proposal for its inclusion in core.

A Preview of the Menu Customizer Plugin

The Menu Customizer provides a convenient way to assign locations for menus within the theme’s available options: 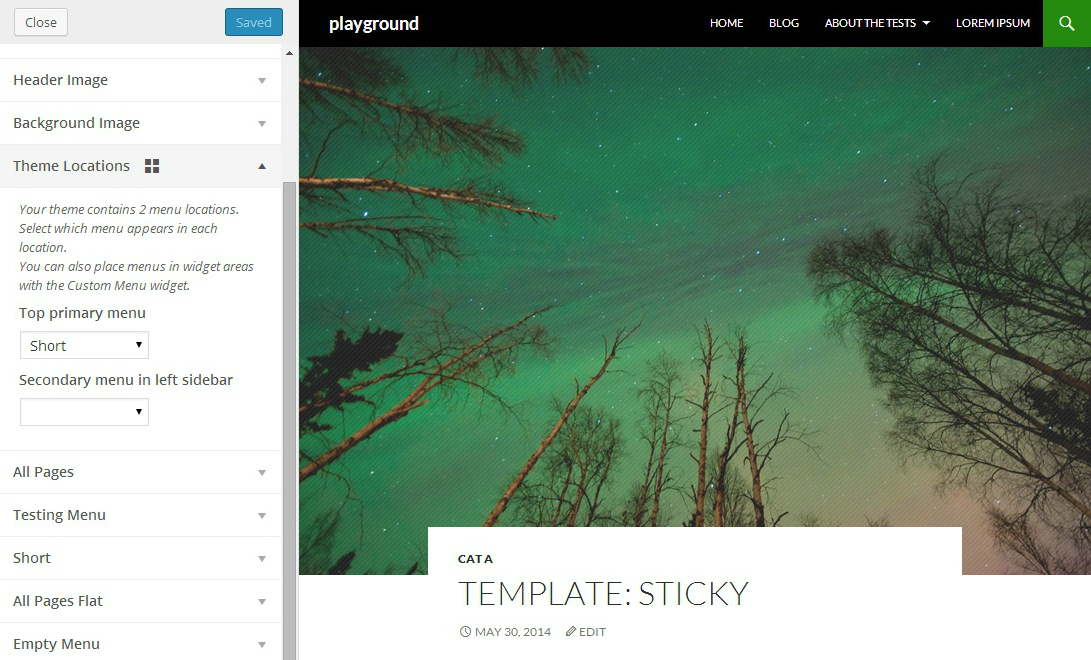 It also allows for editing, reordering, deleting, and adding individual menu items within any menu:

Currently, the process of adding links seems rather complex and a bit chaotic, even for a seasoned WordPress user. Longer menus and those that are deep-nested have the potential to become quite unwieldly to manage within the narrow customizer controls area. 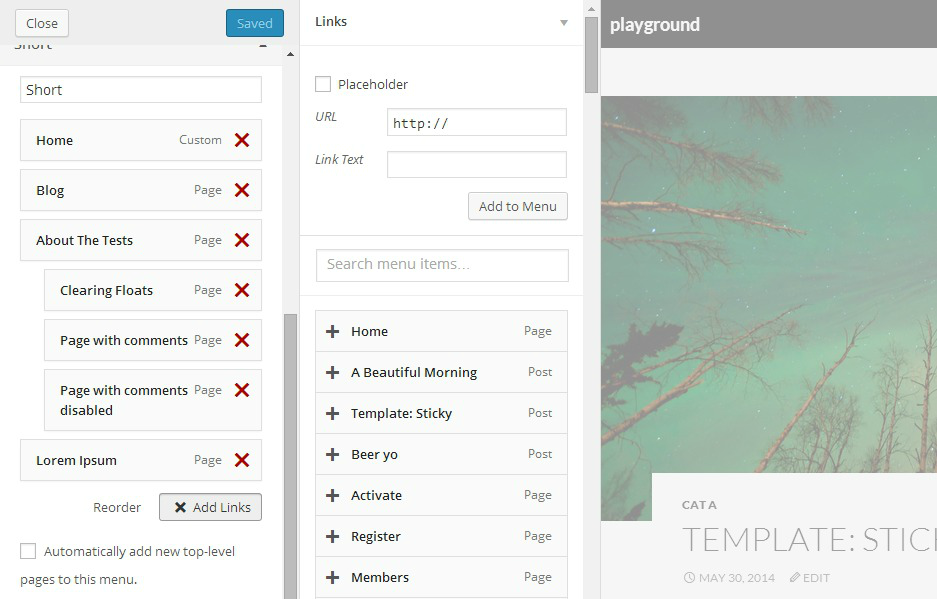 Halsey is well-aware of these challenges and in the coming weeks he will be addressing the need to implement screen options into the new menus interface. His GSoC project includes time for working through outstanding issues with implementation and responding to UI/UX feedback from the core team and community.

The ability to customize menus and set their locations within the theme customizer is convenient, especially for those who are new to WordPress. Finding just a few options in the customizer while also having to hunt around the dashboard to make other frontend changes can be confusing. One of the more difficult challenges here will be for UI/UX contributors to ensure that menu management in the customizer is just as easy as it would be in the dashboard.

To follow along with the progress, check out the revised scope and its related core patches. If you’re feeling adventurous and want to try out the plugin, make sure to install the Menu Customizer on a test site only, as it’s still very alpha and not yet ready for use in production.