New WordPress Trac Features Have Been Ported to bbPress and BuddyPress

So far, 2014 is the year for making over WordPress Trac. Over the past couple weeks and during the holidays, Andrew Nacin has implemented a host of new features that make it easier for contributors to collaborate with one another, get better ticket notifications and work more efficiently with new reports and keywords for sorting tickets.

Yesterday Nacin posted that he has now ported over most of these new features to other tracs hosted on WordPress.org (meta, bbPress, BuddyPress, GlotPress, themes and plugins), including:

Remember those pale yellow colored tickets? Trac is looking much better with projects using their own skins: 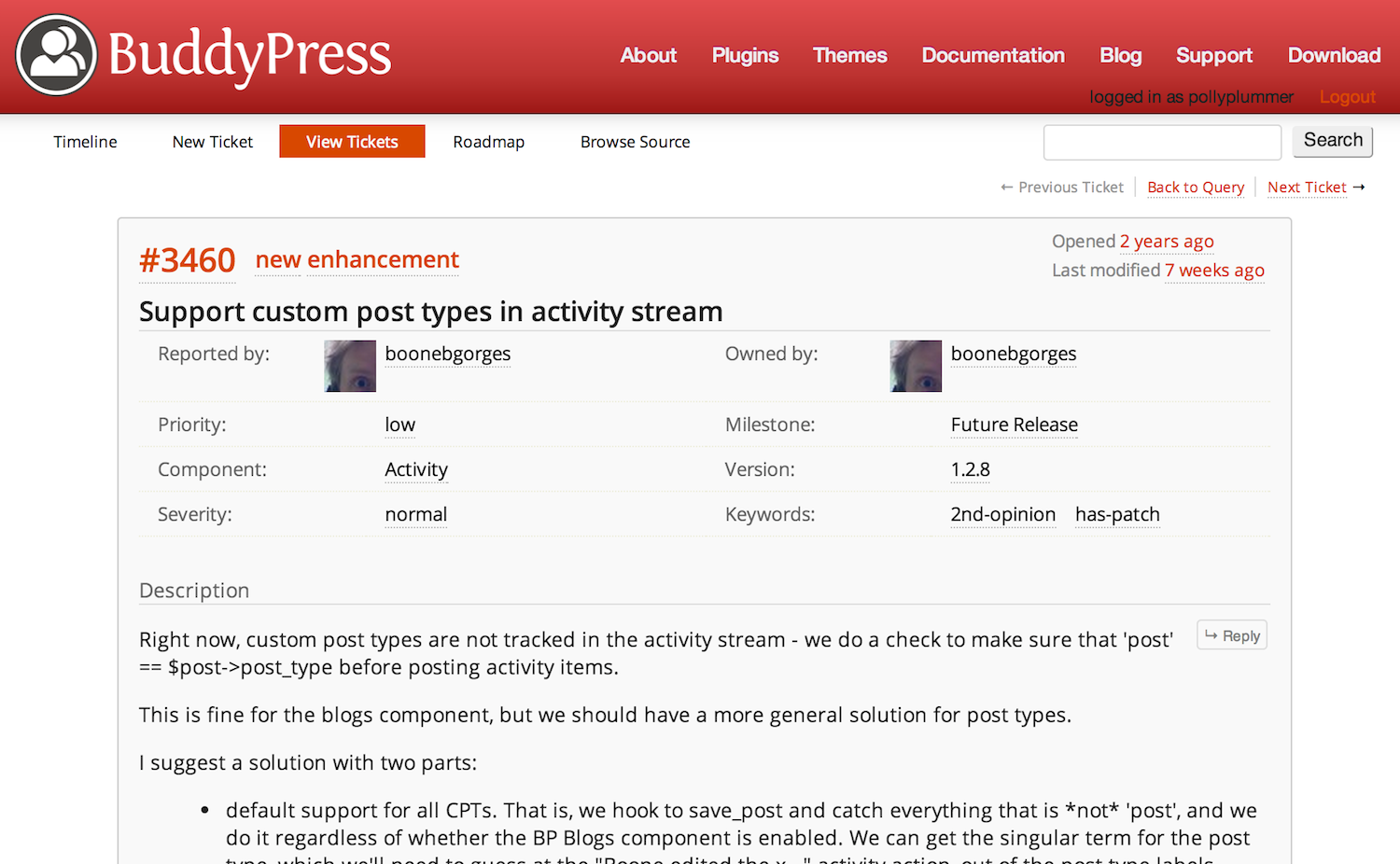 As BuddyPress, bbPress and other large projects use trac in a similar way to WordPress, it only makes sense that the new features would be ported over. It be awesome to have the same ticket-starring and per-ticket notifications features that have been added to the WordPress trac. Nacin said that these features are on their way:

Notifications are coming very soon to BuddyPress, bbPress, GlotPress, and meta. Probably in the next few days. Once a Trac is running the new notifications feature, that means it has been migrated to MySQL, which means the data is more accessible to the rest of WP.org, as well.

Nacin has also been experimenting with design/functionality of the plugins trac, which is looking pretty snazzy already:

He’s still working to add links from the plugin directory to these new pages, which could make things interesting for plugin authors. He also plans to add per-plugin notifications where committers will be subscribed by default. If you’re a plugin developer, watch for these changes to be added to WordPress.org in the coming days.