WordCamp Lahore is getting rebooted on November 30 – December 1, at the National University of Computer and Emerging Sciences. The first edition of the event was planned for 2016 but was derailed by local disagreements and ultimately canceled. For the past three years organizers have worked to strengthen their local meetup groups and follow suggestions from the WordPress Foundation before reapplying.

WordCamp Lahore lead organizer Muhammad Kashif said his team is expecting more than 350 attendees, with the majority of them coming from the local community. The Lahore WordPress meetup group is thriving and has grown to 4,383 members who regularly meet in various groups across the area.

“We still have attendees from other cities and in closing I encourage them to start local chapters and offer any help they need,” Kashif said. He works as a Master Trainer for a government training program called eRozgaar that trains unemployed youth in more than 25 centers across Punjab. The program was launched by the Punjab Government in March 2017 and WordPress is a major part of the eRozgaar curriculum.

“I manage the WordPress curriculum and in a recent update I have included community building, which is about Meetups and WordCamp events,” Kashif said. He reports that eRozgaar trainees have collectively earned more than $1 million US dollars to date after going through the 3.5 month-program.

“The program is making a big impact, especially for women who can’t go out for jobs,” Kashif said. “They are making good money from freelancing and WordPress is playing a big part in that.”

Kashif attributes some of Pakistan’s current economic challenges to a rapidly growing population and poor planning from past governments. The job opportunities have not grown as fast as the population, which was one of the reasons the government created the eRozgaar training program.

As the result of having WordPress in the curriculum that is used across so many areas of Punjab, new meetups are starting to pop up in other cities. Salma Noreen, one of the program’s trainers who Kashif worked with, started a meetup in Attock and is the first female WordPress meetup organizer in Pakistan. She plans to apply for WordCamp Attock in 2020.

“Attock is a small city but love for WordPress is big and I am so happy to see other women participating in the WordPress community,” Noreen said.

“Every year, 1000+ people graduate in this city after 16 years of education. But we don’t have many jobs in this small city, so a small number of people who are backed by financially good families can move to other big cities like Lahore and Karachi for jobs and learning opportunities. The remaining people’s future is always a question mark.

“Being a woman, I was more worried about women, as we have a cultural barrier that most women cannot get permission to relocate or go out of home for a regular 9 to 5 job. Introducing them to WordPress and then guiding them on how to find online clients has helped many to earn a decent living from home.”

For the past 10 years, Noreen worked primarily as a freelancer and has completed more than 3,500 projects in web development. She is mentoring new WordPress users in her city to become successful freelancers and online store owners using resources like Udemy courses, YouTube, public blogs, and the WordPress codex.

“I am still struggling but yes I am confident that one day everyone will be making enough from home,” she said.

The Attock WordPress meetup is averaging 60-70 attendees in recent months, where members share their knowledge, experience, and best practices. For many of those attending, the meetup group was their first introduction to the software. Noreen describes the local community as “crazy about WordPress” and eager to have their own WordCamp in 2020.

One meetup member, Uroosa Samman, is a graduate of Environmental Science studies but is now working with WordPress after attending the monthly meetups.

“I didn’t have any WordPress or coding background during my education,” Samman said. “It was difficult for me to learn tech things. The meetups were very helpful and motivational for me, so I decided to start working in tech. Since the events were organized by a female organizer, it was comfortable for us to attend. I am able to provide my services as a freelancer and I am developing my own WordPress e-commerce store. If I get stuck in any issue related to WordPress, I immediately contact this community and they are always ready to help each other.”

Shahryar Amin, a recent college graduate, was uncertain about his future until he discovered WordPress through Noreen’s support and the Attock meetup:

Just a few months ago, I was completely devastated financially. Pakistan is going through turbulent time, and its economy has never been performing this low. So, fresh graduates like me had their dreams absolutely shattered, when after four months of rigorous effort, we were unable to find a source of livelihood. That was truly a testing time.

Moving back to my small city, I was not much hopeful for the future. My hometown, Attock, is a remote city with limited opportunities to advance one’s career. But ironically, that turned out to be a wrong assumption. I moved back to my city after nearly four years, and it had some phenomenal changes which I couldn’t resist noticing. The most
impressive of them was WordPress meetups.

That was the first time I became familiar with the platform. I was curious, and that got me to the very first meetup organized by Ms. Salma Noreen. She is a remarkable soul, and I can’t thank her more for putting up such effort for an ignored city like ours. I learned my basics from these meetups, and as my interest become my passion, I was spending more and more hours on learning WordPress through the internet. I had no programming skills, but fortunately one don’t need any to setup a website on WordPress.

As I delved further into it, I discovered some very useful plugins, like Elementor, Divi and Visual composer, and at that moment I decided to become a designer using WordPress. I won’t say that I have become an expert in WordPress, but I am paying back the community by sharing my knowledge as a speaker at the very last meetup on July 30. Also, I have been working as a freelance designer on various online platforms, and WordPress expertise has truly been rewarding me financially.

Attock resident Sania Nisar has a degree in software engineering and used to spend several days creating a simple website before discovering WordPress. She has never had any formal training through paid courses but is now working as a WordPress professional with the knowledge she gained from attending WordPress meetups and online resources.

“WordPress Attock is playing a vital role in empowering women in my vicinity,” Nisar said. “It is difficult for the women of Attock to travel to big cities like Islamabad to gain knowledge. However, WordPress Attock has efficiently solved this problem by providing an engaging learning platform for the women of this city. Today I am a successful freelancer and a WordPress professional.” 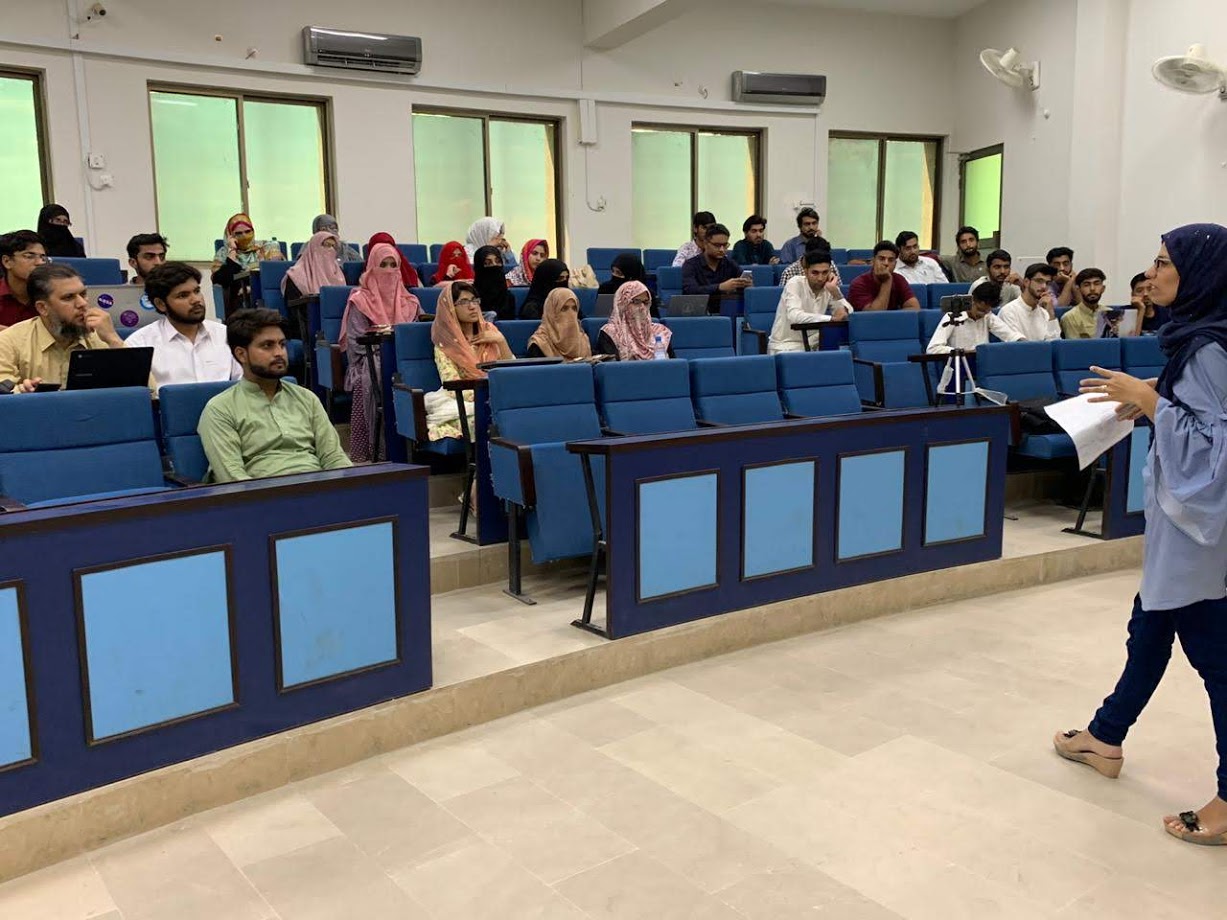 Noreen said her team hopes to bring 15 to 20 people from Attock to attend WordCamp Lahore. The trip is expensive and takes approximately seven hours so not many will be able to make it but there will be other camps in the region that are nearer for Attock residents.

Last year a WordCamp was held in Islamabad, and the second WordCamp Karachi took place in August 2019. WordCamp Lahore will be Pakistan’s fourth WordCamp, held in the country’s second-most populous city. Attendees will have the opportunity to meet and connect with WordPress professionals and enthusiasts from across Pakistan. Speaker applications are open and sessions will be held in Urdu and English. Regular admission is Rs 1,700.00 and tickets are now on sale.