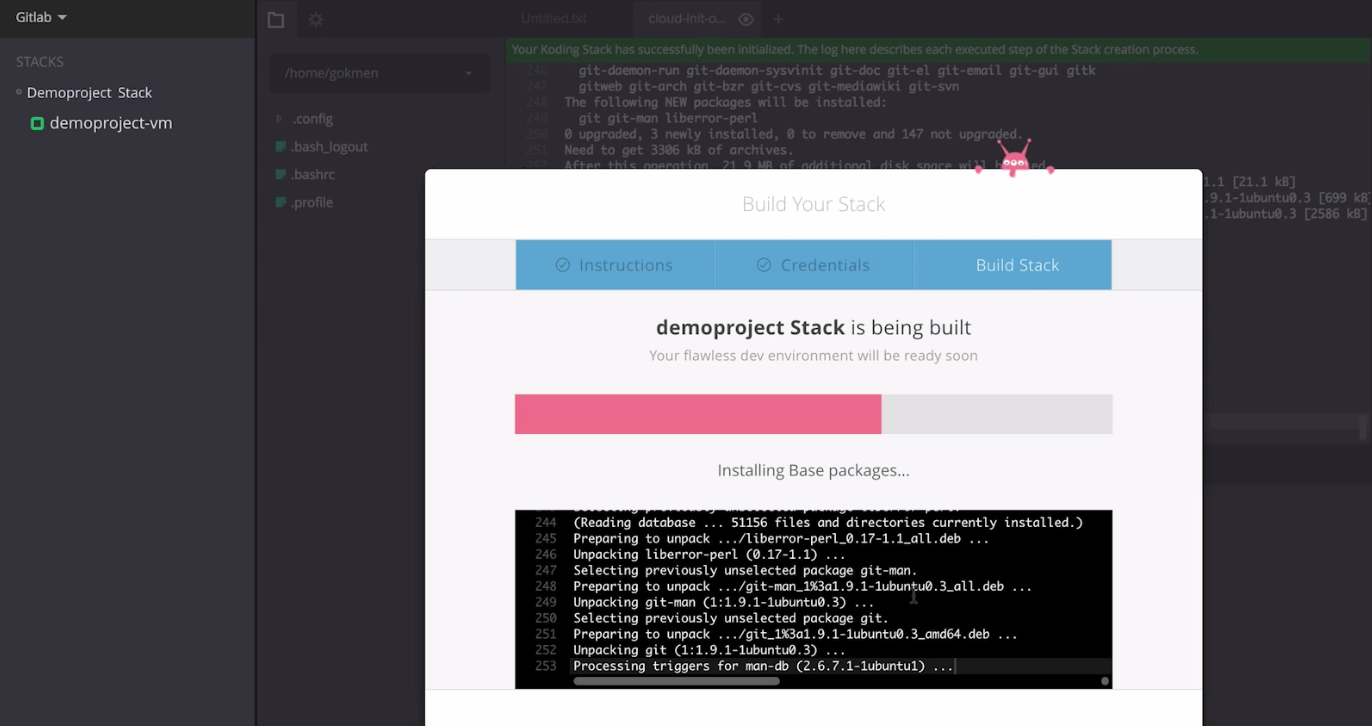 A couple years ago, we published a tutorial for setting up a quick WordPress development environment using Koding’s free cloud-based IDE. The platform allows users to use popular applications or build their own using languages like Python, Java, Perl, PHP, Node.js, Go, and Ruby. Users have access to an Ace code editor and Linux terminal on their own private virtual machines.

At the end of July, Koding open sourced its IDE and announced a new partnership with GitLab. This will bring Koding’s development platform to GitLab’s repositories, making it possible to instantly launch a development environment for any project, including all of its dependencies, with the click of a button.

“Repo owners will be able to manage their own stack scripts, where they can define all of their project’s requirements,” said George Sibble, Koding’s VP of Operations. “Rather than having to follow cumbersome instructions where they have to download and install numerous software packages and then delicately configure them, project contributors can simply launch their development environment and get straight to coding, speeding up their workflow dramatically.”

The news is another interesting development in the GitLab vs. GitHub market rivalry. GitLab has been actively courting disgruntled GitHub customers after the company’s recent pricing hike. GitHub’s slow response to open source project maintainers’ complaints about issue management inspired GitLab to respond with a new initiative to “make GitLab the best place for big open source projects.”

The company’s new partnership with Koding provides a solution to one of the most common frustrations of modern developers, who often spend an inordinate amount of time getting a development environment configured with all the proper dependencies for a project.

“Our vision is that developers should be able to contribute code faster with one-click to build every project, issue, and merge request in a complete IDE,” GitLab co-founder Sid Sijbrandij said. “It means that you can ship code faster and contribute to more projects.”

Another advantage for users is that Koding’s cloud-based IDE doesn’t take up any computer resources. It makes it easy to experiment with new projects, check out merge requests, inspect failing tests, and share public previews on a live server. GitLab plans to add the Koding integration to its community edition within the next few weeks.