In August, GitHub announced Project Paper Cuts, an effort aimed at bringing small improvements to the developer and project maintainer experiences. These are fixes for issues that don’t generally fall within larger initiatives. Some of the first improvements that have already been implemented include the following:

One of the latest improvements allows repository admins to transfer an issue that has been misfiled to another repository where it belongs. At the moment it only works within the same GitHub organization account. Initial feedback from users indicates many would appreciate this feature require push permissions, instead of admin permissions, as there are likely more users who can help in the bug tracker with moving issues, setting labels, and closing bugs.

Issue filed in the wrong repo?

We know your pain! And now we've got a fix.

Repo admins can transfer issues to wherever they belong. 🏘️ pic.twitter.com/rPwNng7ZOl

The “suggested changes” feature GitHub introduced in beta two weeks ago seems to have been adopted fairly quickly by users. Suggested Changes lets users suggest a change to code in a pull request. These changes can be accepted by the author or assignees with one click and then committed. 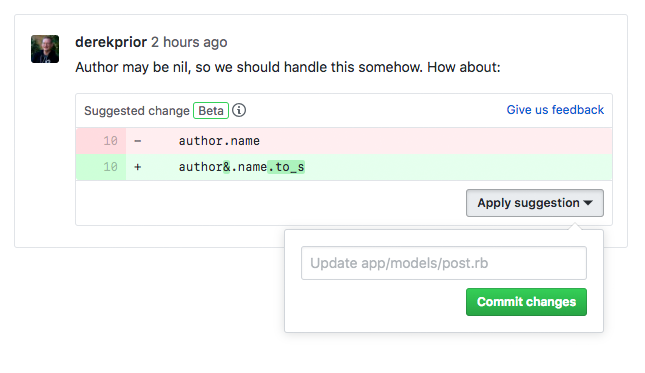 GitHub reports more than 10 percent of all reviewers suggested at least one change. They have received 100,000 suggestions and estimate that 4% of all review commits created have included a suggestion. Based on feedback so far, GitHub put the following improvements on the roadmap for the Suggested Changes feature:

“Full-time open source developer Sindre Sorhus has built a great browser extension that builds on and improves the GitHub experience, along with a fantastic community that has come together to discuss workflows and build their favorite features,” GitHub product manager Luke Hefson said. “Project Paper Cuts has taken inspiration from a lot of Refined GitHub’s additions, and we’re building some of the most-loved features right into GitHub itself.”

GitHub is aiming to be more open and transparent with user feedback after the 2016 fiasco with disgruntled open source project maintainers. These fixes for small annoyances add up in the grand scheme of things to improve project workflow for millions of developers and project maintainers. The improvements are shipping out regularly and are all outlined in GitHub’s public changelog.