October marks nine years since the first commit on GitHub. Over the past few years, the number of tools required to collaborate with teams on projects has increased and are often spread across multiple platforms. Both GitHub and GitLab are racing to make their services more of a one-stop code hosting and collaboration center so that users can eliminate the hassle of using other tools to manage projects.

Today GitHub introduced Projects, a Trello-style board interface with drag-and-drop cards that are integrated with issues and pull requests. The new Notes feature gives users a place to record ideas, instead of having to use the project’s issues queue. 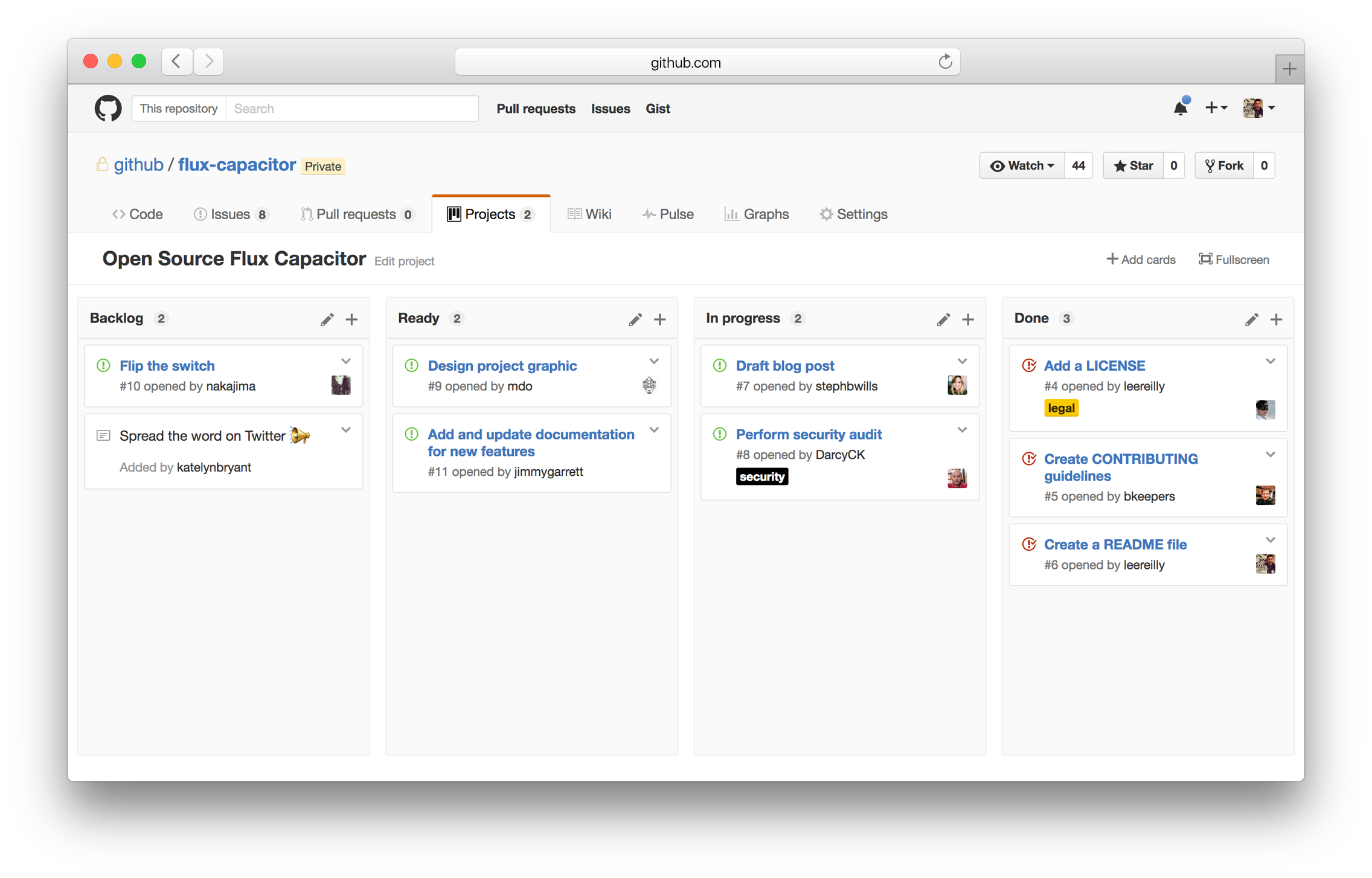 GitHub also unveiled its new code review feature, which is already integrated with pull requests. It allows users to “approve” or “request changes” to pull requests and includes settings for protecting branches from code that has not been reviewed. Reviews can be broken up into multiple code comments and then submitted as a package, which collaborators will receive as a digest email.

GitHub profiles have been updated to show a better snapshot of a user’s activity with a timeline of contributions that is easier to navigate. Users can now feature repositories by pinning them on their profiles via drag and drop.

GitHub also announced improvements to its API for developers who have built hundreds of integrations for the platform. As part of an effort to be more transparent with its engineering roadmap, GitHub published A Public Platform Roadmap to show what the team is working on. The company is also opening early access to its GitHub GraphQL API, used by its own engineers to build the platform’s features.

GitHub boasts a community of more than 16 million developers and will be launching a community forum in 2017 to give them a place to connect with each other and get help. After admitting an egregious disconnect with its open source project maintainers earlier this year, the company appears to be working hard on launching new features that will serve community-led projects and make it easier for developers to offer feedback on what GitHub is building. For a full rundown of GitHub’s new and upcoming features, check out the Universe 2016 summary page.