Not long after the WordPress project adopted Slack as its primary form of communication, David Bisset started using it to help organize WordCamp Miami 2015. The application added real time communication for organizers, speakers, volunteers, sponsors, and the public. He found it to be a helpful addition to the WordCamp’s conference communication tools.

As a new fan of the platform, Bisset decided to build an extension for those who want to use Slack with BuddyPress. BuddySlack is his first plugin released on WordPress.org. The bare bones plugin will send a notice to Slack whenever an activity stream item is generated by any of the following core components:

The plugin allows you send your selected stream of activity posts to a particular channel, private group, or as a direct message to a user on your Slack team. It also includes an optional Slack settings panel within BuddyPress user profiles, allowing them to opt out of having their activities sent to Slack.

In order to use the BuddySlack plugin, you’ll need to set up an incoming webhook via Slack, which can then be entered into the plugin’s settings panel. 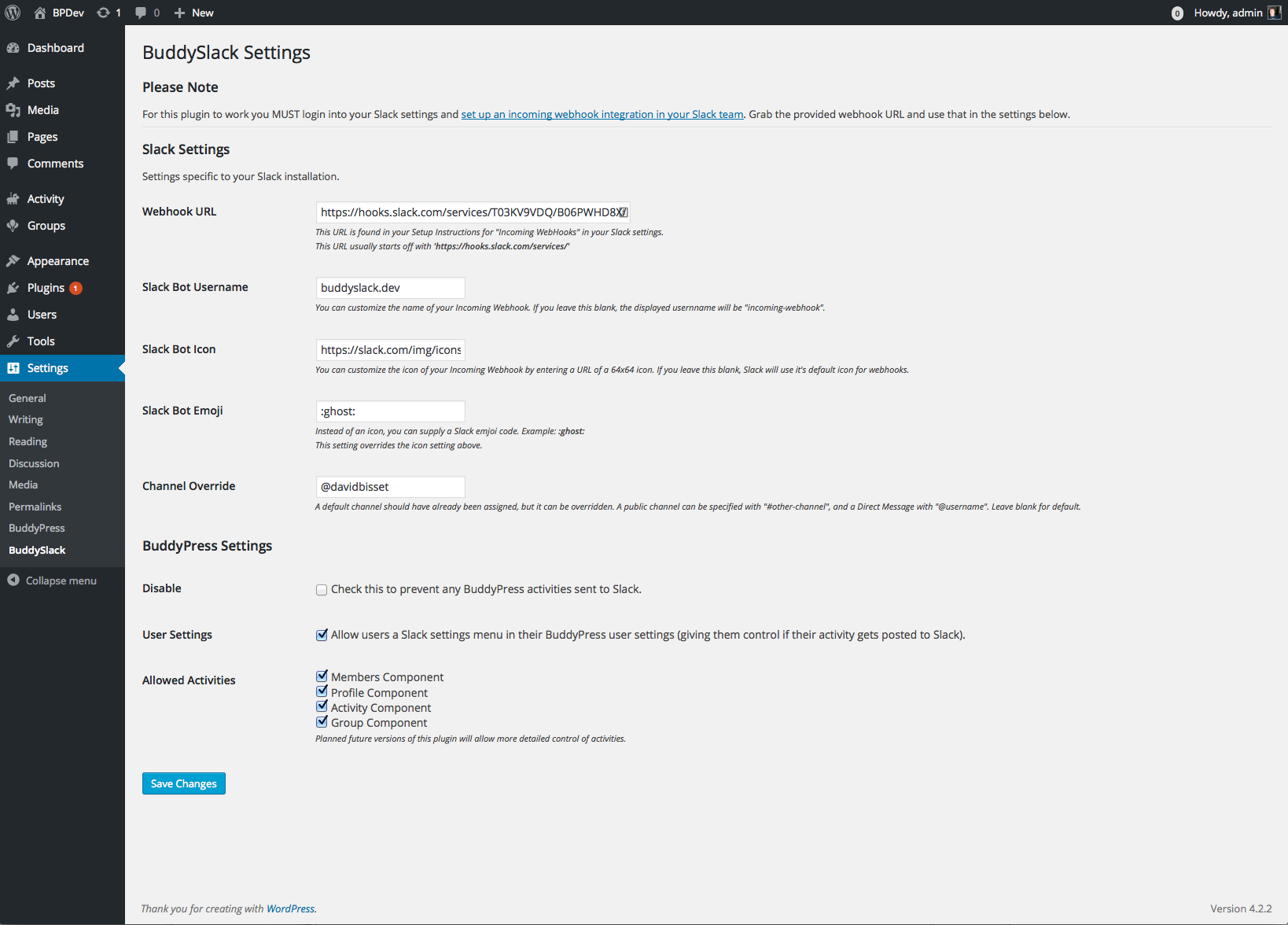 Bisset doesn’t plan on officially supporting the plugin but will add more features as time permits. He recognizes that it is currently somewhat limited, as it only supports sending activities for four default BuddyPress components. In the future, Bisset plans to expand it to support custom BP components as well as allow the user to customize the message sent to Slack.

Ideally, the plugin would allow you to set certain trigger words so that you wouldn’t have to send the entire stream of activities from a selected component. Right now the best use for BuddySlack might be on a smaller social network that doesn’t have a constant stream of activities. For example, if the Groups component is used sparingly, sending group activity stream posts to a specific Slack channel could be useful. Being able to narrow it down to a specific group would be even better.

The Slack plugin for WordPress allows you to set up multiple integrations for sending notices to different channels. It also allows for sending test notifications and temporarily disabling notices. These might be a few handy features that could benefit BuddySlack. Bisset is accepting pull requests if anyone wishes to contribute to the plugin on GitHub.