Mike McAlister and the team at Array Themes have fully embraced Gutenberg and are one of the first shops on the scene with a free WordPress theme designed specifically to work with the new editor. The Atomic Blocks theme is now available on WordPress.org with minimal styling and seamless support for all core content and media blocks. 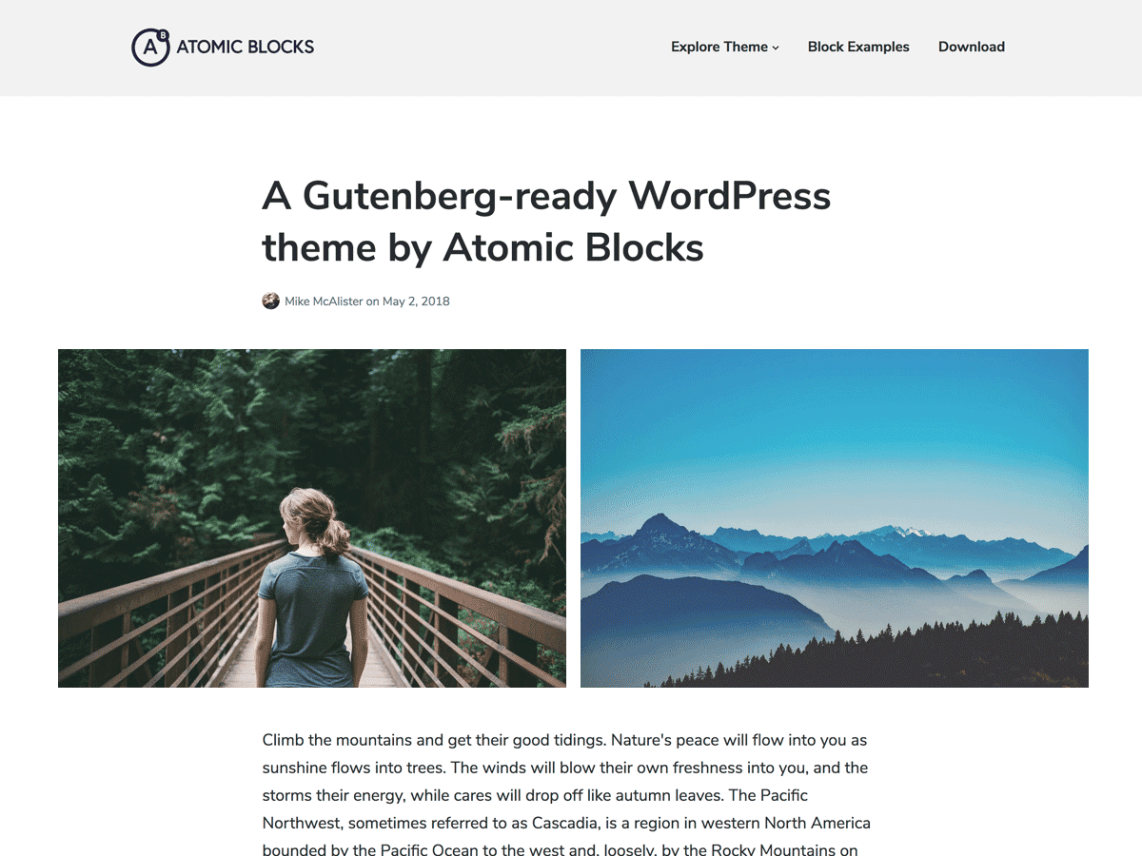 Check out the theme’s demo to see the blocks in action: https://preview.arraythemes.com/atomicblocks. 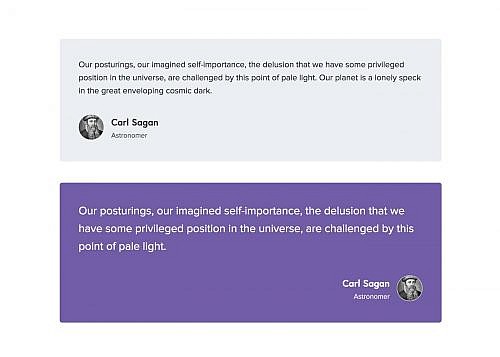 “I knew Gutenberg was going to be a game changer from the second I saw it and started hashing out product ideas in October 2017,” McAlister said. “To me, it felt like a very natural evolution and transition for WordPress into a more forward-thinking content creator. All of the tools outside of WordPress are evolving and becoming better and easier to use and WordPress is starting to feel quite dated in comparison.”

McAlister said his team is building Atomic Blocks into a full-fledged content block solution that will include a commercial version in the future.

“We have a long list of blocks that we’ll be releasing into the plugin in the coming months — everything from eCommerce to email marketing to full-page layouts,” he said. “There will definitely be a commercial version of the plugin for those extra awesome blocks that will take your site to the next level.”

McAlister is keeping Atomic Blocks separate from Array Themes but plans to cross promote between the two. He also plans to update the Array themes collection to support the blocks found in the plugin.

“Atomic Blocks aims to solve a different problem in a different way than the traditional WordPress themes you’ll find on Array,” McAlister said. “By launching it separately from Array Themes, it gave me the opportunity to diversify my projects a bit and create a dedicated marketing stream for a Gutenberg solution.”

Many products in the Array Themes catalog are already working with the new editor, but McAlister and his team intend to provide more in-depth support for specific Gutenberg features in themes where appropriate.

“We’ve stayed fiercely committed to beautiful design, simplicity, and core coding standards and practices to ensure wide-spread support and compatibility with our themes,” McAlister said. “While this has served us well, we are all ready for a core-supported solution to providing a better experience for our customers. Gutenberg will solve this problem by providing a cohesive, unified way of extending content creation with a core user interface. Gutenberg is quite extensible as is, and will only grow more capable with time.”

McAlister said one of the most challenging aspects of launching Atomic Blocks has been keeping pace with Gutenberg’s rapid development, requiring the team to follow multiple conversations across various WordPress core development discussion channels.

“I followed Gutenberg development closely during the second half of last year and then started developing Atomic Blocks for Gutenberg early this year,” McAlister said. “You have to follow the Github repo, Make blog posts, and Slack conversations closely to keep up with the changes, deprecations, and feature additions. Luckily, now that features are being frozen, the code is churning less and things are starting to stabilize.”

In order to keep up with all the news and changes, McAlister started the Gutenberg News site to collect helpful resources, tutorials, and code snippets he found. The site contains more than 200 links to resources for both beginners and developers.

McAlister predicts that Gutenberg will bring a greater separation between the roles of themes and plugins in the site-building experience.

“The demand for themes will certainly begin to change more drastically in the long term,” he said. “Traditional WordPress themes will still be desirable for a number of years, simply due to the number of sites out there and the solutions needed to build them. Eventually, much of what can be provided by a theme will be provided by blocks via a plugin instead. Themes will still be responsible for providing a degree of styling and functionality that will remain critical to the site-building experience, but they will take a secondary role to content blocks.”

Gutenberg will inevitably change the landscape of the theme industry, but McAlister sees it as a chance to reach customers in a new way.

“Theme designers and developers should be excited about this opportunity and not feel threatened by Gutenberg,” McAlister said. “This is a fantastic opportunity to learn a new set of skills, attract a new segment of customers, and start pivoting to a block-based product model.”