Aesop plugin developer Nick Haskins announced tonight that the project has now been fully funded through its Crowdhoster campaign. He’s raised $6,397 of $6,000, thanks to backing from many major WordPress companies and individuals who are hoping to make the Aesop storytelling engine a reality. 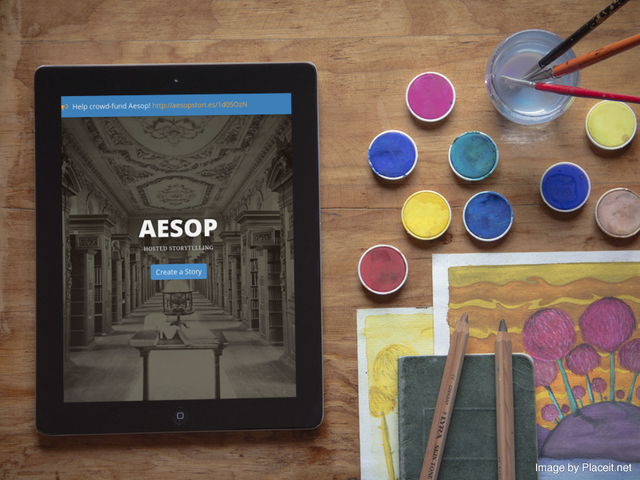 The Aesop fundraising campaign ended on January 26th but was shy of its original $15,000 goal. The campaign was subsequently extended with a vastly reduced goal of $6k and a new focus on polishing the story engine before moving on to the hosted version:

Because we did not raise the full amount, there’s a strong chance that the hosted version may not come to fruition. This wasn’t scheduled to happen until the Spring anyways, so there’s still a small chance it will pan out, however focus is being put on finishing the core story engine first.

Development on the project will now refocus to complete the story engine along with a couple of themes built specifically for Aesop. Haskins is getting the plugin ready for submission to the WordPress.org repository and is working towards building out the business and branding for the project. Those who have backed Aesop will receive access to the themes before they are released to the general public.

Storytelling is Not Dead

The successful funding of the Aesop project demonstrates how much potential this new tool has for revolutionizing storytelling on the web. Once the plugin is polished up, anyone will be able to easily create photo essays, novels, interviews and big visual posts with a user-friendly story editor and full design control. Publishers are looking for new ways to keep readers engaged, as the industry evolves to keep pace with the modern web. The Aesop storytelling engine makes it possible for WordPress, the world’s leading publishing platform, to keep the art of storytelling alive in the digital age.