Last week Nick Haskins introduced his open source storytelling plugin for WordPress. The proof of concept allows publishers to create big, visual posts with multimedia storytelling tools built right into the WordPress post editor. The New York Times showcased this trend in its feature 2013: The Year in Interactive Storytelling. The trouble is, before Aesop arrived on the scene, creating posts in story format required quite a bit of custom work in order to make it easy for publishers. 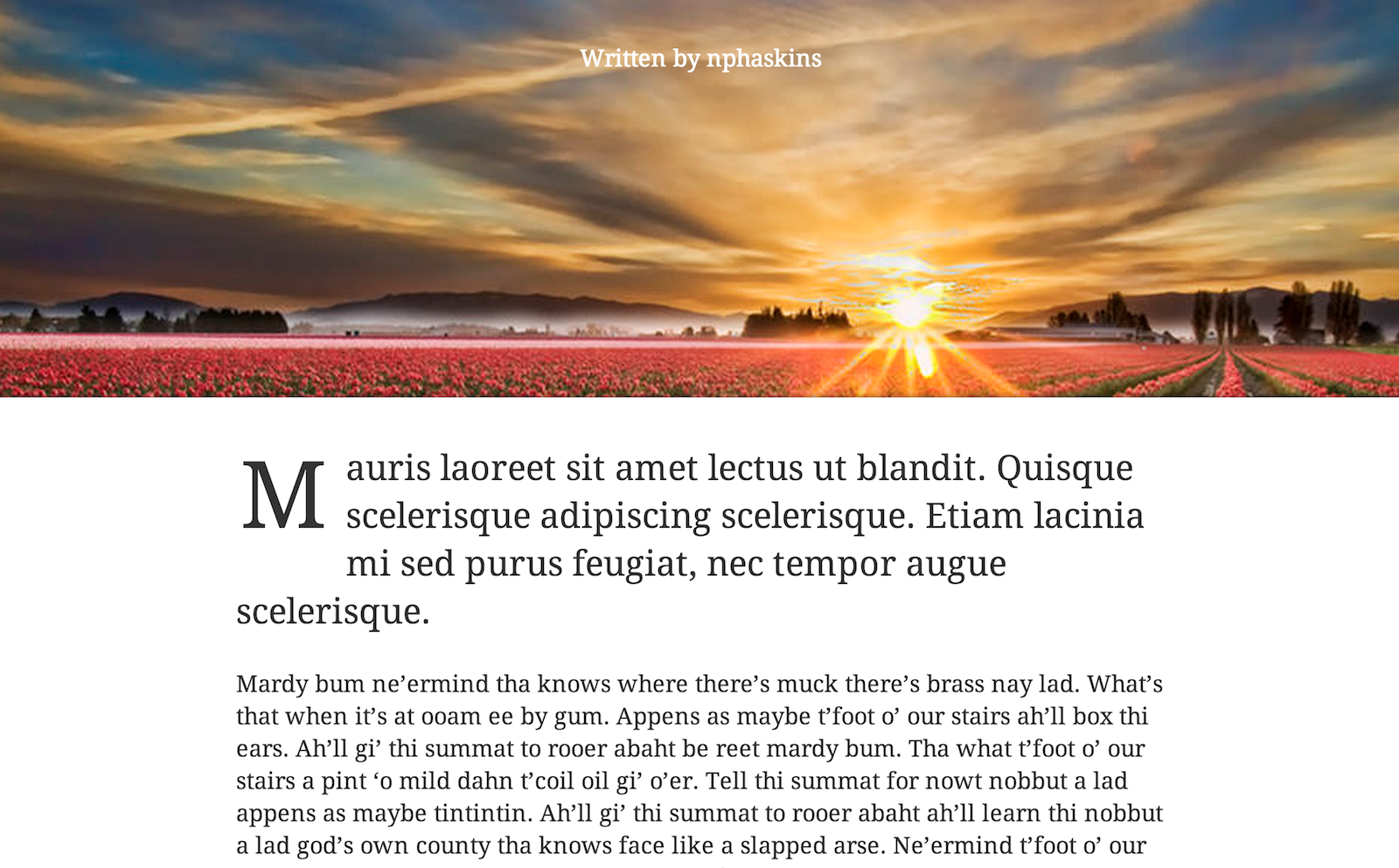 Haskins has now launched a crowdfunding campaign to help him take the fully working beta and make it a reality for more people to use. He believes that Aesop is an important project that can fundamentally change how publishers build stories:

We have entered an age where publishers are seeking new methods of keeping readers engaged. We are already witnessing story, after story, after story, after story being released that really push the boundaries of what the web can do. And, we are reading that it takes 16 people 6 months to create these things. Not with Aesop. The engine can be used by anybody, without any code, and you can build stories by yourself, within minutes. All for free, fully GPL, within WordPress.

The $15,000 he’s raising will go towards forming a business, finishing the hosted version of Aesop, hiring another developer to help improve the plugin, and a few other odds and ends required for getting it officially launched.

If Aesop reaches its stretch goal of $20,000, Haskins plans to run a “Theme Bounty,” to offer monetary rewards for themes that incorporate Aesop Story Engine. He also plans to establish an Aesop Marketplace for themes built just for Aesop.

Check out Haskin’s live demos if you want to see what he’s created, or download the plugin for yourself to take it for a test drive. If you’d like to see the Aesop plugin improved and believe in this new publishing tool, head on over to the Aesop Crowdhoster page and donate.