Less than three weeks ago Yoast SEO version 4.5 was released with an ugly, non-dismissible notice for sites on PHP 5.2. The notice encourages the user to upgrade to PHP 7, explaining that it is faster and more secure. It includes links for getting started and example emails that users can send to their hosting companies. 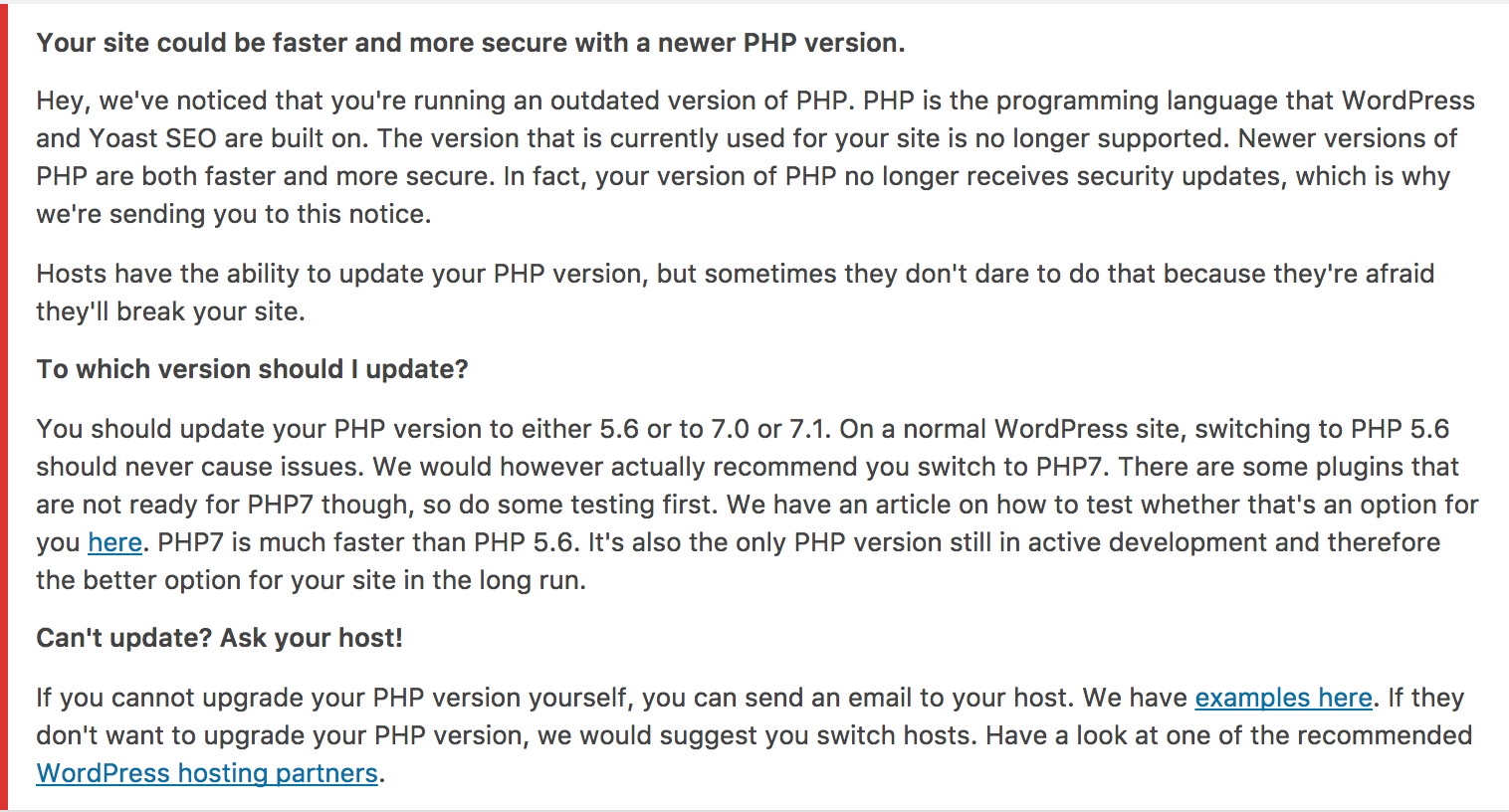 In the 18 days since shipping the plugin with the upgrade nag, Yoast SEO creator Joost de Valk has seen a dramatic uptick in sites moving from old, unsupported versions to PHP 7. From December to March, PHP 5.2 usage among Yoast SEO users decreased from 1.9% to 1.7%, a modest drop over three months. After adding the nag on March 21, PHP 5.2 usage dropped from 1.7% to 1.3% for those using Yoast SEO version 4.5. PHP 5.3 usage is also steadily decreasing since de Valk began the campaign to educate his plugin’s users about the benefits of upgrading.

Many developers are hesitant to implement a nag in their plugins, but Yoast SEO is one of the largest plugins to prove that an ugly, non-dismissible notice can be an effective tool for getting users to take action.

“One of the reasons I’m sharing is because I’d love others to join us,” de Valk said. “People don’t like nags, but we’ve had some truly great feedback from users who went from PHP 5.2 to 7 and were astonished by how fast their sites suddenly were. Negative feedback has been absolutely minimal.”

The Yoast SEO team created a project called WHIP that makes it easy for plugin and theme developers to add notices that will nudge their users to upgrade their software versions, starting with PHP. The project also includes a filter for linking to the WordPress.org recommended hosting page, as an alternative to the Yoast.com hosting overview.

De Valk said his team intends to push the notice to users on other PHP versions in the near future, starting with 5.3.