ThemeBeans founder Rich Tabor has open sourced WPThemeDoc, the template he uses for documenting his commercial WordPress themes. Tabor is also the creator of Merlin WP, a theme onboarding wizard that makes setup effortless for users. After applying his aesthetic talents to the documentation aspect of his business, he decided to package up his efforts and release WPThemeDoc on GitHub to benefit other theme developers.

WPThemeDoc is neatly organized and easy to navigate. It can be used without any design modifications or as a starting point for your own branded documentation design. Check out the live demo documenting Tabor’s York Pro theme. 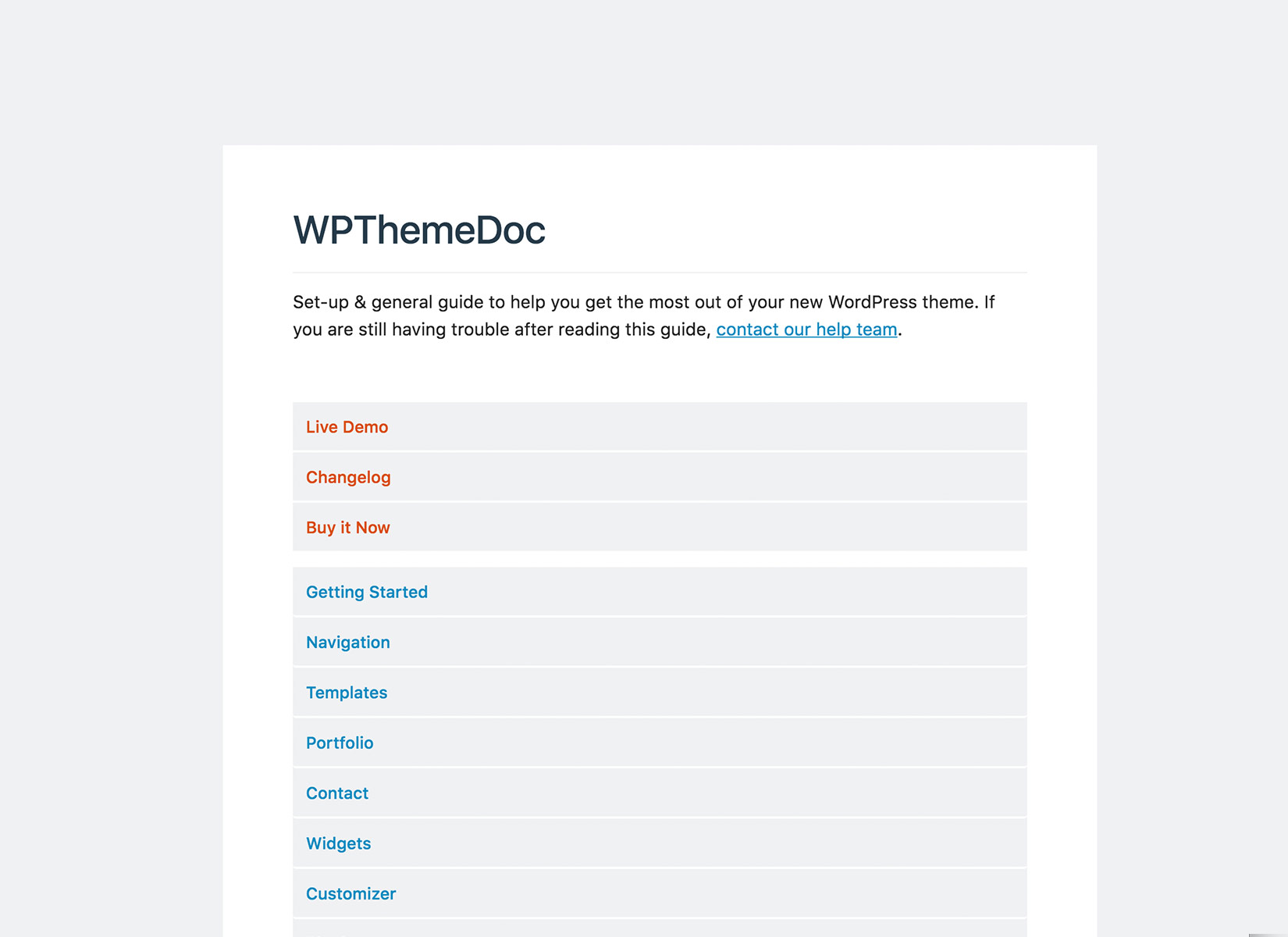 The template is a single HTML file that is easy to extend by adding or removing sections. It includes a set of “find and replace” variables that developers can use to quickly customize the document’s information for their own themes. The template itself requires very little documentation, as it uses nothing more than simple HTML and CSS.

For many theme developers documentation is a chore – it’s not the fun part of creating themes. WPThemeDoc makes documentation as simple as filling in the blanks. It is licensed under the GPL v2.0 or later and feedback and contributions are welcome on GitHub.