WordSesh Asia Now in Planning for 2018, WordCamp Asia Targeted for 2019 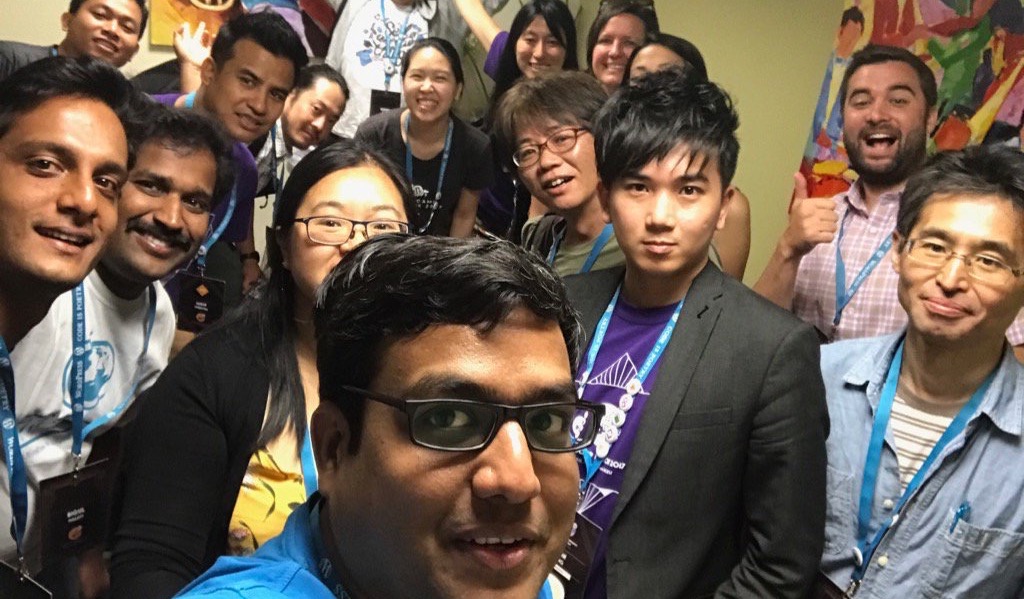 Yesterday Sakin Shrestha announced that WordCamp Asia is now in the preliminary planning stages. Shrestha is a key reviewer on the Theme Review Team, translates WordPress to Nepali, and organizes meetups and WordCamps in Nepal. He and other members of the WordPress community in Asia, including representatives from India, Japan, Indonesia, Thailand, Sri Lanka, Singapore, and Nepal, had the opportunity to meet at WordCamp Europe.

“We have been talking about WordCamp Asia informally when some of us attended WordCamp US for the first time,” Shrestha said. “That’s was in 2015, where I met Naoko Takano. She is the one with the main idea as the Japanese WordPress community was already doing well. Then we started meeting more people from Asia at WordCamp Europe 2016 and had an informal meeting there.”

After this meeting, Rahul Bansal created a Facebook group for WordPress Community Organizers in Asia to support each other in a more coordinated effort. The first formal meeting happened at WordCamp Europe 2017 where the team decided that trying for WordCamp Asia in 2018 would be too soon. Instead, they are planning to host a WordSesh Asia event in 2018 to work on their coordination and teamwork. The team is working towards hosting WordCamp Asia in 2019.

Shrestha’s post identifies several challenges that are unique to hosting a large scale WordCamp in Asia, including the need for visas even for travel within Asia, political instability, and numerous currencies and languages in use.

“WordCamp Asia is really important for the WordPress community in Asia,” Shrestha said. “I am fortunate enough to attend WCUS and WCEU, which are some of the biggest WordCamps where we get to meet lot of WordPressers, share and exchange ideas, contribute to WordPress, start a new business, and think outside of the box. But for most of Asians, it’s really difficult to go that far and also it’s expensive to attain those. So, we are limited to WordCamps in our own country and neighboring ones. That is why we are thinking about WordCamp Asia in Bangkok, which will be really inclusive as it’s in the center part of Asia and it’s cheaper to go there and less time consuming for all.”

Shrestha also feels strongly about providing travel assistance for those with financial hardships, as the most expensive aspect of attending a WordCamp is usually the travel and accommodation.

“WordCamps are not just for the rich,” Shrestha said. “The primary motive of WordCamps is to grow the local community. So, WordCamp Asia’s mission will be to influence the community of WordPress Asia and help it to grow. That is why, instead of planning for a grand and pompous event, we need to make sure it is affordable and reachable to people of all financial backgrounds.”

Shrestha said he has seen major changes in working with the WordPress community in Nepal from 2012 – 2017, which he attributes to having a stronger local presence with the WordCamp. India has also benefited from hosting WordCamps and has approximately nine happening in various cities. They are working towards hosting a WordCamp India in the future. There are also emerging communities in Singapore, Thailand, Indonesia, Sri Lanka, Cambodia, and Vietnam.

6 responses to “WordSesh Asia Now in Planning for 2018, WordCamp Asia Targeted for 2019”