The WordPress mobile apps are sporting a new login experience that Automattic’s mobile designers and developers released in the latest versions. The login flow has been completely redesigned to provide a more unified experience for connecting both self-hosted and WordPress.com-hosted sites. These flows were completely separate in the past and users were often confused about which one to select. The new design provides fewer opportunities for friction when logging in, an experience that likely determines many users’ first impressions of the app. 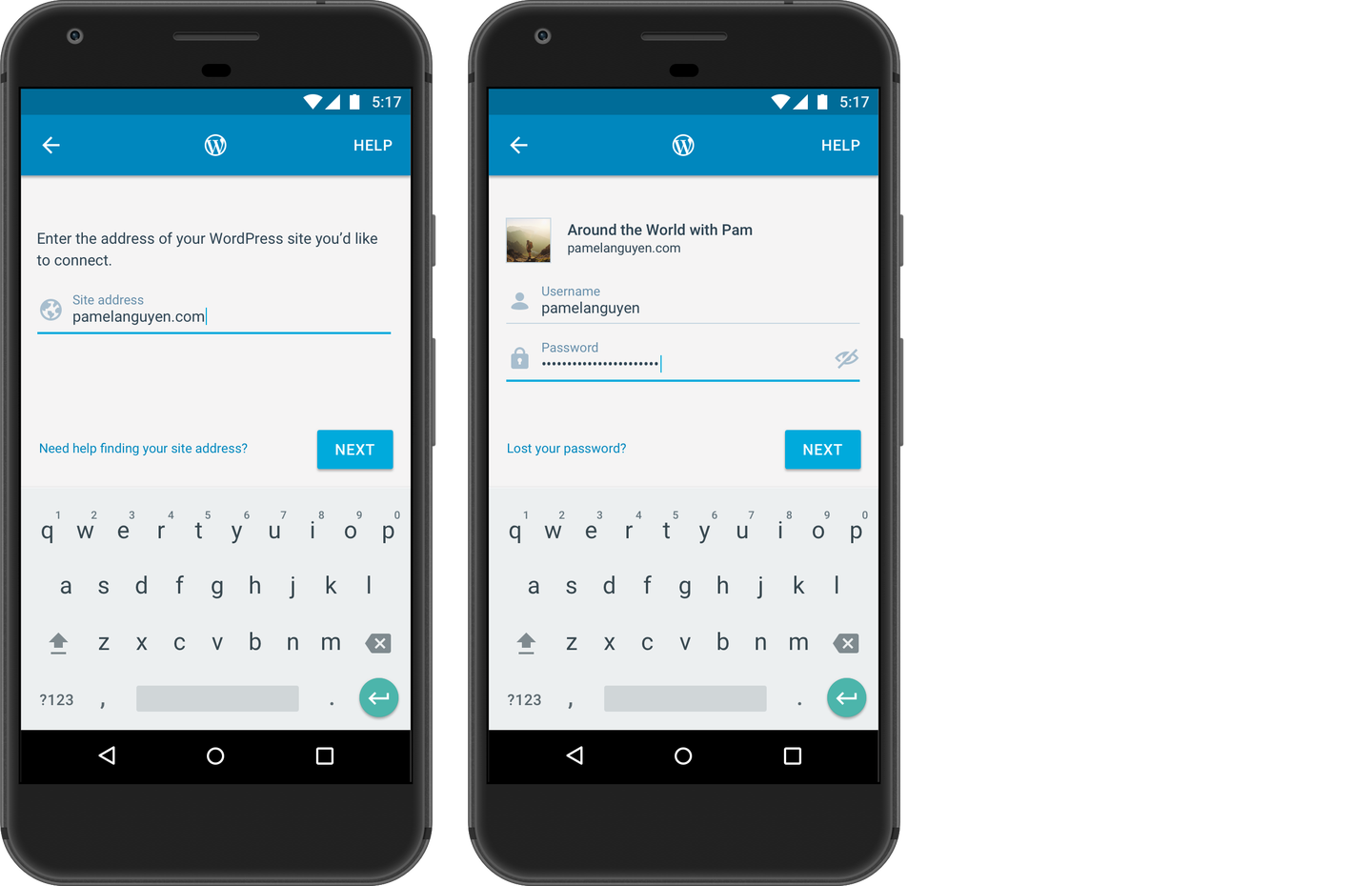 “As we reimagined the login experience, there were a few key principles guiding us: keep it simple, minimize the distinction between a site hosted at WordPress.com versus somewhere else, and avoid anything that might be too clever,” Automattic mobile lead Eric Johnson said.

Users can now connect new sites by entering the URL and the mobile apps will automatically detect if the site is hosted on WordPress.com or not. The new login flow ferries users on to the next step based on what kind of site is being connected. This is available in version 8.0 of WordPress for Android and version 8.2 of WordPress for iOS.

The new login experience emphasizes the ease of using magic links for logging into WordPress.com. If the user enters and email address, the app will generate an authentication link and send it via email. This allows users to login without having to remember or enter a password.

If a user is entering the world of WordPress for the first time through the mobile apps, the new login experience also offers a short tour of the some of the features included in the app. These include WordPress.com features such as notifications, Stats, and the Reader. The apps, despite being marketed as the official WordPress mobile apps, are a product of Automattic and include a commercial upgrade path for WordPress.com services.

The idea of the apps functioning as a gateway to help the greater WordPress ecosystem gain more users (and eventually see some graduate to self-hosted sites), no longer seems credible now that WordPress.com has entered the hosting space by allowing its customers to tap into third-party plugins and themes.

The updated login experience, while more convenient for users, continues to blur the line between self-hosted and WordPress.com-hosted sites. WordPress for Android and iOS used to have their own separate blogs but all of the news is now funneled through WordPress.com’s news blog and the @WordPressiOS and @WPAndroid Twitter accounts seemed to have been abandoned in favor of marketing updates through WordPress.com.

In the past, many in the WordPress community have asked why the apps are not called the WordPress.com mobile apps, since they include features that are not central to the core publishing experience for self-hosted users. Last year when I interviewed Maxime Biais, one of Automattic’s mobile engineers, he said the team had considered splitting the product into two apps.

Now that that mobile apps have become a direct pipeline for new WordPress.com hosting customers, it may be time to re-visit the consideration of splitting the apps into two distinct products: one for WordPress.com’s commercial interests and one that officially represents the open source WordPress project for self-hosted users without any corporate interests. If the project’s official mobile apps are a key part of new users’ onboarding experience, they should accurately represent the software as an independent platform that can be hosted with and extended by any number of free and commercial products in the WordPress ecosystem.