WordPress for Android version 5.4 was released this week with a couple of exciting new features and the eagerly anticipated new visual editor. The editor received a complete rewrite to use WebView, which allows the app to render and edit HTML via ContentEditable. The app’s developers had to work around a few bugs with WebView in order to make the editor work with different versions of Android on a wide range of devices. 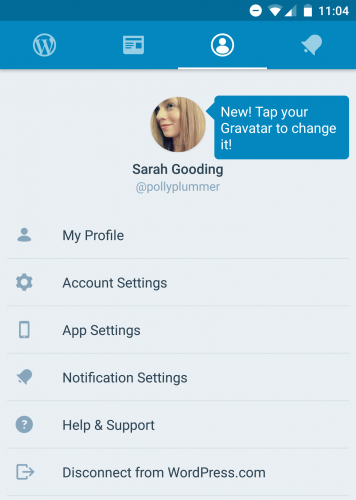 Version 5.4 adds a quick and convenient way for users to update their Gravatar images on the ‘Me’ screen. Tapping the profile picture launches the camera and alternatively allows the user to select an image from their photos and then crop/resize for use as a Gravatar.

The new feature saves a trip to the Gravatar website and is, incidentally, the functionality that Automattic had originally pursued as a separate Gravatar app. This app morphed into its experimental Selfies app after the team decided that the functionality didn’t merit its own app, since users don’t often want to change their Gravatar. This makes it a curious addition to pack into the mobile app, but it also doesn’t make sense to leave mobile users with no easy way to update their profile images.

This update also adds support for Google’s Smart Lock for Passwords, which automatically pre-fills the username and password fields upon opening the app. The feature supports several identities and makes it faster to sign in with a WordPress.com account. 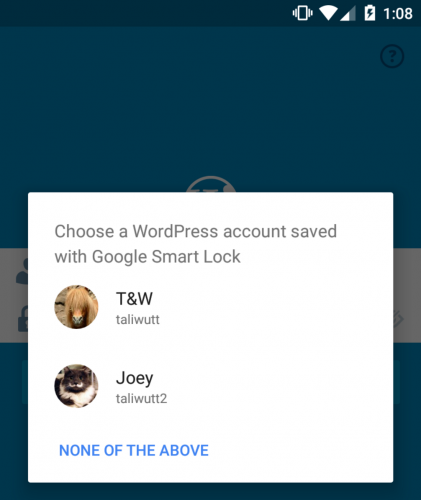 Version 5.4 also fixes issues with previewing images in the Comment List screen and an issue with tag display in the Reader. If you want a sneak preview of the features and fixes on deck for version 5.5, check out the open tickets for the milestone on GitHub.