The WordPress app on mobile offers publishing access to all the sites you have hooked up, which is a pretty powerful door to the world that you may not want to leave unlocked for anyone who gains access to your phone. That’s why many users have opted to set up a pin lock for the app. (You can find this under Settings >> Turn Pin lock on.) The fingerprint scanner is a faster alternative to using a pin. 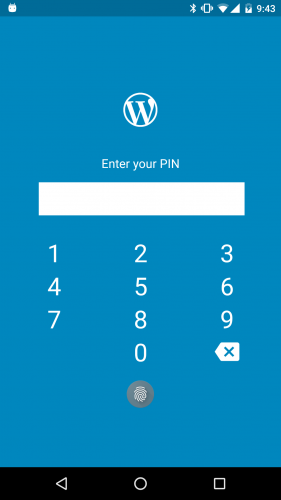 Version 4.9 also adds several key refinements to the media library experience, including a brand new design for the details screen to match the rest of the app’s material design. The app now supports better handling of multiple photo and video uploads. 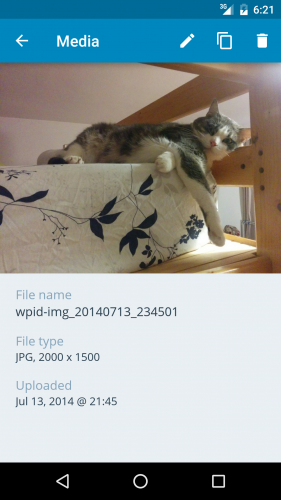 This release fixes a few bugs, most importantly one where posts were deleted instead of sent to the trash. If you accidentally lost a post this way, hoping to recall it, the problem shouldn’t happen again.

Version 5.0 RC 1 was released to beta testers today via the Google Play Store beta channel. They are currently testing new WordPress.com “Site Settings” and “My Profile” screens that will allow users to change settings like site title, tagline, and public display name (among others). Look for these features in the next major release of WordPress for Android.