WooCommerce 3.2 has arrived a week ahead of the plugin’s upcoming WooConf Developers Conference in Seattle. The release went into beta at the end of August and an extra week was added to the RC testing phase to give store owners and extension developers ample opportunity to prepare for the update.

Version 3.2 adds the ability for administrators to apply coupons to existing orders in the backend of the store. This feature was requested on the WooCommerce ideas board four years ago and had received 374 votes for consideration. 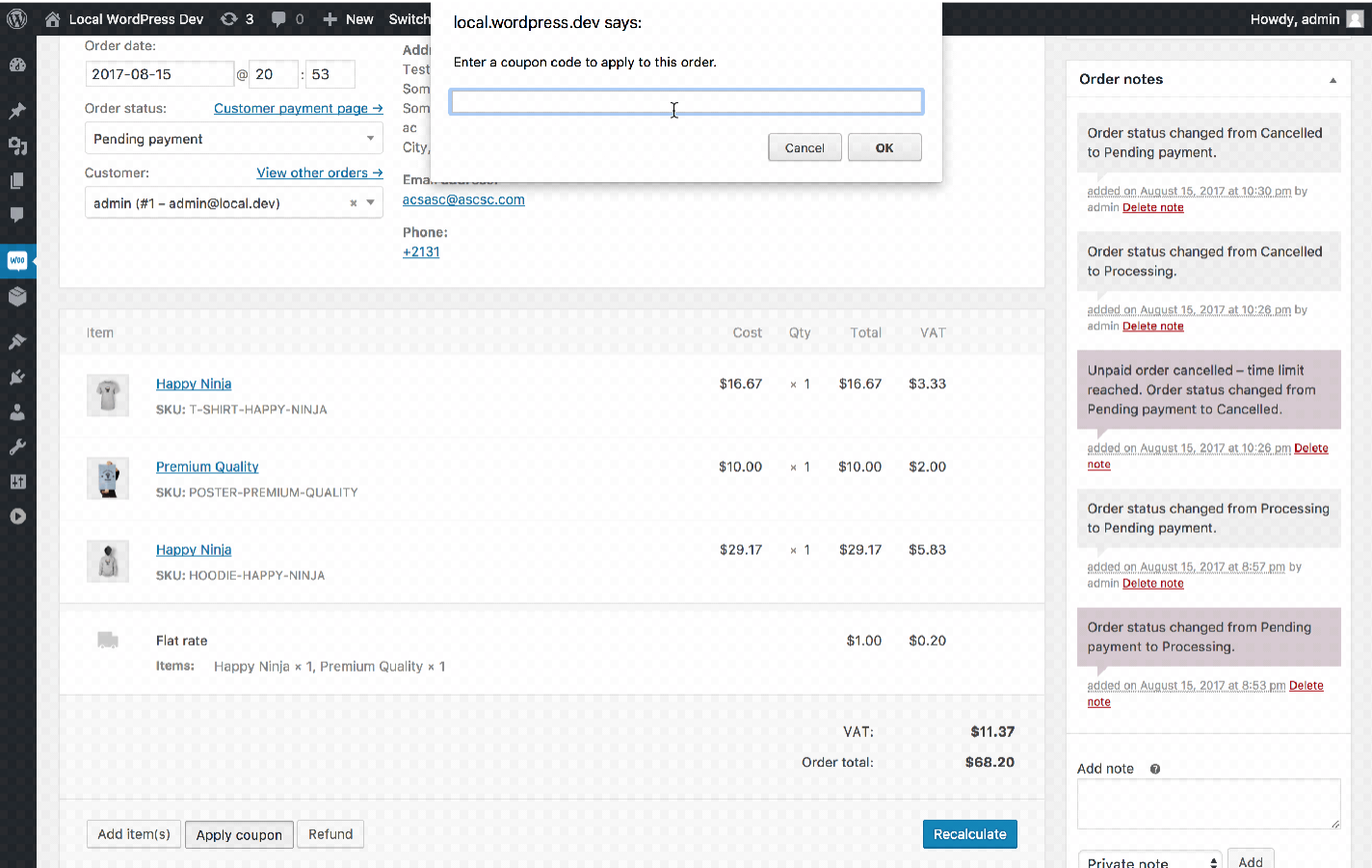 WooCommerce will now automatically re-calculate the order total after applying the coupon and the same in reverse if a coupon is removed. Although it seems like a small improvement, implementing it without breaking extensions was a fairly complex endeavor for the WooCommerce team.

“This was tricky to develop because of the way the cart and coupons were built initially, so some refactoring was needed, but we tried to implement these changes in a backwards compatible manner so extensions wouldn’t require changes,” WooCommerce lead developer Mike Jolley said.

One of the most exciting new features in 3.2 is support for a new plugin header that extension developers can use to specify which versions of WooCommerce have been tested and confirmed to be compatible. This information will be displayed to users in the plugin update screen when future WooCommerce core updates become available.

These warnings save time for store owners by identifying extensions that need further research and testing before applying a core update. It makes it easier for admins to confidently update their installations without having to worry about extensions breaking. After a few more major releases of the plugin, it will be interesting to see how this new system improves updates overall and how other plugins with their own ecosystems of extensions might be able to benefit from something similar.

Version 3.2 also brings improved accessibility for select boxes, updates to the new store setup wizard, a new “resend” option on the edit order page, and a host of admin UI enhancements that make it easier to manage products and extensions.

Customers who have purchased extensions from WooCommerce.com can now take advantage of a new subscription sharing feature that allows them to specify additional sites (via WooCommerce.com email address) where they want the extension/key to be active. This is especially useful for agencies, developers, and multisite store owners who can now grant the use of an extension without having to connect their own accounts to client sites. The original purchaser of the extension will be the one billed for the subscription and can revoke access for connected sites at any time.

WooCommerce 3.2 had 1610 commits from 98 contributors. Currently, 47% of installs are still on 3.1 but that number should go down as store owners start updating to the latest. The WooCommerce team reports that all changes should be backwards compatible with 3.0 and 3.1 sites, but site owners will still want to test their extensions before applying the 3.2 update.