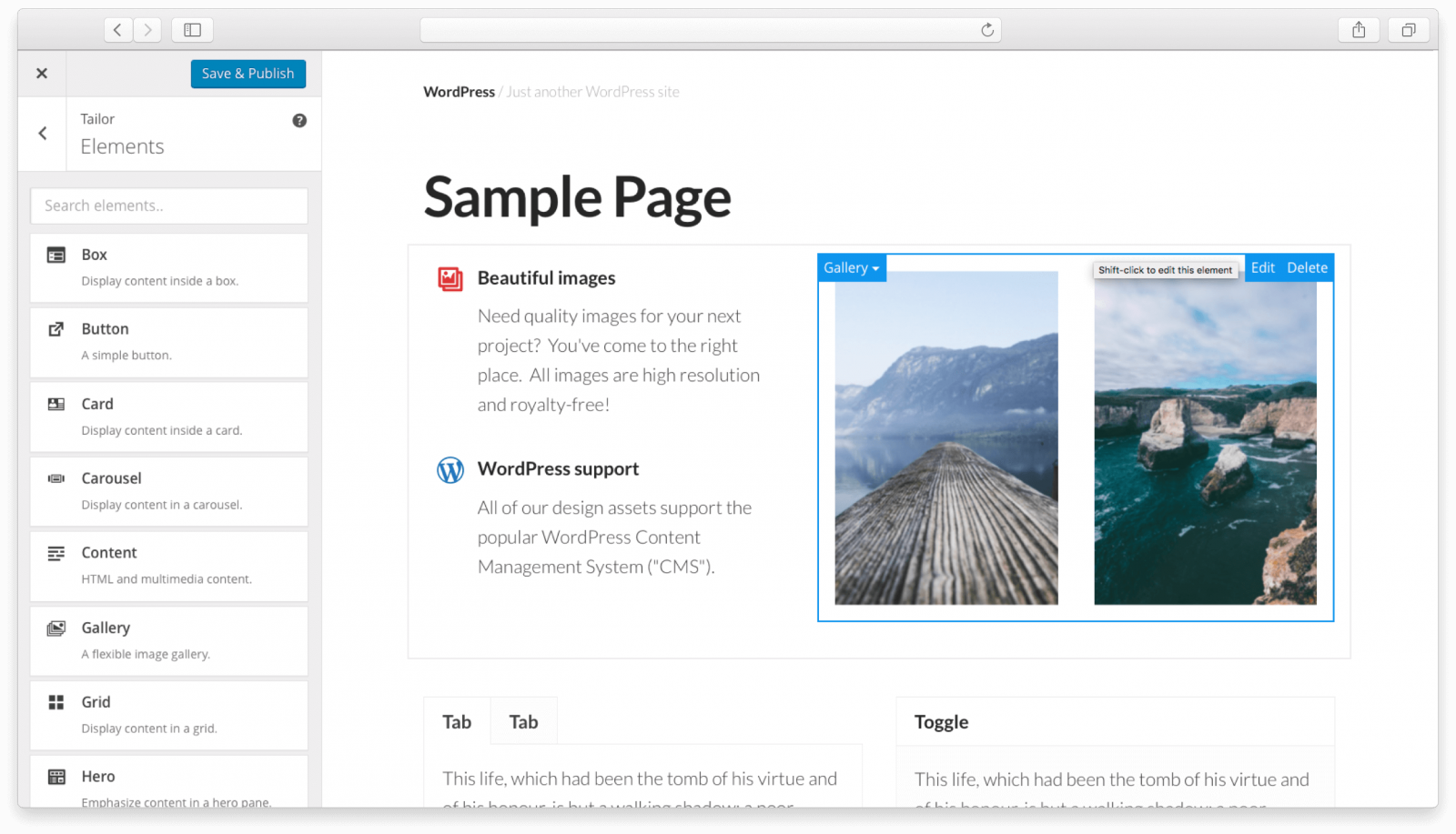 Enclavely, Inc., the owners of the Tailor Page Builder plugin, have announced that they will be discontinuing its development effective immediately.

Andrew Worsfold, the original developer, launched Tailor in April 2016 and the plugin received an enthusiastic reception from the WordPress community. After performing a critical review of the major page builders available to users in September 2016, Pippin Williamson found only three that he could happily recommend to his customers: Tailor, Pootle Page Builder, and Beaver Builder. This recommendation was based primarily on code quality, usability, and compatibility with other plugins.

The plugin came under new management in July 2017 after the original developer no longer had enough time to dedicate to the project. Worsfold sold it to Enclavely, whose owners were early and enthusiastic users of the plugin, for what he said was “a nominal amount.” Three months later, the new owners cite the cost of keeping up with Gutenberg and other competitors as the primary reason for discontinuing its development:

Gutenberg is going to be bundled with WordPress itself. That’s definitely going to give a tough time to all 3rd party page builders and even that is not the case there are some really big players around like Elementor, Divi, Beaver Builder, and others which are going to be hard for us to compete with, being a completely free project and providing almost all the great features in free version…

So the main reason for us to discontinue Tailor is due to finances, which Tailor needs to keep on its development and marketing to compete with all the big players and especially Gutenberg.

This instance seems to be more of a case of the new management running out of funds, rather than Gutenberg preemptively killing off a page builder. Enclavely was no longer willing to invest in developing a product that could compete against some of the more widely used page builders.

“Tailor needs a lot of effort and money, which was much more than we estimated,” an Enclavely representative said when I contacted the company. “And even if we continue to put effort and money in this project, we all know that Gutenberg is going to smash this space soon and we won’t be able to survive, and so will be the case with some other page builders. This is why we decided to end this now.”

Tailor currently has more than 3,000 active installations, according to WordPress.org. Fans of the plugin commented on the announcement, asking if the original developer might be able to pick the project back up again.

When I contacted the company, they said the original developer was no longer involved with the project.

“The original developer has parted ways since the acquisition,” an Enclavely representative said. “He was involved with some stuff in the start but not that much, thus the decision is mainly taken by us based on the issues we were facing in maintaining this project.”

However, Worsfold’s account of his involvement with Tailor following the acquisition differs greatly from Enclavely’s report.

“I handed over control of the project in July, although all releases since then were also written by me and deployed on their behalf,” Worsfold said. “Given that I haven’t been asked to help with anything recently, and there have been no further releases, it looks like development has already ended.”

The plugin is available free on WordPress.org and licensed under the GPL, so anyone who wants to can fork it. Worsfold doesn’t anticipate having the time to maintain the project himself and said he was under the impression that Enclavely is attempting to sell it.

“I made the decision to hand over control of Tailor as work and other commitments meant that I couldn’t dedicate enough time to the project,” Worsfold said. “I had hoped that the new team would continue development, provide support, and ensure the needs of existing users were met. However after just three months they’ve decided to give up. That’s obviously very disappointing.”

Worsfold said that when he sold it to them, it was with the understanding that they would continue to develop and maintain it. He doesn’t anticipate being able to re-adopt it due to a lack of time to dedicate to the project.

“I’m in much the same situation I was in before and it seems they are wanting to on-sell it themselves, so I can’t imagine I will be able to readopt it,” Worsfold said. “I have mixed feelings about the whole situation. Ultimately I see Gutenberg doing most of what page builders currently do, but in a better, more standardized, way. Hopefully, whatever’s left (custom blocks, styles, functionality etc.) will build on the framework and serve to reduce the amount of fragmentation in the ecosystem.”

Worsfold is still limited on free time but said he would be willing to contribute to the project if someone decided to fork it and keep it alive.

“It would be a shame to see something I built, and that people use, simply die,” he said. “Hopefully someone will either fork it or take over development.”