One of the most pressing concerns for users in the Gutenberg era is how page builder plugins will respond. Speculation about the new editor “killing off page builders” has run rampant, but these plugins are slowly evolving ahead of Gutenberg’s imminent inclusion in WordPress 5.0.

In February, Elementor, one of WordPress’ most popular page builders, announced the plugin would be completely compatible with Gutenberg beginning with its 2.0 version that was released a few months later. Like many other plugins, that meant a nominal compatibility without any custom blocks built specifically for the new editor.

This week marks a major milestone for the page builder, as Elementor introduced its new Elementor Blocks for Gutenberg plugin. The plugin goes beyond basic compatibility, allowing users to insert any Elementor template into Gutenberg with one click. Its custom block functions as a pipeline to the Elementor library, pulling in content and designs the user has already created in the Elementor interface. 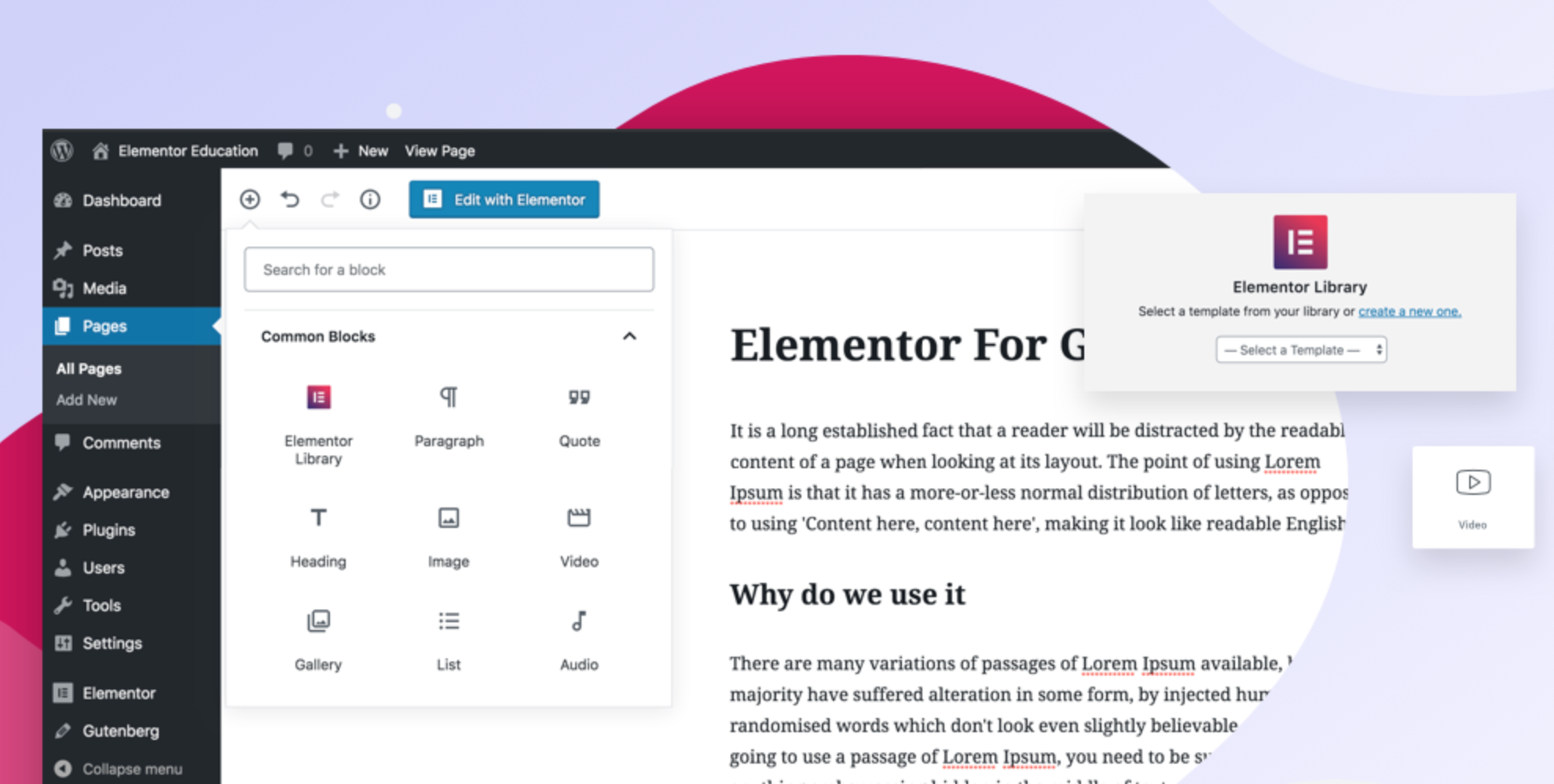 Elementor Blocks for Gutenberg lets users compose with the new editor while maintaining convenient access to items designed in the page builder. It makes it possible to bring more advanced layouts into Gutenberg and preview them inside the editor. Users can select from more than 300+ pre-designed blocks and 100+ pre-designed pages. The plugin will eventually be incorporated into Elementor’s core plugin.

The availability of this new plugin demonstrates Elementor’s commitment to evolving with WordPress as it adopts the editor and tackles customization in Phase 2. The page builder has more than a million active installations and a 4.8-star average on WordPress.org. Achieving this level of success in the page builder market has required a certain level of tenacity and perseverance. Elementor CMO Ben Pines made it clear their product is not going to be sidelined by Gutenberg.

“Elementor was launched in a saturated market, with many page builder and website builder alternatives,” Pines said. “We managed to become the leaders of our market by offering the best solution, and we plan to continue to lead the way. We will continue in our mission in full collaboration with WordPress.”

Elementor and Gutenberg share similar goals in helping WordPress users design their websites without having to touch the code. Pines also emphasized the benefits for developers.

“Elementor, Gutenberg, and the veer towards code-free website customization, presents a huge improvement for developers,” he said.

“Instead of being tied up in endless menial tasks like button or headline customization, and having to hand-hold the designer every step of the process – developers can now focus on greater challenges.

“This improvement creates a positive loop. Developers have time to build more tools, which in turn help the designers workflow.”

Elementor is leading the way among page builders by making its content available inside Gutenberg. It essentially builds in an extra step so users can continue with their existing workflow in the page builder and insert those designs into the new editor.

Gutenberg’s current customization capabilities pale in comparison to what popular page builders offer, but phase 2 of the project may precipitate another avalanche of blocks pouring into the WordPress ecosystem – the same way it did after Gutenberg’s roadmap was unveiled in June at WordCamp Europe.

Page builders may not reproduce all of their exiting features in custom blocks until WordPress core is more advanced on its road to Gutenberg-powered customization. This would split the creation interface across two admin screens. At some point users may want to see a deeper integration between the editor and page building capabilities. The exciting thing about Elementor’s new blocks plugin is that its users don’t have to choose between Gutenberg and their favorite page builder.