Okay Themes Pulls Out of Themeforest, Rebrands as Array 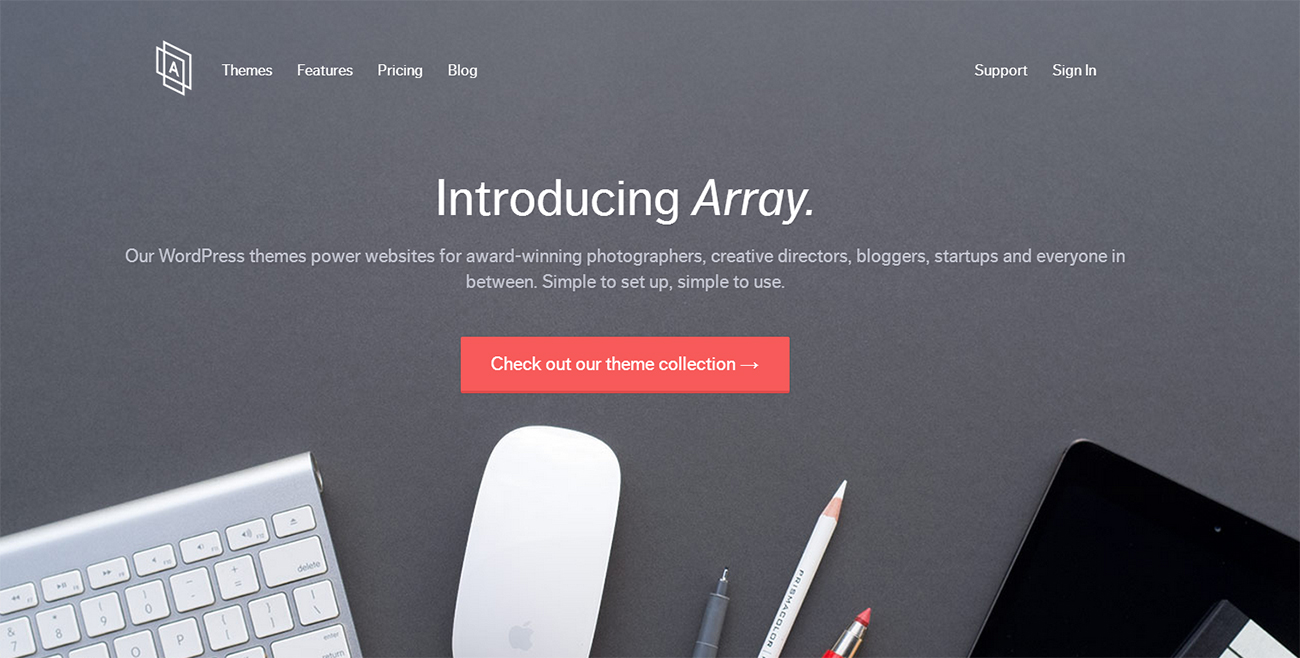 Okay Themes, founded by Mike McAlister, has rebranded and is now known as “Array.” Despite the fact that the shop produced high quality WordPress themes, the previous name seemed to imply a passable, lackluster product. Array is a stronger name for a top-notch theme shop that is successfully pioneering a return to simplicity in both design and function.

The rebranding represents McAlister’s departure from Themeforest, where he’s been selling for the past five years. Moving forward, his themes will be available exclusively through Array and WordPress.com. “After fighting the good fight for five years, my body of work has officially outgrown the ThemeForest marketplace,” McAlister said. “Although it has been a great platform for starting my business, my own ethos and aspirations have evolved.”

Array and its new logo, composed of an impossible shape with a perspective trick, represent the ever-changing digital landscape to McAlister and his team. “I’ve been through the ups and downs of the WordPress ecosystem,” he said. “I’ve carved a niche in a bloated, saturated marketplace.” Known for his simple, minimalist WordPress themes, McAlister has been one of the forerunners in the revolution to bring simplicity back to WordPress themes in what he perceives to be a “bloated, settings-infested theme landscape.”

His team’s commitment to simplicity is helping to reshape the WordPress theme market. Consumers are slowly gravitating toward more design-specific themes that aren’t loaded down with hundreds of options. McAlister’s story is one among many WordPress theme developers who are leaving Envato’s marketplace to make their own way.

18 responses to “Okay Themes Pulls Out of Themeforest, Rebrands as Array”