Array launched a redesign of its theme shop this week along with drastic price cuts for single theme and club purchases. After conducting a customer survey earlier this year, the company moved to act on feedback regarding its pricing structure.

Previously, Array offered single theme purchases ranging in price from $49 to $89 and the entire collection for $199. The new pricing is more straightforward with all single themes at $49 and club membership for $89.

The company, which began under the name Okay Themes and rebranded two years ago, announced last April that it would be returning to Themeforest after disappointing experiences selling on Creative Market and WordPress.com. Array currently has five items in its portfolio on Themeforest ranging in price from $44-64. The company negotiated an agreement with the marketplace that gives them a better rate than other non-exclusive authors typically receive.

“Although I can’t go into this in too much detail, we are actually not operating at the typical non-exclusive author rates, as most would rightfully assume,” founder Mike McAlister said in a comment on our post about the news. “We’ve worked out a mutually beneficial agreement with Envato that gives us a little more room for experimentation and bandwidth for providing quality support.”

With equal or more affordable pricing at Themeforest, customers had little incentive to buy directly from the Array website with the previous pricing structure in place. The new $89 club membership is now more compelling for those who are interested in purchasing multiple themes directly from Array.

In addition to the the redesign and new pricing, Array released a free theme pack to help potential customers get acquainted with their products before purchasing. The pack includes five of their most popular themes, some of which were not previously offered for free, including Author, Editor, Fixed, Typable and Transmit. Editor is also available on WordPress.org and WordPress.com. 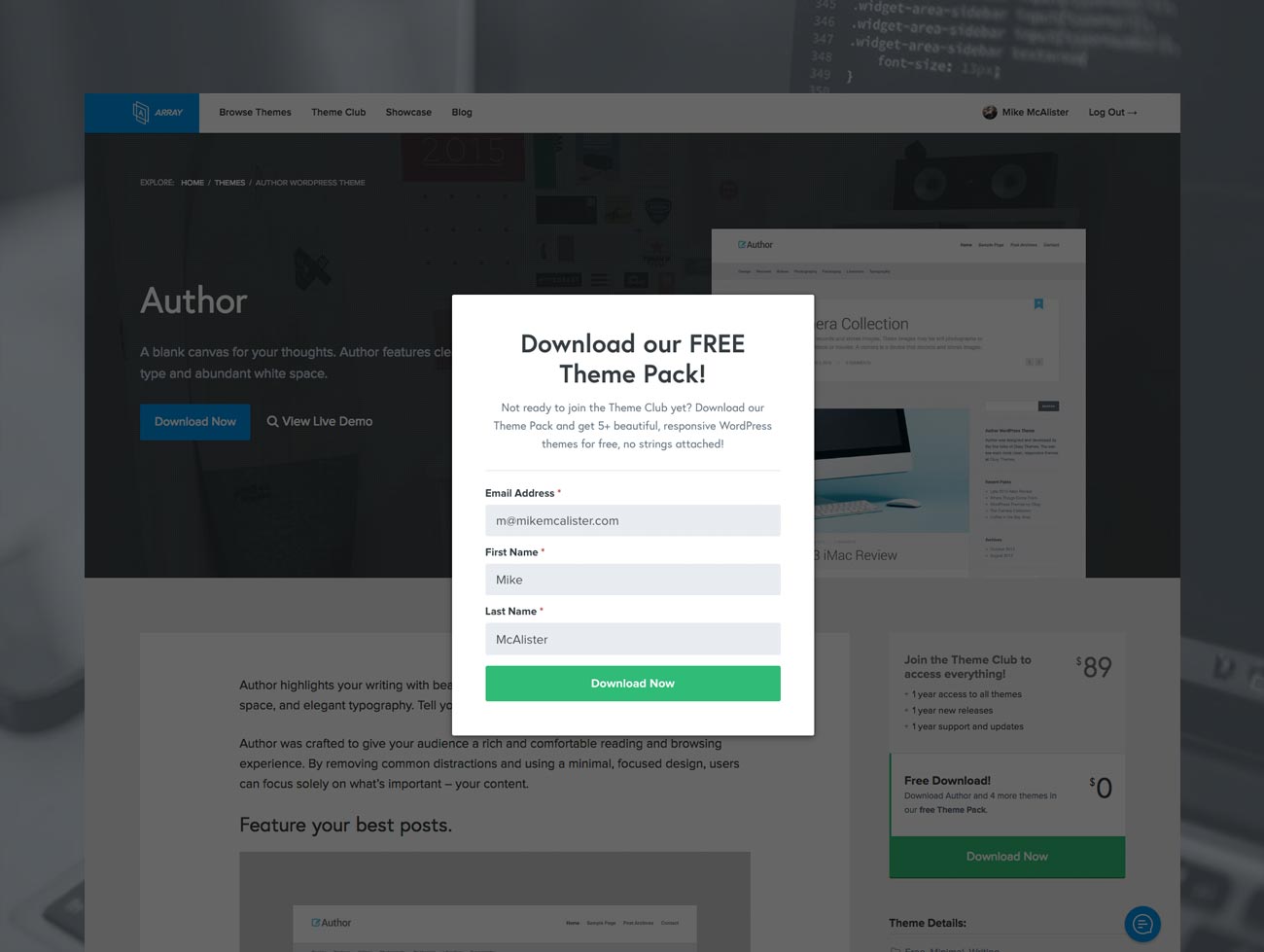 Array’s journey over the past two years, which includes pulling out of Themeforest, rebranding, and then jumping back into the marketplace with a more beneficial arrangement, necessitated an update in its pricing structure in order to remain competitive. Customers gravitate towards straightforward pricing that they can understand, especially when products are sold across multiple marketplaces.

The theme shop’s experimentation with selling on Themeforest, WordPress.com, Creative Market, Mojo Marketplace, and Array’s own website shows how much it has had to adapt to reach potential customers. Commercial WordPress themes are a multi-million dollar industry, but there’s no single avenue paved to success even when partnering with one of the dominant marketplaces.