o2 is Now Available on GitHub 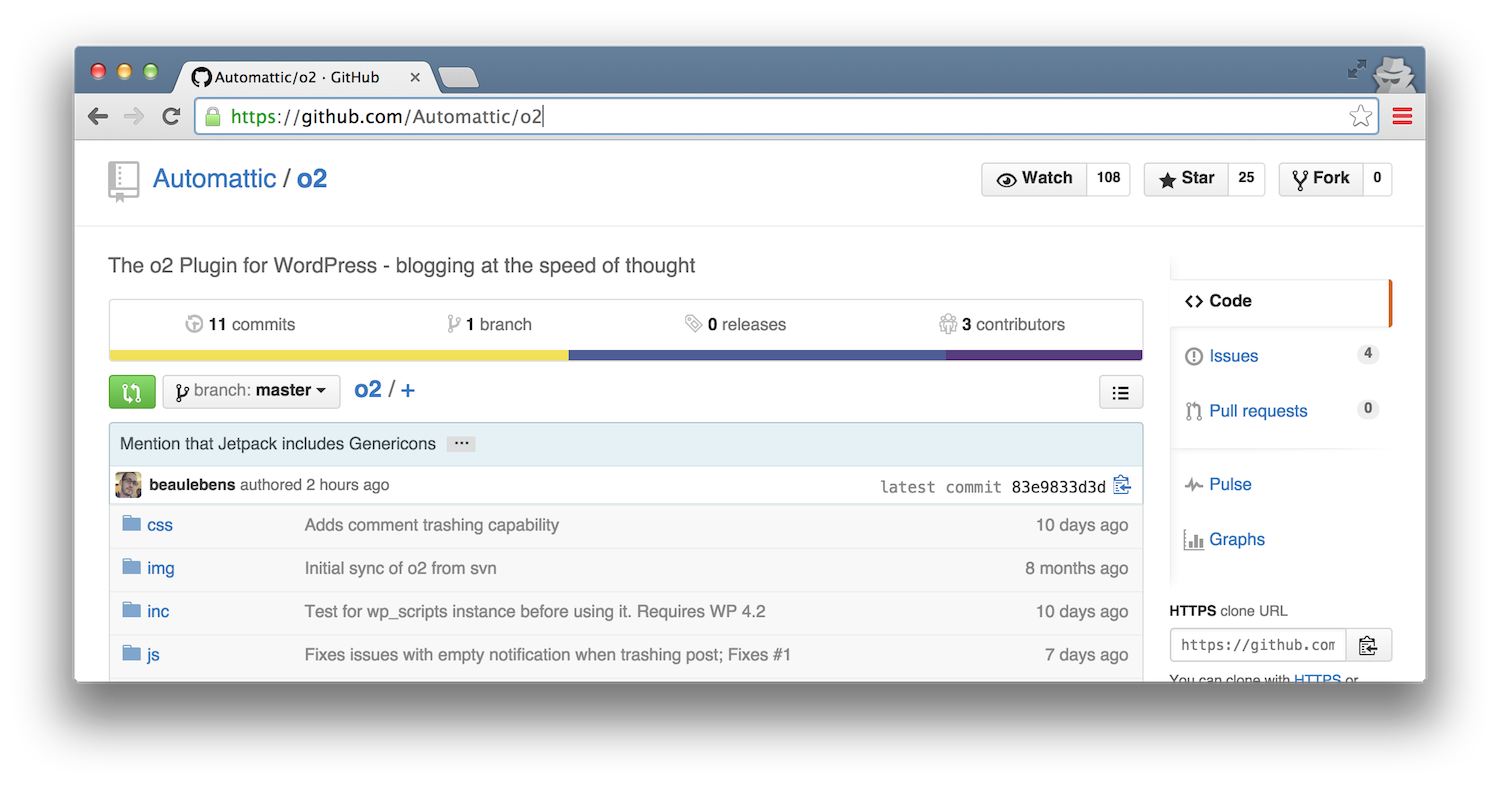 This weekend at WordCamp Denver, Kevin Conboy announced that Automattic’s long-awaited O2 project is now publicly available on GitHub. In a recent interview with WP Tavern, Matt Mullenweg confirmed that the o2 development team is shifting its focus to WordPress.com’s core products but that the o2 code would be public for anyone to use.

o2 was is the successor to P2, the innovative group blogging theme created to power communications at Automattic. P2 was released in 2009 with the tagline “Blogging at the speed of thought.” It introduced quick posting from the front page and real-time updates.

o2 shares P2’s tagline but, unlike its predecessor, it was created to be a plugin that is not dependent on a specific theme.

However, it’s not guaranteed to work with any theme, so if you want the best experience you should test it out with the p2-breathe theme, as recommended in the GitHub installation instructions. o2 requires the Genericon’d plugin and if you want the ability to insert code blocks, it requires the SyntaxHighlighter Evolved plugin.

The readme.txt on GitHub cautions that “multisite self-hosted installs have not yet been tested and may not work.” Although the plugin was written to shine within a network environment with cross-site search and cross-site posting, the network features are not guaranteed to work for self-hosted users. However, the improved real-time commenting, drag-and-drop media upload, and other enhancements may make using O2 worthwhile on single site WordPress installations.

A cursory look at the issues queue indicates that some of the features that work on WordPress.com may still be buggy for self-hosted installations, such as @mentions in posts in comments. The good news for those who were eagerly awaiting o2’s release is that the code, while not completely polished and bug-free, is now public on GitHub. Even though Automattic is shifting its focus away from the project, anyone who wants to help improve it can submit a pull request or fork o2 for their own use.

30 responses to “o2 is Now Available on GitHub”