“The Final Word” is a new plugin that extends O2 to highlight a comment at the top of a thread. O2 is the plugin successor to P2, Automattic’s group blogging theme that introduced quick posting from the front page with real-time comment updates. The code was released on GitHub in 2015 and it powers the make.wordpress.org blogs.

If you use O2 as a WordPress contributor or within another organization, then you have likely been a part of lengthy conversations that require a decent chunk of time to read and comprehend. Hugh Lashbrooke created The Final Word for use on the WordPress Community Team blog so that long discussion threads could be summed up in a single comment. He likened the new feature as something similar to the “accepted answer” function on Stack Exchange or other support forums where the best answer floats to the top. Discussions in the Community P2 often involve decision making, and the plugin is useful for highlighting the team’s conclusion on a matter. 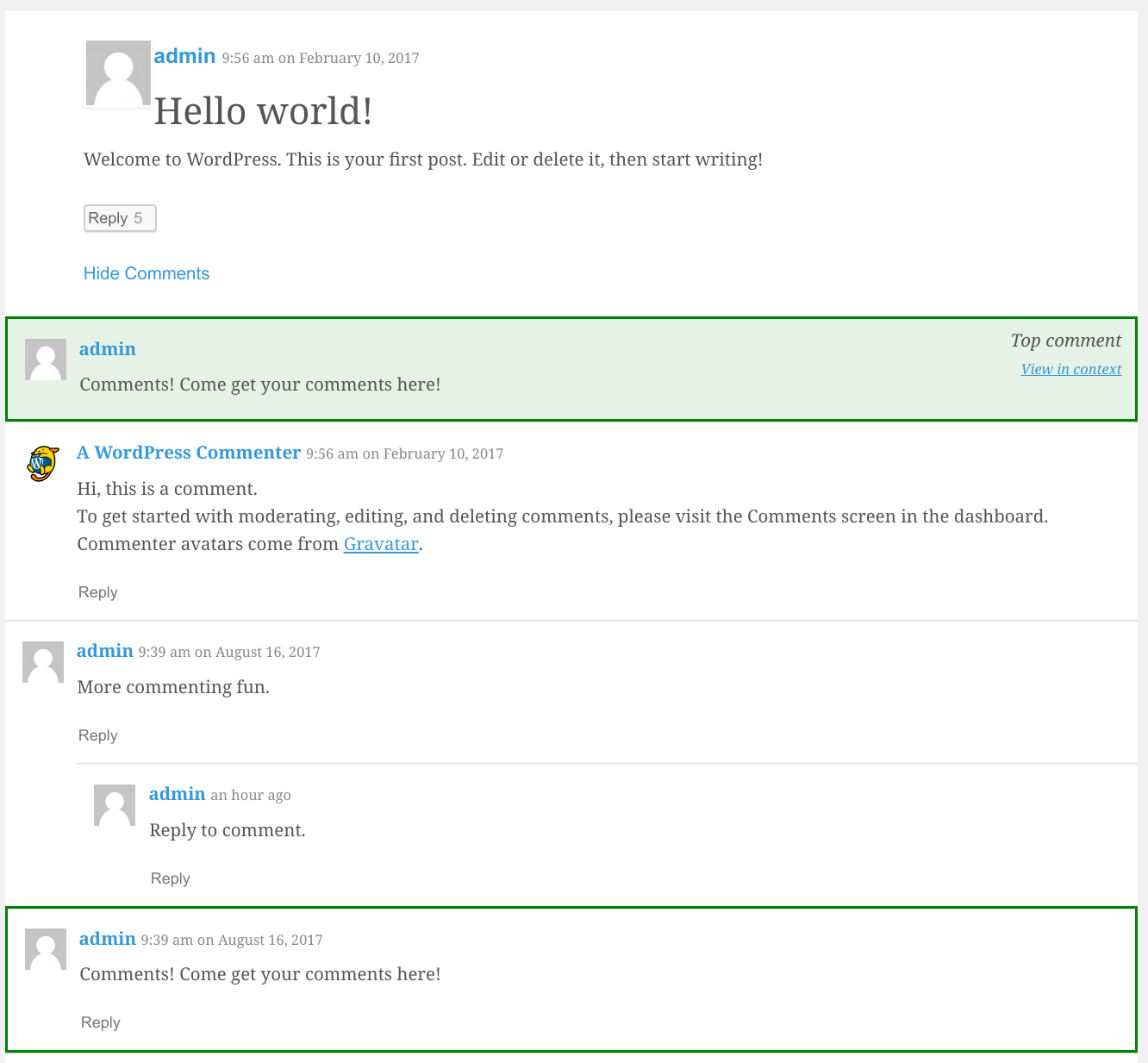 The Final Word gives users who are able to edit the post the ability to mark a specific comment as the “top comment.” Other features include the following:

The plugin currently will not work without 02 enabled because of its specific way of handling comments, but Lashbrooke said it may be updated in the future to work without O2. (While O2 is not theme-dependent, the plugin is also not guaranteed to work with every theme and is recommended to be used in combination with the p2-breathe theme.)

The Final Word is now active on the WordPress Community team’s blog and is available for other teams to activate as well. With the number of O2 blogs that many contributors are subscribed to, there is a massive amount of information and discussion to keep up with. This plugin gives thread authors and team leaders the ability to summarize conversations and keep them more manageable for readers and participants. The Final Word is available on both WordPress.org and GitHub.