Last week when Beyoncé released her new Lemonade album, lemon and bee emoji usage spiked on Twitter. According to Twitter’s stats, during the month of April there were more than 2 million tweets that included at least one lemon emoji, 62% of which happened since the album release. The bee emoji, representing the Beyhive of Beyoncé fans, also found its way into 1.8 million tweets during April.

There’s no denying that emoji permeate our culture and communication on the web, especially the mobile web. When people are excited, when they are communicating from the heart, they often use emoji. According to a study performed by emotional marketing platform Emogi last year, 92% of people online use emoji and 63% of them are frequent users.

Last year WordPress 4.2 expanded core support for emoji, adding along with it the ability to natively handle Chinese, Japanese, and Korean characters. This improvement came not a moment too soon, but emoji are still not readily accessible when publishing with WordPress until you launch the emoji keyboard for your operating system. There’s something disjointed about having to launch a separate keyboard when you’re trying to compose your thoughts.

Super Emoji Plus+ is a new plugin that makes emoji more accessible. It was created by Eric Andrew Lewis, a WordPress core contributor and developer at The New York Times. The plugin adds an elegant emoji picker to the post edit screen. It can be launched from the toolbar or via autocomplete when you start typing an emoji name, such as “:lemon”. 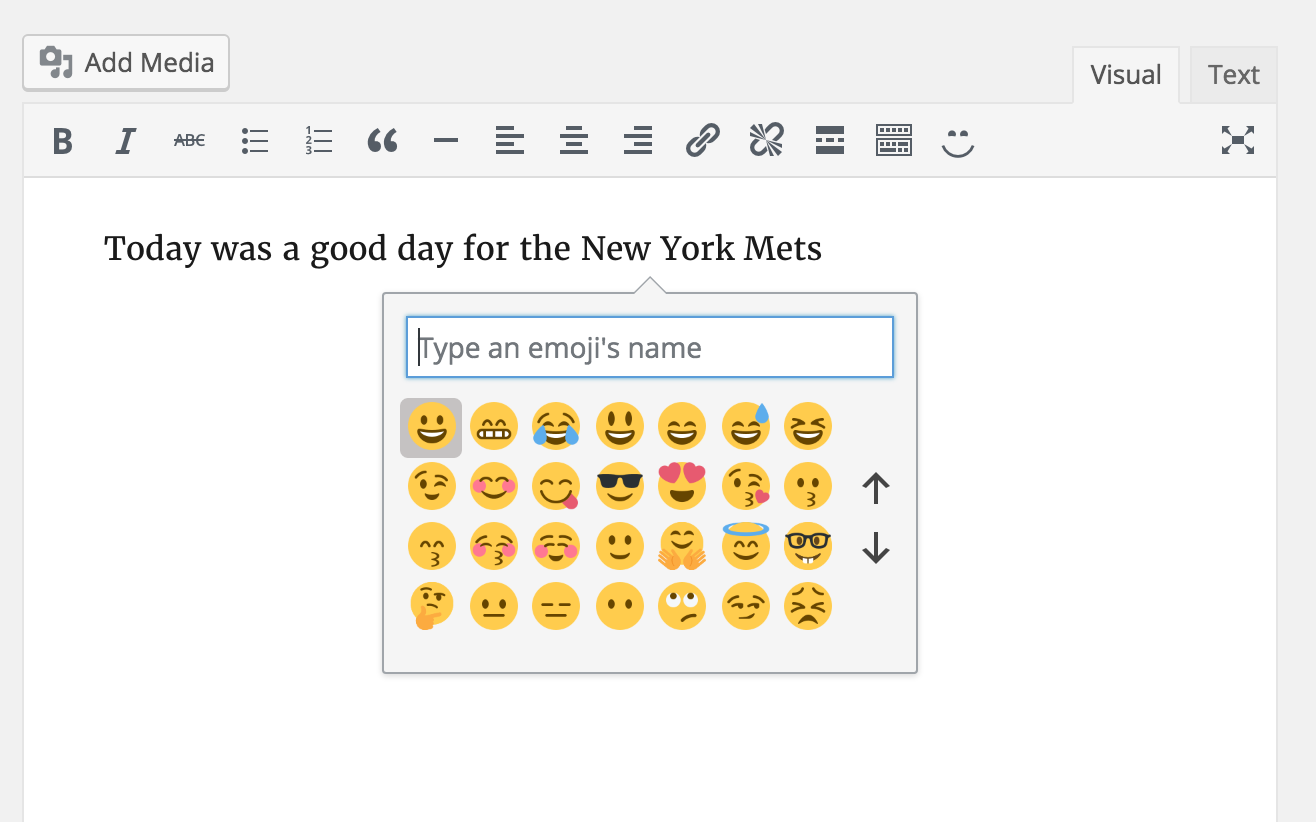 If you use emoji in your WordPress posts, Super Emoji Plus+ provides convenient access to the full list. There’s no easier way to add emoji if you’re working from a desktop, as most emoji keyboard experiences are inferior to the one presented in this plugin. Having it installed removes the need for cheat sheets and saves you from having to remember the correct key combinations to launch an emoji keyboard. Super Emoji Plus+ went into beta last week and is now available on WordPress.org.