Emoji One is a new open source emoji set that is the first of its kind, designed specifically for the web. The set boasts more than 840 emoji. It was created to solve the perennial problem of translating emoji code from mobile devices while legally displaying the corresponding emoji icon on the web. The idea is to avoid displaying those ugly blank squares that you see so often, as illustrated on the Emoji One website:

Emoji One was also created to provide consistency across various mobile and web platforms. As things currently stand, you tend to get a slight variation in display depending on the mobile platform used to input the emoji. 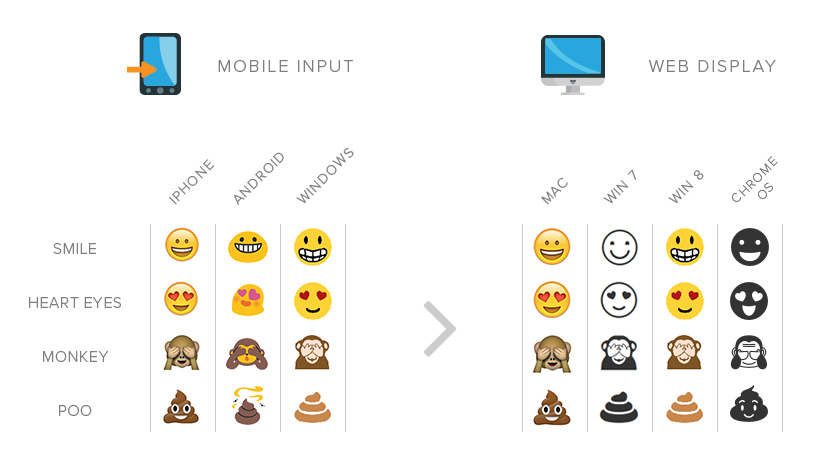 Emoji One is tackling both of these problems head on with its new open source emoji set. It’s released under the MIT license, which is GPL-compatible. Check out a live demo of Emoji One to see the set in action.

WP Emoji One is the first plugin to bring Emoji One support to WordPress posts and pages. It is based on work from the TypePad Emoji For TinyMCE plugin. The emoji chooser can be launched via a button added to the visual editor.

Clicking on the button opens a modal window with the Emoji One library, along with the option to choose the pixel size of the emoji inserted into the content. 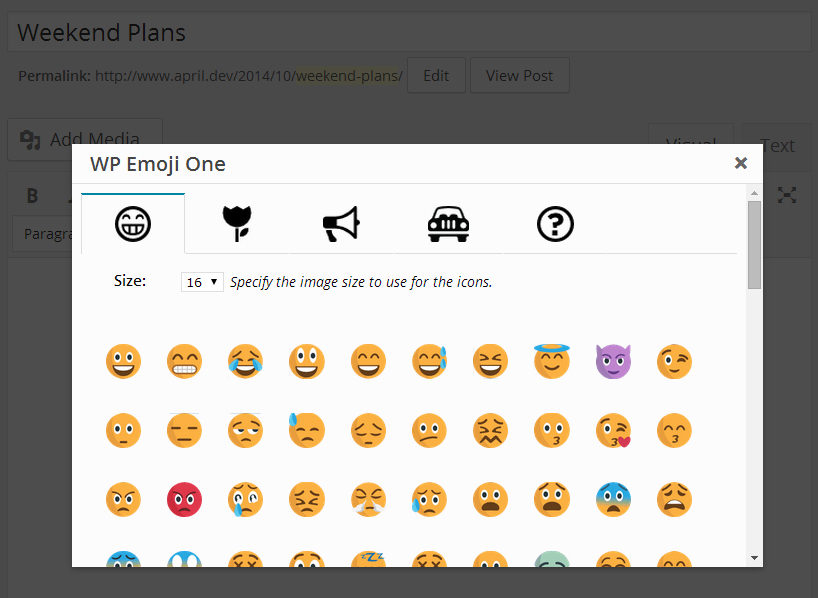 You don’t have to install anything on your mobile device to use Emoji One; just continue to use emoji as you have been. The WordPress plugin simply provides a more consistent experience for displaying emoji on the web.

I checked with the WP Emoji One plugin author to inquire about using the emoji in comments. He plans to add them to comments in the next release. BuddyPress and bbPress integration would also be very handy, as social sites are likely to derive greater benefits from offering emoji support.

Emoji One only recently launched on September 11, 2014. The team is currently working on creating the 250 new emojis that Unicode approved in June 2014, and will make those available soon.

You may have already seen Emjoi One icons in the wild here and there. The WordPress-powered Emoji One blog recently highlighted Slack’s integration of Emoji One as one of its default emoji options. As more companies and services begin to recognize the need for a universal emoji set, you can expect to see Emoji One popping up around the web in more places.

Better emoji support may someday find its way into WordPress core with enough popular support. In the meantime, you can use WP Emoji One to extend WordPress’ capabilities to provide a more consistent and colorful emoji display on your site.