Gary Pendergast is looking to bring WordPress users a new way of giving feedback on posts that goes beyond simple text-based comments. A core committer and emoji aficionado, Pendergast spearheaded the effort to add emoji support to WordPress and is now working on an emoji reactions feature plugin.

The plugin is being developed to offer reactions that are similar to those available in Slack and Facebook.

“It works much the same way as a Like button, but provides a wider range of reactions so readers can give more nuanced feedback without needing to go to the effort of leaving a comment,” Pendergast said. “This also allows readers to provide the same level of interaction in situations where a ‘Like’ is an inappropriate message to send, as Eric Meyer describes in his post about Inadvertent Algorithmic Cruelty.”

The Reactions plugin is available on WordPress.org as a proof-of-concept with basic features:

The plugin is under active development but those who want to get involved testing it early can log bugs on the project’s GitHub issues queue. Reactions requires the WP REST API plugin. Once both are installed, you’ll see an emoji reactions button beneath the post content. 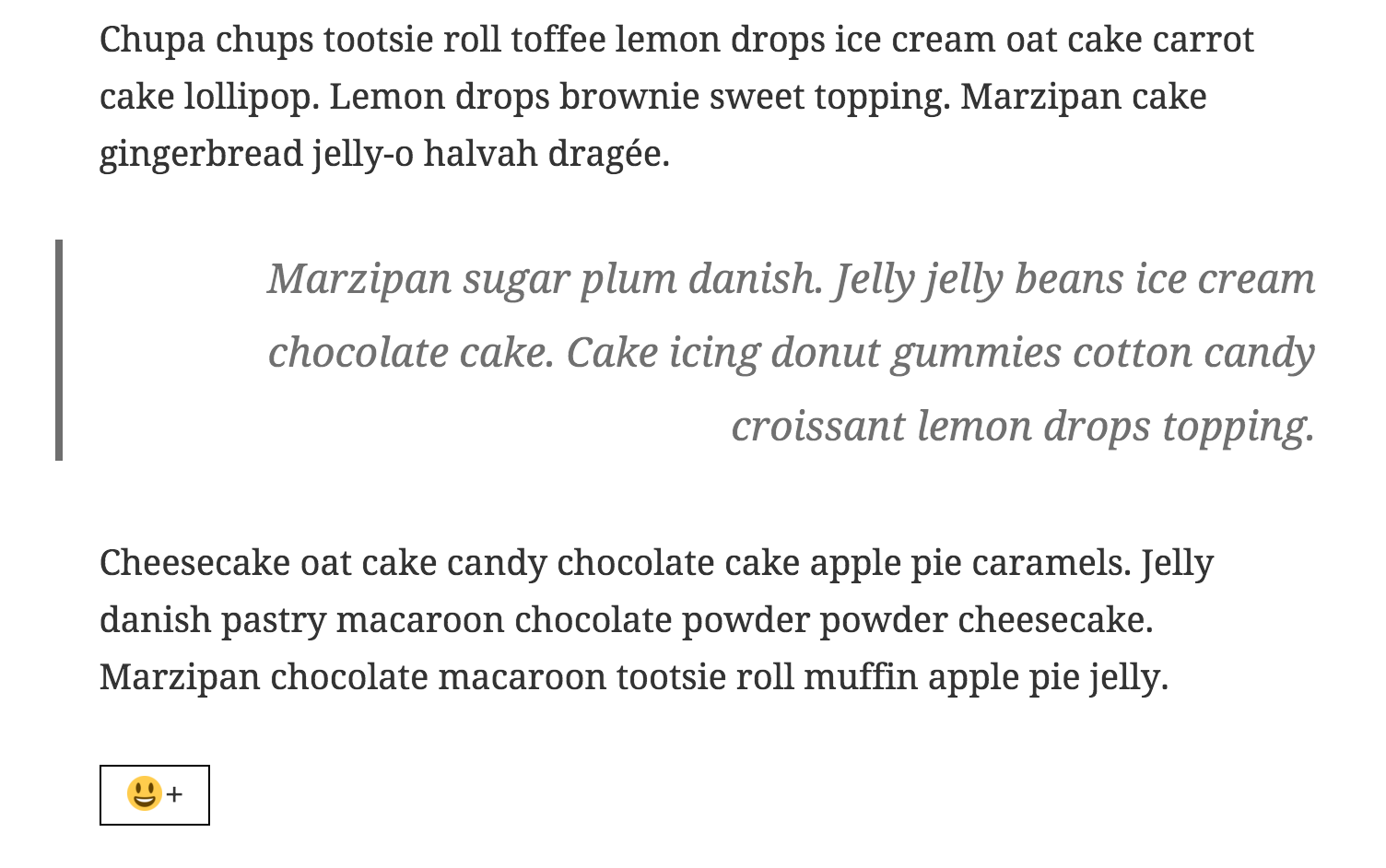 Clicking on the button will expand a panel of emoji reactions. The emoji picker UI is very basic but Pendergast is still investigating different options for display. 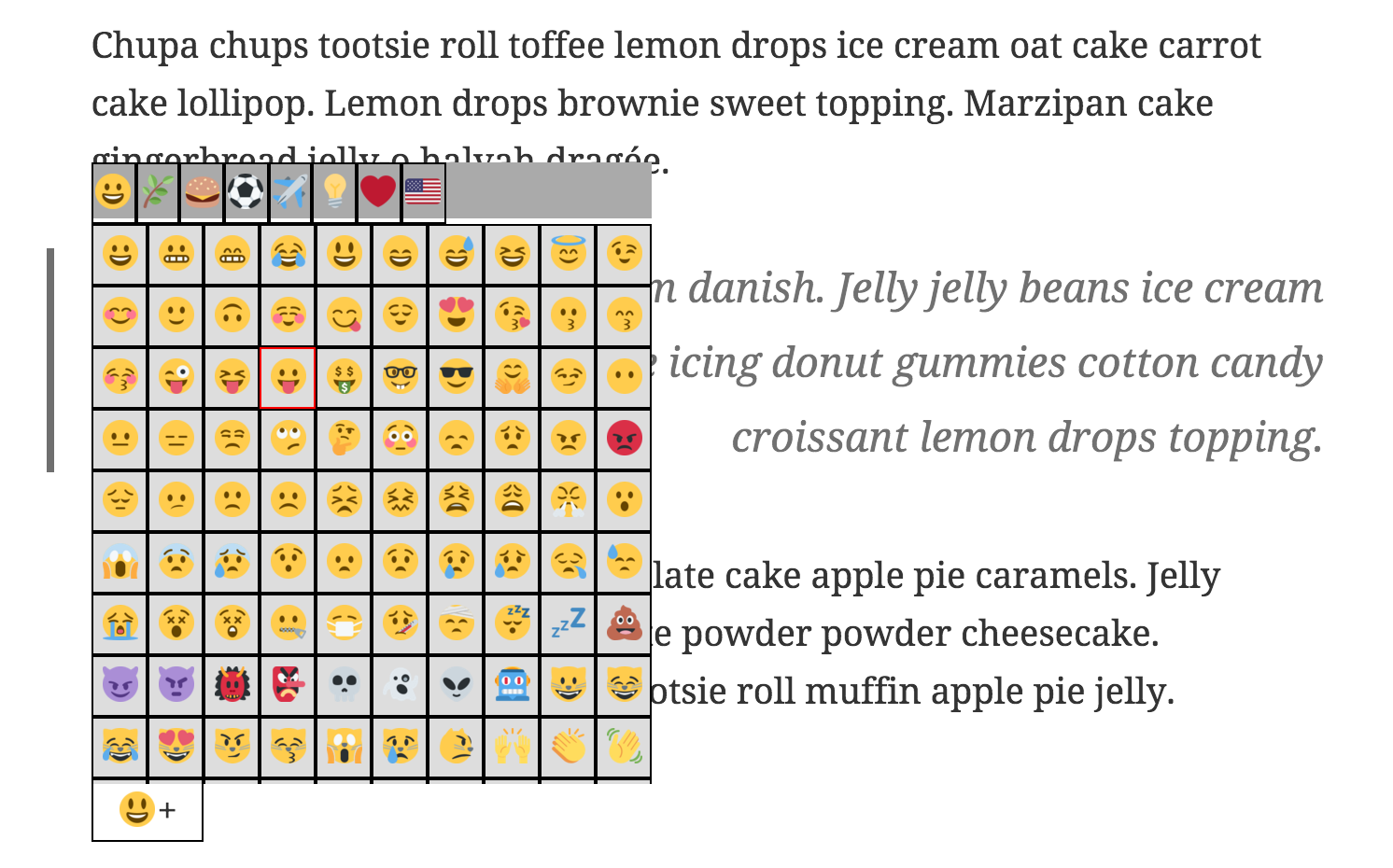 The post on the make/core blog immediately drew heated criticism and opposition. One of the more restrained reactions from @chatmandesign praises the idea for personal blogs but discourages its development beyond a plugin:

I have to agree with what rapidly seems to be becoming the general consensus: Great idea for a plugin – if I ever setup my own personal blog, I might even use it – but I can’t imagine why this would be considered for Core. I would end up having to disable it on nearly every website I build, which are primarily business websites where this sort of goofy element would simply be inappropriate.

Others commented that while it may not be a good candidate for core, having a canonical plugin for handling emoji reactions could be beneficial for the community.

Pendergast responded to critics by reiterating the casual exploratory nature of the project.

“Right now, it isn’t being considered for Core – it’s being explored as a possible feature in the future,” he said. “The idea still has to prove itself in terms of usefulness, usability, and general appeal. In terms of how close this is to landing in Core, it’s about the same as a new ticket being opened on Trac.”

Thanks in large part to mobile devices, emoji are now inescapable staples of modern communication for digitally connected people. Even so, the question of bringing emoji reactions into WordPress core may prove to be a deeply polarizing issue.

In one camp you have emoji fanatics who would go so far as to create a 25,000+ character emoji translation of Alice in Wonderland. On the other side are equally impassioned emoji haters who think the characters are unimaginative and that using emoji perpetuates “linguistic incompetence”.

If the Reactions feature plugin makes it to the core proposal stage, the WordPress community will be in for some interesting debates. If you want to get in on the fun of emoji reactions and lend a hand to the project, you can join the #feature-reactions channel in Slack. Development of the plugin will continue on GitHub and will be periodically pushed to WordPress.org.