Three weeks ago, a discussion about the possibility of adding emoji reactions to BuddyPress core turned into a heated conversation in the #BuddyPress Slack channel. The topic was inspired by the new BP Reactions plugin, which recently landed on WordPress.org. This experimental plugin, created by BuddyPress core developer Mathieu Viet, adds an API that allows developers to add custom reactions to the activity stream.

When members are active in posting activity, interesting content can quickly get buried by more recent updates due to the stream’s purely chronological display. Viet created BP Reactions to make the most interesting activities more visible to members. In addition to emoji reactions for activity items, the plugin adds a new Popular tab to the activity stream to showcase items with the most reactions. 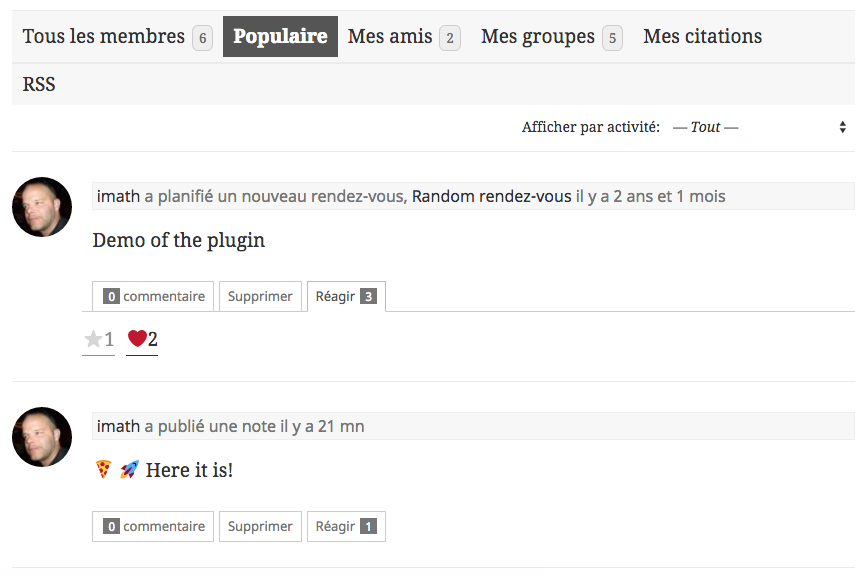 By default BP Reactions displays “favorites” and “likes” but can easily be extended to add more reactions with a few lines of code in the bp-custom.php file. This enables developers to tailor the available reactions to suit the community.

BuddyPress 2.5 added support for emoji and BP Reactions extends this to make it easier for members to add emoji to activity updates. It enables autocomplete on the posting form, i.e. typing :heart will pull up related emoji as the user types. 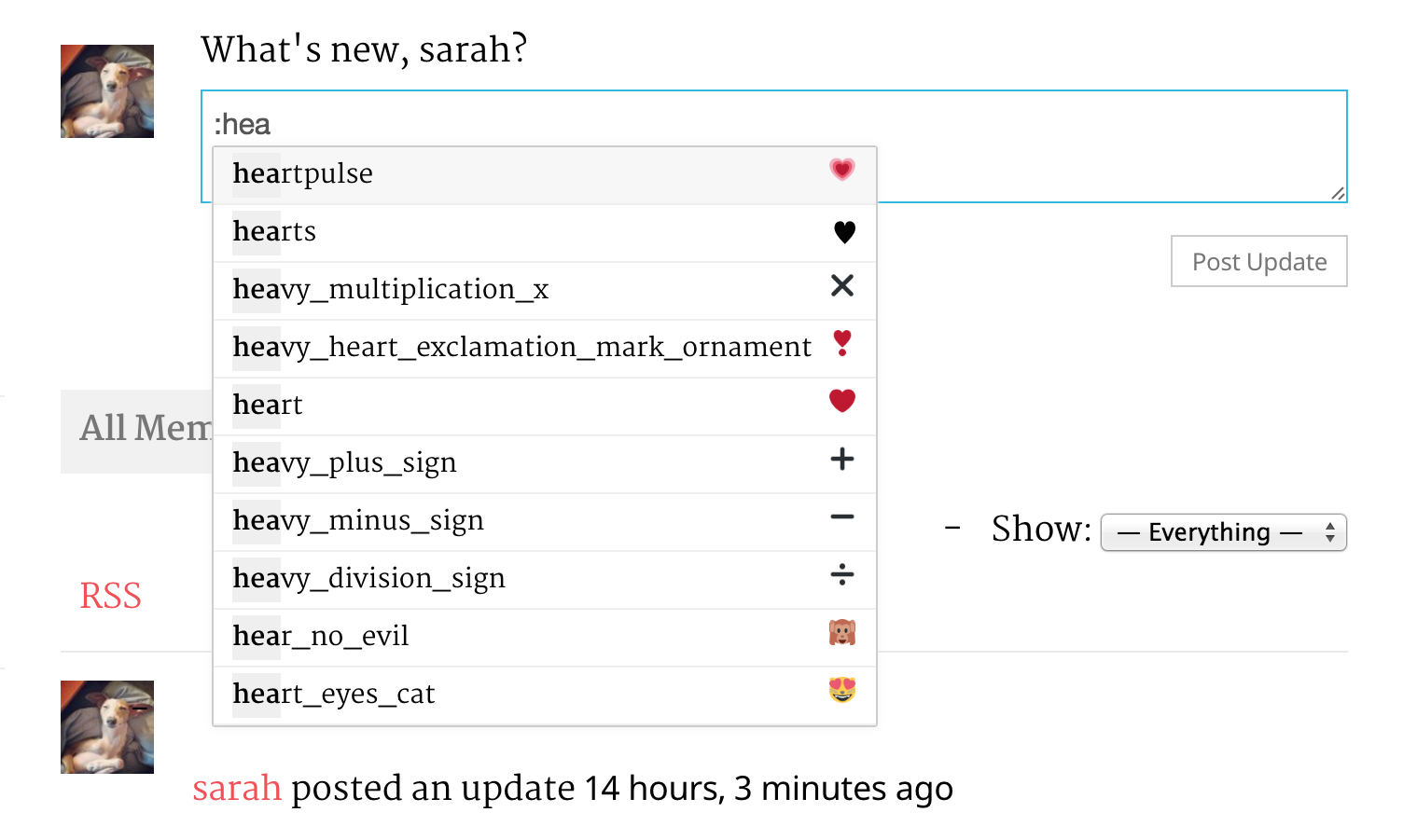 Viet also created the BP Reactions plugin to address a long-standing bug with BuddyPress favorites that he has been trying to solve for several years. Essentially, when an activity item that has been favorited gets deleted, the user’s favorite count is not adjusted accordingly.

BP Reactions removes the favoriting feature as a test for how BuddyPress core could resolve this bug in the future. When using the plugin users can choose to keep using BuddyPress’ core favorites or opt to have the plugin replace them entirely. This option is available on the BuddyPress > Settings > Options screen:

The screen also includes an option to enable a Reactions subnav item for user profiles that will display all of the activity a user has reacted to.

If the community manager wants to go all-in on using BP Reactions as an alternative to BP core favorites, the plugin also includes a migration tool that will automatically move previously logged favorites to reactions. This is available under the Tools > BuddyPress menu:

The BuddyPress development community is currently divided over whether this functionality could be incorporated into BuddyPress core or is better left as a plugin. Those in favor believe that giving developers the ability to create custom reactions will attract new users to the platform and improve engagement for communities. Those opposed are reluctant to add more user-facing features into BuddyPress core that they perceive as cloning other major social networks.

Viet published BP Reactions to WordPress.org so that users can participate in this discussion by using (or not using) the plugin. The popularity of the extension may be one indicator of whether or not this functionality is something to consider for BuddyPress core. However, this assumes that users will know about the availability of this feature or how to search for it.

Viet will be monitoring the community’s feedback on the plugin to gauge the level of interest. Check out the demo below to see it in action. Contributions to the project are welcome on GitHub.