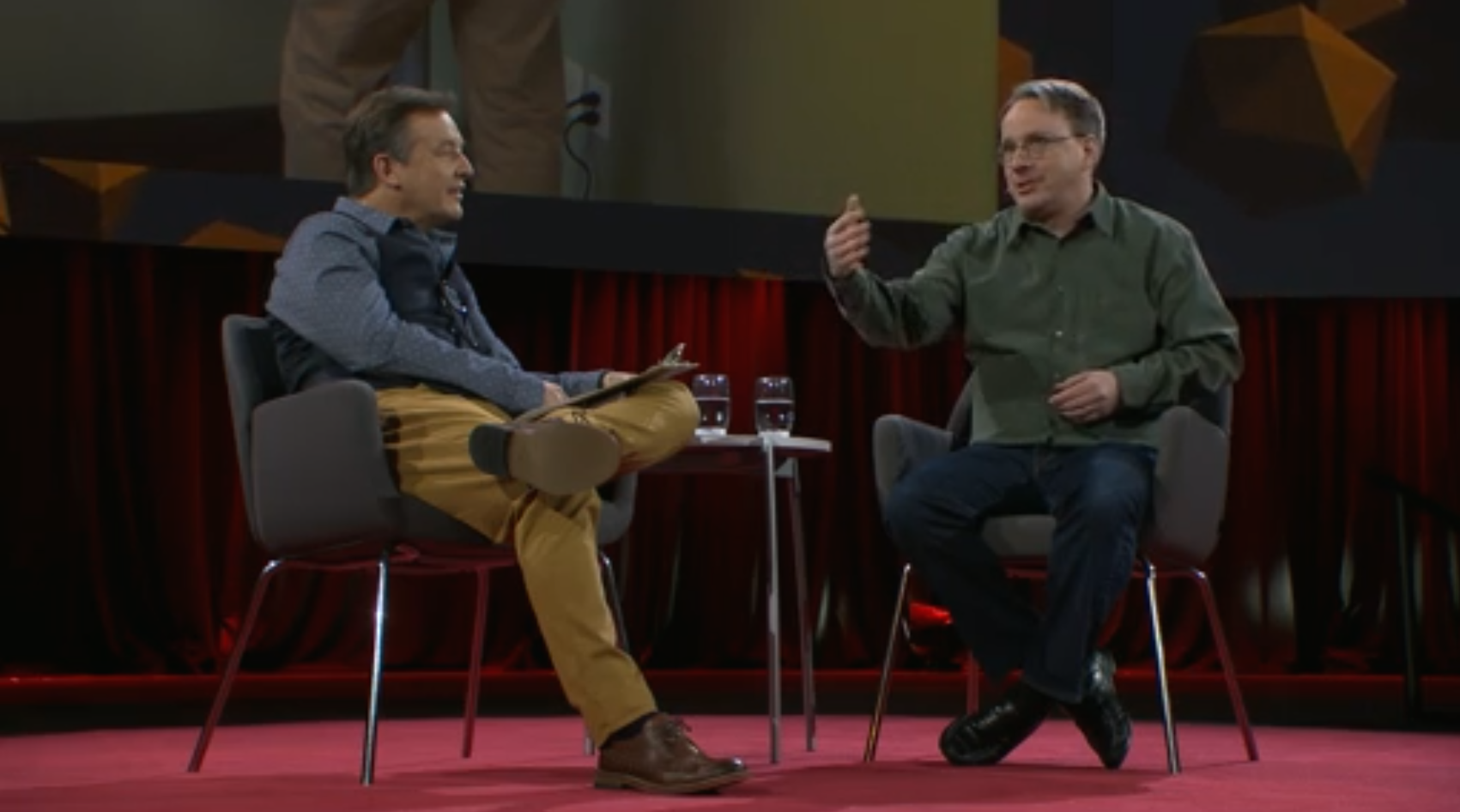 In a rare and deeply personal interview with TED Curator Chris Anderson, Linus Torvalds spoke about how open source made his projects what they are today. Torvalds, creator of the Linux kernel and the Git version control system, revealed that he prefers to work alone, in his bathrobe, in total silence. Although he heads up one of the largest open source projects in the world, with 1,000 contributors involved in every bimonthly release, Torvalds claims he is not a people person.

“I did not start Linux as a collaborative project,” Torvalds said. “I started it as one in a series of many projects I had done at the time for myself, partly because I needed the end result, but even more because I just enjoyed programming.”

Torvalds said that open source wasn’t really on his radar at all. As Linux grew, it became something he wanted to show off to people and he made it publicly available. It wasn’t even open source at that point, which was mainly called “free software” back then. He had no intention of using open source to improve his project. He simply invited comments on his project and, to his amazement, people took interest in the code and started contributing ideas.

“Every project before that had been completely personal, and it was a revelation when people just started commenting, started giving feedback on your code,” Torvalds said.

As the Linux project grew, thousands of people wanted to contribute. Torvalds said that it reached a breaking point where he knew he couldn’t scale it to work with that many people without having some kind of version control system in place.

“So git is my second project, which was only created for me to maintain my first project,” he said. “And this is literally how I work. I do code for fun, but I want to code for something meaningful. Every single project that I’ve ever done has been for something I needed.”

Ironically, for someone who professes not to be a people person, Torvalds revolutionized collaborative development for teams and projects with Git. He said that he has often been in conflict with other people and can be “myopic when it comes to other people’s feelings.” Open source gave him a way to work effectively with other people:

One of the things I really like about open source is it allows different people to work together. We don’t have to like each other, and sometimes we really don’t like each other. There are very, very heated arguments. You don’t even agree to disagree – it’s just that you’re interested in different things.

Coming back to the point that I said earlier, that I was afraid of commercial people taking advantage of your work – It very quickly turned out that those commercial people were lovely people. And they did all the things that I was not at all interested in doing and they had completely different goals. And they used open source in ways that I just did not want to go. But because it was open source they could do it and it actually works really beautifully together.

One of the most interesting things about his story is that he first embraced open source out of practicality, not because of ideological convictions.

“Without doing the whole open-source-and-really-letting-go thing, Linux would never have been what it is,” Torvalds said. Even so, he said he doesn’t necessarily think the principle can be applied to other aspects of life beyond code without a lot of grey areas.

Despite having changed the future by creating technology that powers the internet, Torvalds does not consider himself a visionary.

“I am not a visionary,” he said. “I do not have a five year plan. I’m an engineer. I’m perfectly happy with all the people who are walking around staring at the clouds and looking at the stars and saying, ‘I want to go there.’ But I’m looking at the ground and I want to fix the pothole that’s right in front of me before I fall in.”

Check out the 21-minute interview in the video below: