The explosion of the craft beer scene in recent years means that more breweries and beer bars are building their websites on WordPress. What are you looking for when you visit one of these websites? Why, the beer of course! Unfortunately, with the demands of brewing and serving customers, owners of these establishments don’t always have time to update their available beers.

The Easy Beer Lister plugin was created to help breweries keep their information up-to-date. It offers an easy way for users to organize beer on on their websites with the additional benefit of being able to create beer menus with the same information. The menus are mobile friendly and can be printed or displayed on a TV screen.

Alex Standiford initially started on this project out of a desire to improve his WordPress plugin development skills, but it quickly grew from there once he learned how difficult it is for brewers to keep their beer information up-to-date across all of their mediums.

“Many breweries copy/paste their beer menu to their website, or simply don’t update their website at all,” Standiford said. “I even heard of a brewer who was staying up late every Friday to update his powerpoint presentation for his beer menu!

“Once I realized how much time this was taking from the busy brewery owner, I knew that I needed to do something better than what others have done. I needed to provide them with a single place to update their beer information, where they could efficiently display it to customers in many different ways.” 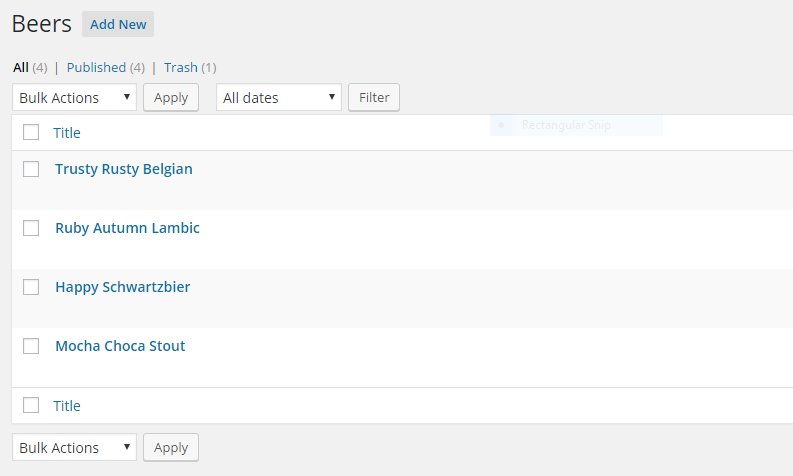 Beer styles can be added as categories and beer pairings as tags. Availability can also be specified via a custom taxonomy using terms such as On-Tap, Spring, Summer, Year-Round, etc. Beers take on the design of the active theme, but you can further customize the post type to improve its display. The plugin comes with a few basic templates, but Standiford is also creating more that can be added on. 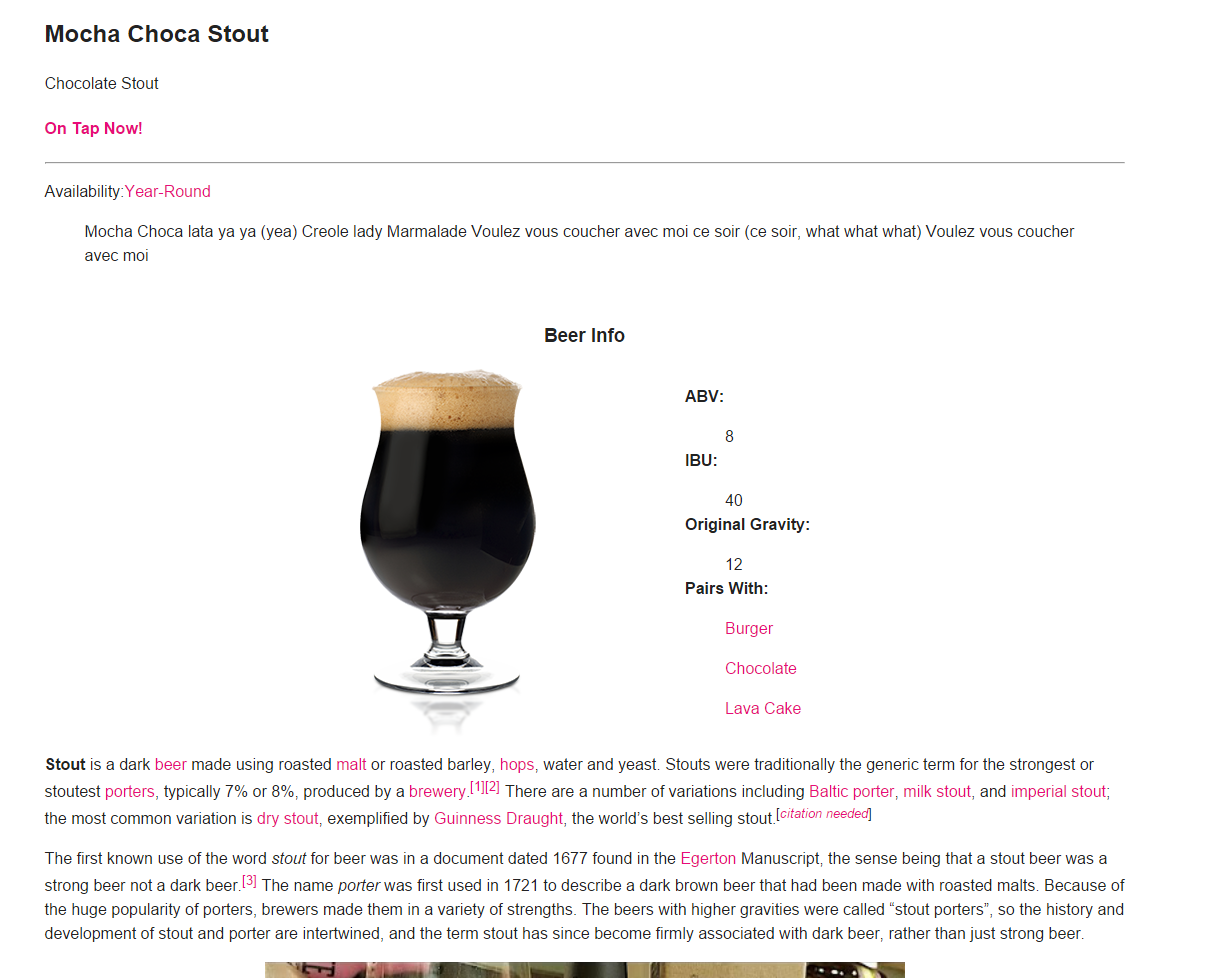 Once beers are organized and added to WordPress, users can create custom beer menus to display available beers. Sorting methods, such as availability, food pairings, and what’s on tap, can be bulk-edited in the admin. 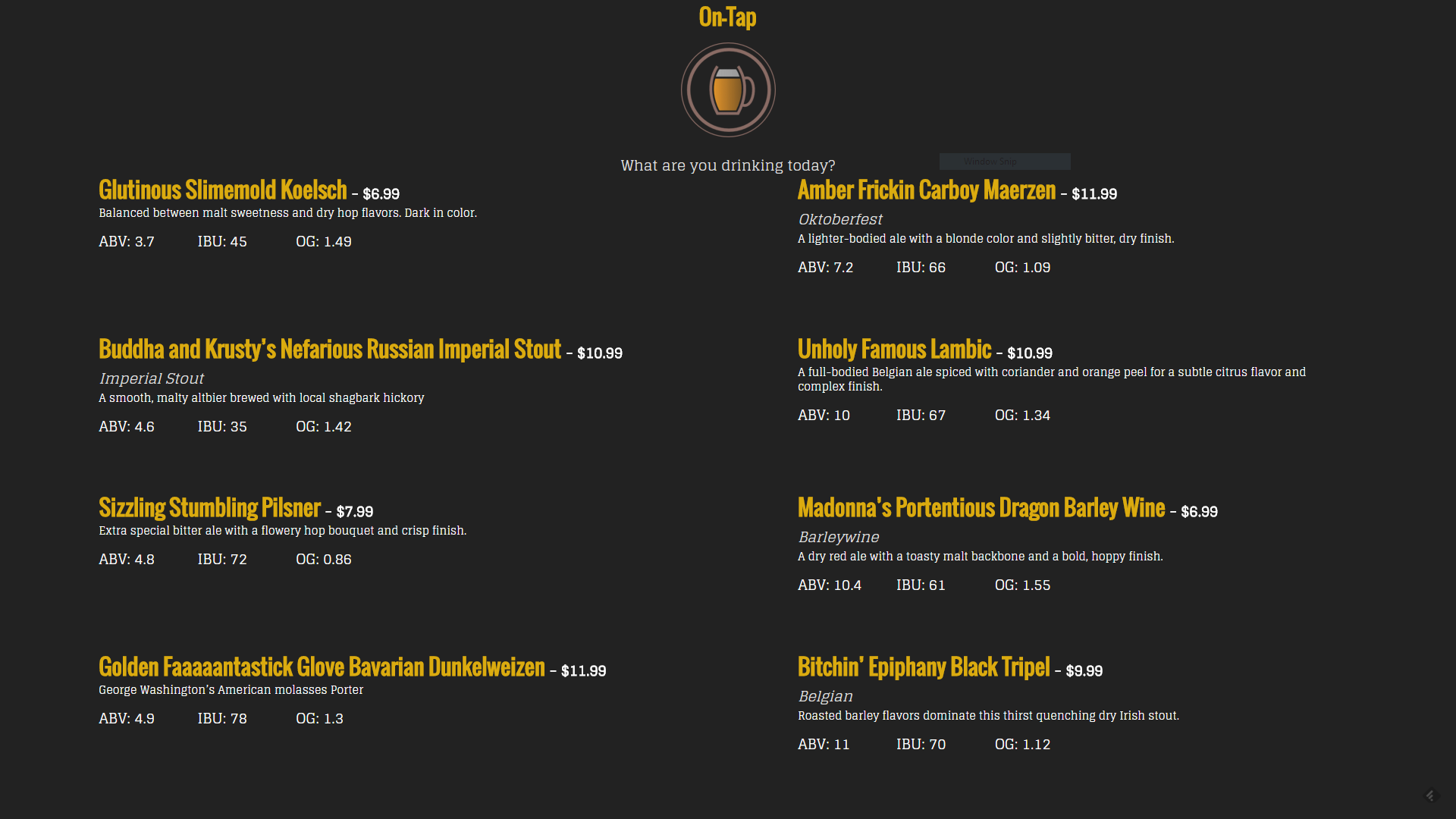 Easy Beer Lister also includes shortcodes for displaying a specific beer or a list of beers:

Standiford plans to open a marketplace for GPL add-ons that extend Easy Beer Lister. Untappd Importer is his first add-on, which makes it easy for breweries to get started without having to manually enter all of their beers.

“With this add-on, I was able to import all 600+ beers from Dogfish Head Brewing’s Untappd page in about three minutes, including the ABV and IBU information,” Standiford said. He is working on other add-ons such as a beer image generator, an Instagram photo import function, and a bartender suite that allows bartenders to access a page to add/remove beers from the tap menu/website quickly.

“The plugin is more than a tool to help brewers manage their beer on their website,” Standiford said. “I aim to use it to dramatically reduce the amount of time a brewer spends updating beer information on all facets of their business.”