Whether lager or ale, malty or hoppy, ice cold or room temperature, from a bottle, can, pint or stein, there’s no bad way to enjoy a brewski (unless you’ve had one too many). From ancient Egypt and Mesopotamia to all corners of the globe today, there is no denying beer’s popularity, as can also be observed by the continued rise in the craft brew movement and the homebrewing community. The American Homebrewers Association has registered over 1,700 homebrew clubs with individual memberships estimated in the millions.

Part of the joy of homebrewing is the art of putting different recipes together and discovering new flavors, exploring new styles of beer and tinkering with ingredients. This recipe creation process used to require quite a few calculations and a rather expansive knowledge of ingredients, hops, yeasts and brewing techniques in order to brew a particular style. However, creating and saving beer recipes is much easier today, thanks to programs like BeerSmith and websites like Brewtoad that combine extensive databases of ingredients with built-in calculators that can help novice brewers create and share their recipes.

And now, it’s easy to share homebrew recipes on your WordPress site, thanks to the BeerXML Shortcode plugin. Derek Springer, the plugin’s creator, is currently a Code Wrangler at Automattic and an avid homebrewer. His plugin takes an XML beer recipe and displays it nicely on the page via a shortcode. 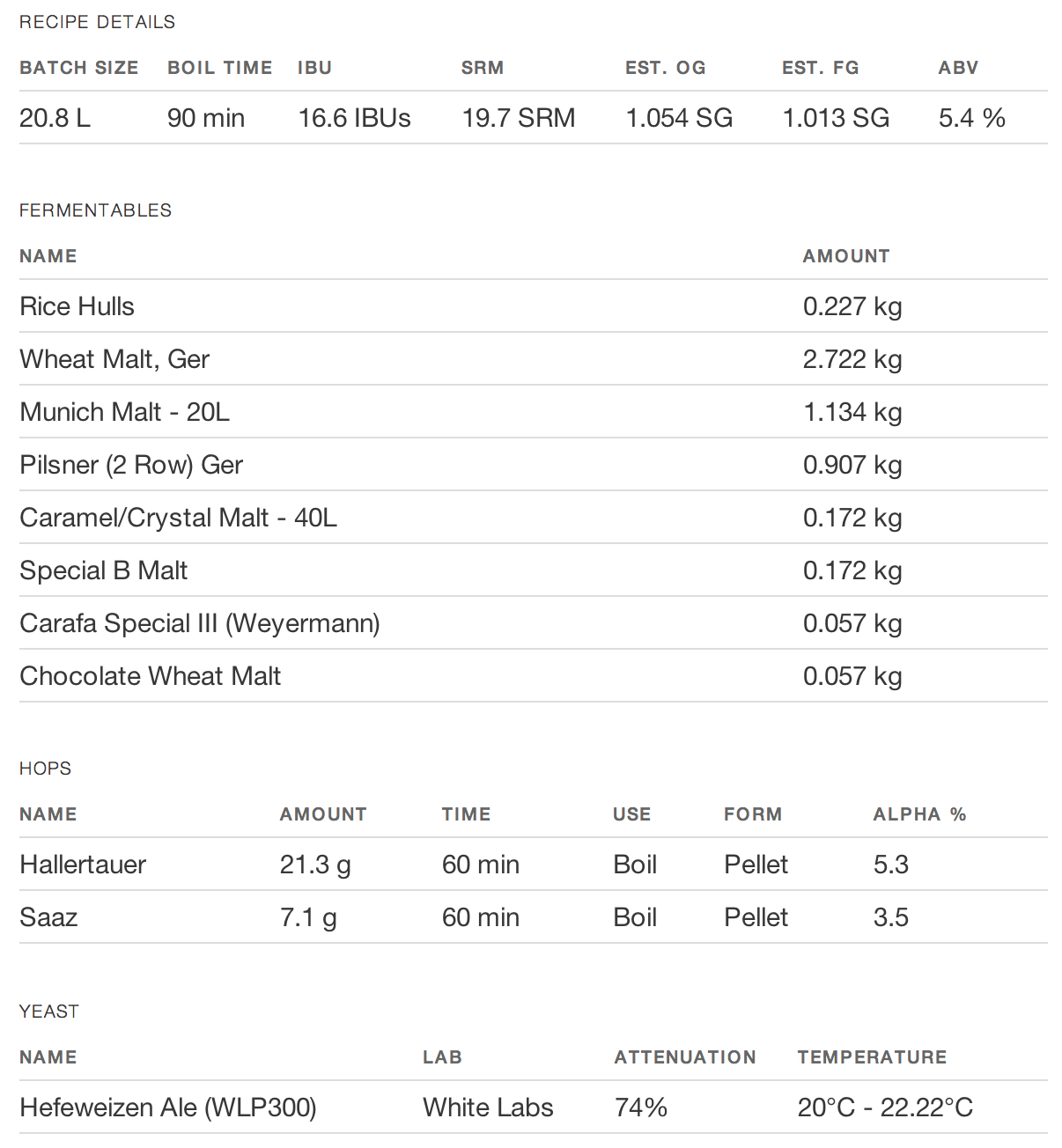 BeerXML Shortcode makes it possible for you to create your own library of recipes on your site and open them up for visitor feedback in WordPress posts or pages. Since WordPress is search engine friendly, adding recipes to posts makes easier for others to discover and try. The plugin also lets you provide a recipe for download as an XML file, which can easily be imported into BeerSmith and/or other brewing programs where the next brewer can tweak and change it as necessary.

The open source software community and homebrewers have a good deal in common. Sharing a beer recipe is like open sourcing happiness. The days of secret family recipes hidden away from the competition have fallen aside with the explosion of craft brew culture, which values sharing and openness. Recipe sharing gets more people brewing and promotes the appreciation of craft beer.

As the saying goes:

The BeerXML Shortcode plugin is available for free from the WordPress plugin directory. Add it to your site to start sharing your beer recipes with the world.