BuddyPress 2.0 “Juliana” arrived on schedule today, less than a week after the plugin crossed two million downloads. This release focused heavily on improving BuddyPress performance, adding new administrative tools and enhancing the activity stream. It’s named for Juliana’s Pizza in Brooklyn, NY, a pizza joint that is special to members of the core development team. 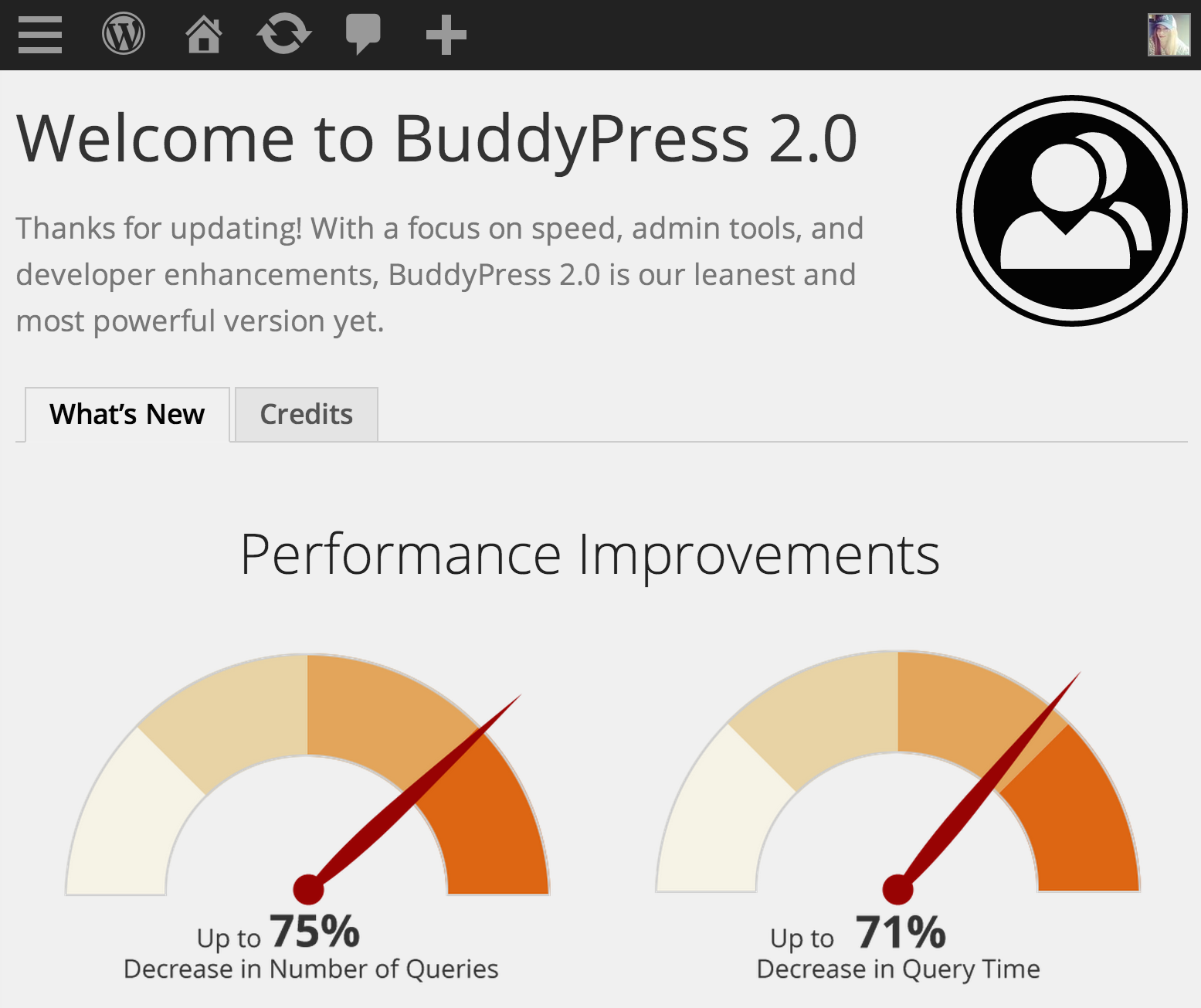 One of the major highlights of this release is the massive improvement in performance, especially as it relates to Members and Activity directories. BuddyPress 2.0 improves MySQL efficiency, decreasing queries by up to 75% and reducing query time by up to 71%, depending on the your site’s hosting environment. If your site uses advanced caching systems, such as APC and Memcached, expect a performance increase here, as 2.0 completely overhauls how these are utilized.

BuddyPress 2.0 introduces a host of new administration tools that make it easier to manage communities. Administrators can now edit member profiles in the WordPress admin. This release also ships with a new signups administration screen that allows administrators to track the status of pending accounts and facilitate the signup process. 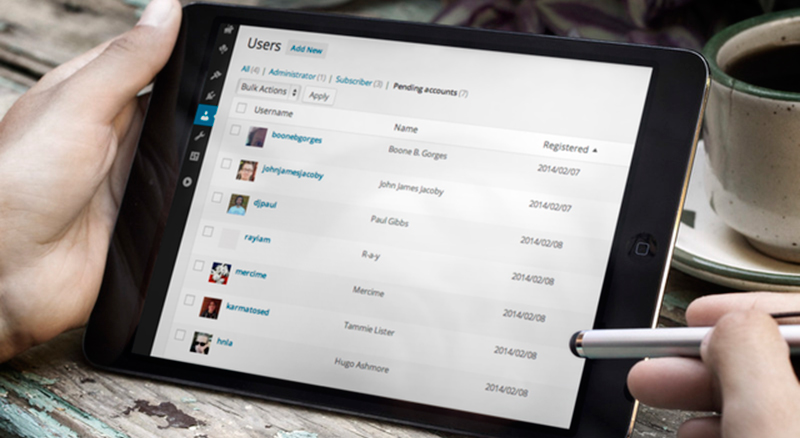 Community managers will be pleased to know that version 2.0 provides better spam management capabilities with the ability to mark users as ham/spam within the admin users panel, a feature that was previously only available on multisite installations.

Version 2.0 includes a handy new “Repair Tools” menu at Dashboard > Tools > BuddyPress. This menu makes it easy to correct data that can sometimes get out of sync on BuddyPress sites. 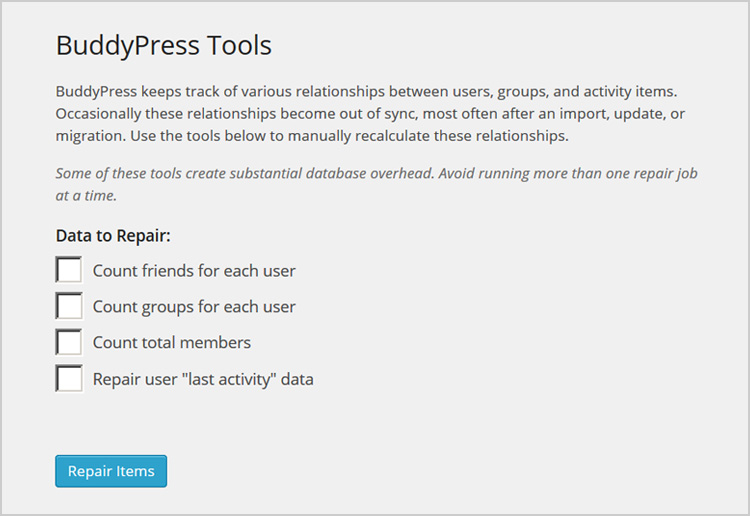 The activity stream has received a few enhancements in 2.0. It will now automatically let you know when new items are ready to be loaded. It’s also much better integrated with blog posts. Comments are synced across blog-related activity items and the actual post itself. This unifies conversations that take place in different areas on a BP site.

The activity stream will also play better with translations. Given that roughly half of BuddyPress installs are in a language other than English, this is a nice update. Check out this demo video created by Bowe Frankema to see how that works.

Improvements in BuddyPress 2.0 help the social features to really shine and make community management more efficient for administrators. The plugin has come a long way since version 1.0 was released almost five years ago. The BuddyPress community has grown and thanks to the work of 42 volunteer contributors, 2.0 is ready for download today. Check out the full 2.0 changelog to see everything that’s new and improved.