In the last two years, Automattic has made significant improvements to WordPress.com and Jetpack. From managing plugins, themes, and other updates to New Dash and a revamped post editor. The individual changes represent iteration but when seen as a whole, show off an entirely new WordPress.com.

Automattic has announced that the improvements its made in the last two years are part of an internal project named Calypso. The company also released a WordPress.com desktop application for the Mac and open sourced the code on GitHub.

The application is written entirely in JavaScript using the Node and React libraries. It’s also 100% reliant on APIs, including the REST API.

My Experience with Calypso

Over the weekend, I tested the application on my Macbook Pro. I initially thought it was inconsistent as there were many instances where a button opened a browser and took me outside the app. However, Calypso has gone through a number of updates and most of the inconsistencies have disappeared.

Most of what you’re able to accomplish in the WordPress backend you can do in the app including, editing posts, creating drafts, and moderating comments. 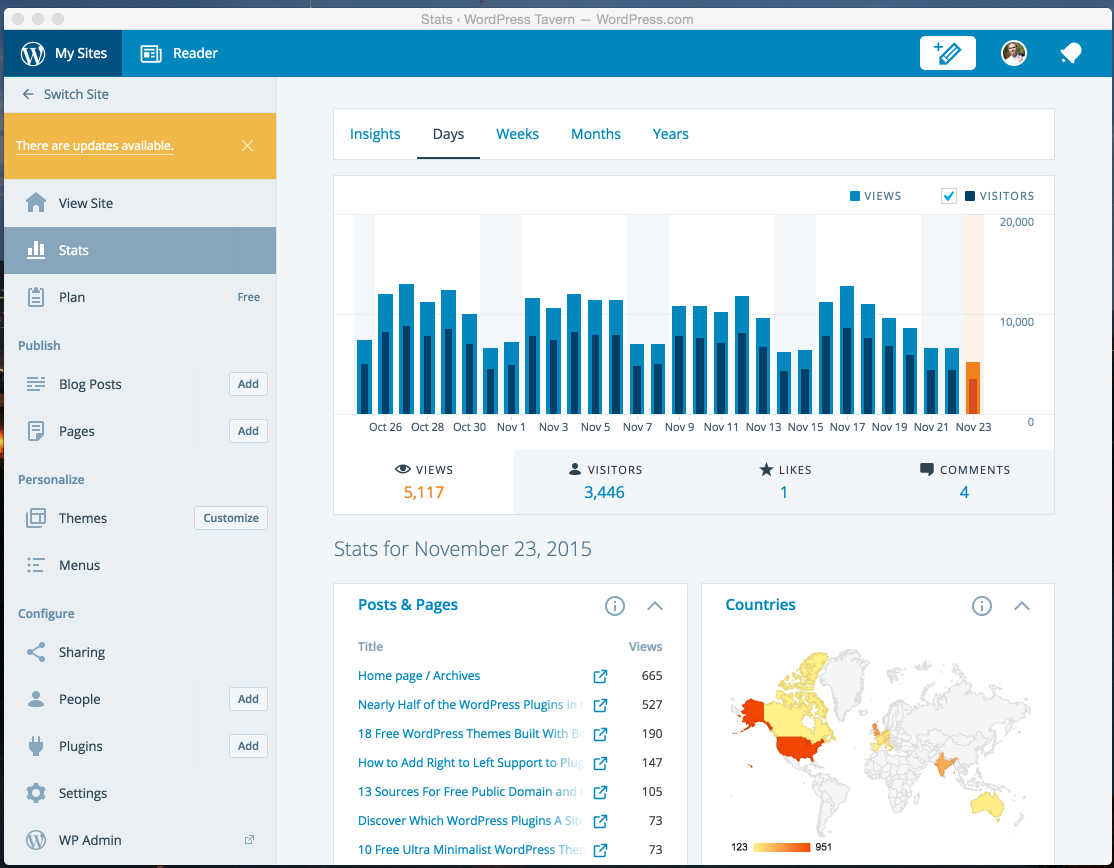 Although there is the occasional Beep….Beep….Boop, the application is fast. Some of the pages within the app feel like they load faster than their browser counterparts. Some things still require action from within a browser such as applying updates. This doesn’t make sense considering the Jetpack Manage module is enabled.

When managing themes, I noticed at least two of the them don’t include the white bottom bar making the titles difficult to read. Also, the details link loads a browser window to the backend of the site I’m managing. It feels like an interruption instead of a seamless experience. There should be no reason to load a browser window except for previewing a post.

If you’re familiar with or use the WordPress.com post editor, the editor in Calypso is pretty much the same.

For years I’ve written posts with meta boxes on the right and getting used to them on the left will take a while. The editor has most of the features available in WordPress. For example, oEmbed support which many other third-party WordPress apps don’t have.

When the application is in full-screen mode, it looks great and blocks out distractions. In the most recent update however, the Preview button acts like a Save button and doesn’t show a preview of the post. This is likely a bug and will be fixed in a later version. 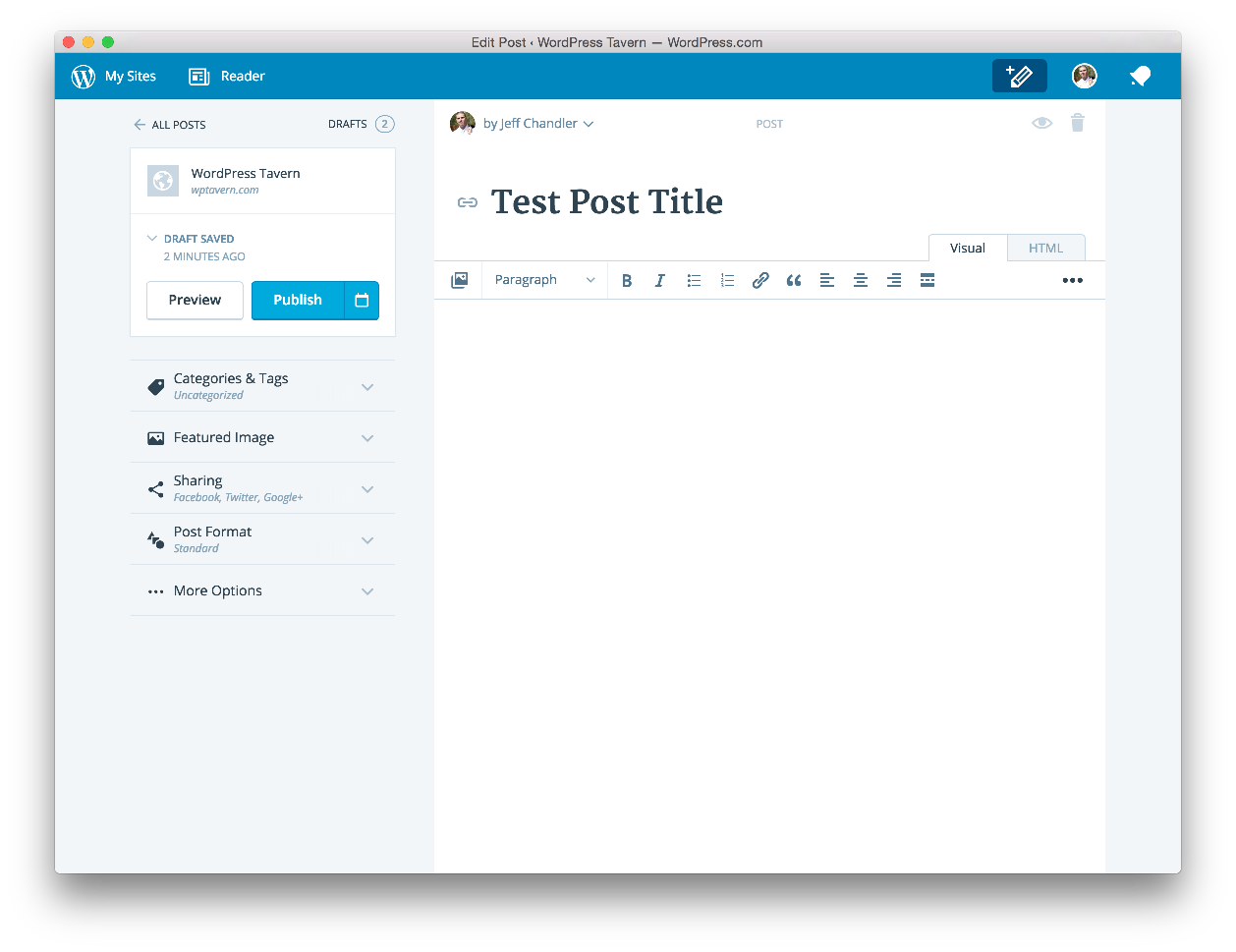 Calypso is a great example of what’s possible with the WordPress REST API. There are still a few instances when clicking a button takes you outside the app but those will be fixed in future updates.

Overall, it’s convenient to have access to most of WordPress’ features without interacting with a browser. For those who use a Mac, I can easily see Calypso being the preferred way to interact and manage WordPress sites.

As Matt Mullenweg mentions in his post, there’s still a lot of work left to do, “This is a beginning, not an ending. (1.0 is the loneliest.) Better things are yet to come, as all of you dig in.” Calypso is available for free but you’ll need a WordPress.com account which is also free.

If you own a Mac and test drive Calypso, please share your experience with us in the comments.