A Recap of WordCamp Pune, India, by Topher DeRosia 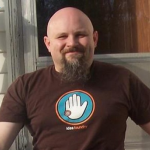 This post was contributed by Topher DeRosia. Topher has contributed to a number of plugins, spoken at many WordCamps, and is the lead of documentation for Easy Digital Downloads. He also operates HeroPress.com on the side.

Last July, the lead organizer of WordCamp Pune, India asked if I would come and speak about HeroPress. This post isn’t going to be about HeroPress nor about my adventures on the trip. No, this post is going to be about a WordCamp in a relatively large city in India, how it compares to American WordCamps, and some things that were experimented with.

In many ways, WordCamp Pune is exactly like every other WordCamp I’ve been to. The night before the event, there was a speaker dinner with excellent food and wonderful company. Registration was chaotic because WiFi was a mess.

Everyone was happy and excited to be there, and it was very loud because everyone wanted to be part of a conversation. It had all the elements I love about WordCamps; handshakes between new friends, hugs between old friends, and huge transfers of information between everyone, it was fantastic. Aside from WordCamp Miami, it’s also the largest WordCamp I’ve attended with 500 tickets sold.

It was well-organized, by which I mean things were well planned for, and handled well when they didn’t work out. Sessions were held in university class rooms. I think they were a little small for the number of attendees, but it didn’t detract from the experience. Here’s an example of a room: 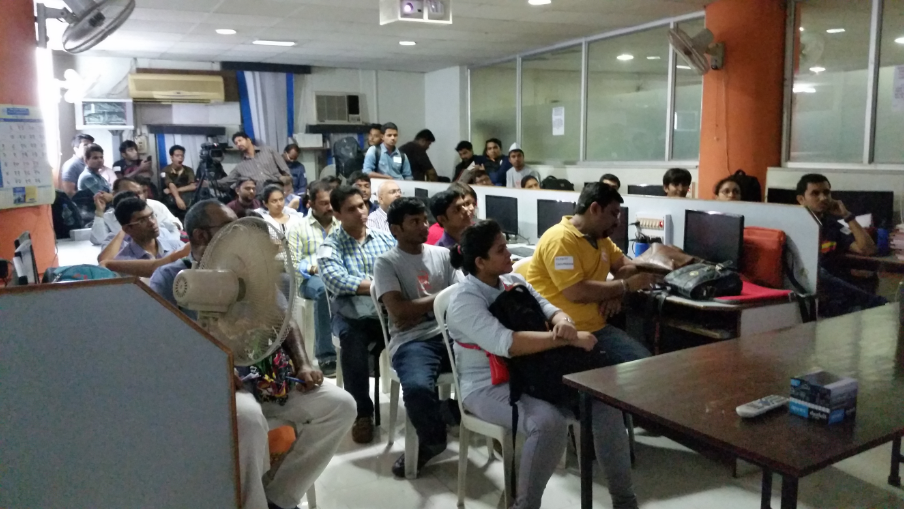 Here’s Ramya Pandyan talking about being a better blogger:

This is the first WordCamp I’ve attended where the sessions were in a variety of languages. I would expect this in a place like WordCamp EU, but to have it be a variety of local languages was fascinating to me.

The unofficial time zone of India is Indian Stretchable Time. On the first day of WordCamp, Saurabh worked hard to keep things on schedule. We started 30 minutes late, but on Foundation Day, things got started an hour late.

The room was full of people sitting and waiting patiently, but starting on time was not expected. In the US, I would have expected a lot more cranky people.

Many things were heavily guarded. The main venue was quite open, but to get into Foundation Day, I had to let these guys check me with a magnetic wand: 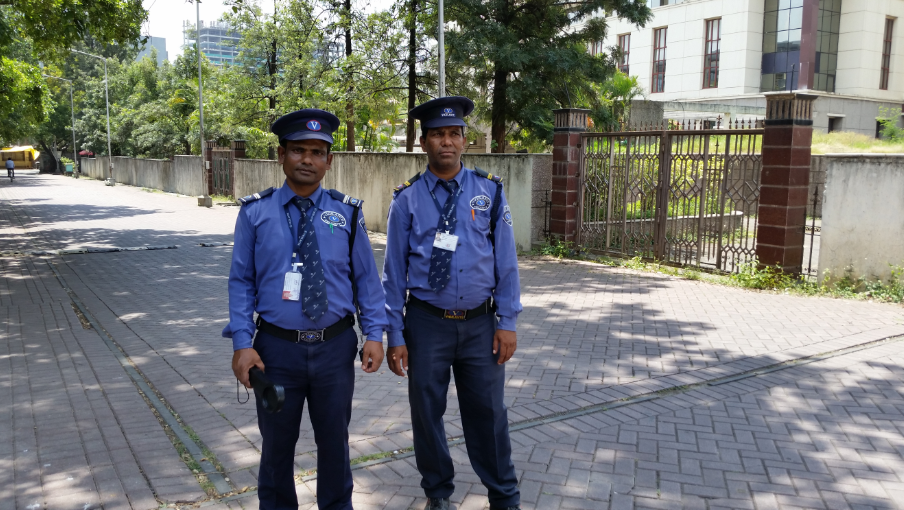 Then 20 feet away sign in at a guard house, and then 30 feet beyond that show my ID inside the front door of the venue. This kind of thing also happened at restaurants and every time I went into my hotel. No-one was ever aggressive or suspicious, it’s just something that happened and everyone took it in stride. 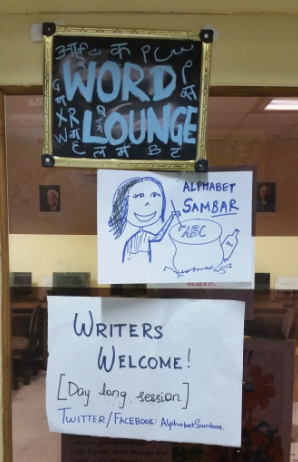 There was a room set aside to be an all day open session for writers. There’s a local group called Alphabet Sambar (Sambar is a soup) that has a regular meetup to help each other with writing. They made sure to welcome attendees and keep a good discussion going all day.

I love this idea of unconference rooms based on topic. Some people thrive on the group communication that can come from that format, and I’d love to see other topical open forums at other WordCamps.

I’m a big fan of quiet after parties, so I can talk to people. I can also appreciate people wanting a pretty intense party atmosphere. The Classic Rock Coffee Co. offered both.

It had three large areas, the largest being almost 6000 sq. ft., one about 800 sq. ft., and an ampitheater with seating for about 100 where they had live classic rock bands.

Additionally, there was a closed in area with seating for about 40 people that felt more like a cafe or restaurant. The larger open areas had a full bar and restaurant. Except for the cafe, the whole place had a fabric roof which is less sturdy than canvas. It had an outdoors feel.

I was sitting at a table of about 15 people and had no trouble communicating with any of them. I was probably 130 feet from the music and it was well contained. I was able to communicate without noise being an issue.

Groups of people sat at tables, in the cafe, in the ampitheater; wherever they were most comfortable. It was probably my favorite after-party venue of all time.

The most difficult thing for me was trying to discern people through their accents. Just about everyone had a solid handle on English, but there’s a mental fatigue that comes from parsing the words through an accent. The longer you do it, the harder it gets, especially with sleep deprivation. I tried not to be rude, and people were patient with me.

There was a photo area with some crazy hats and people seemed to have a really good time with it. I can see it working at other WordCamps as well. The ladies from Hummingbird got one of me in a crazy hat, but I haven’t seen it yet. 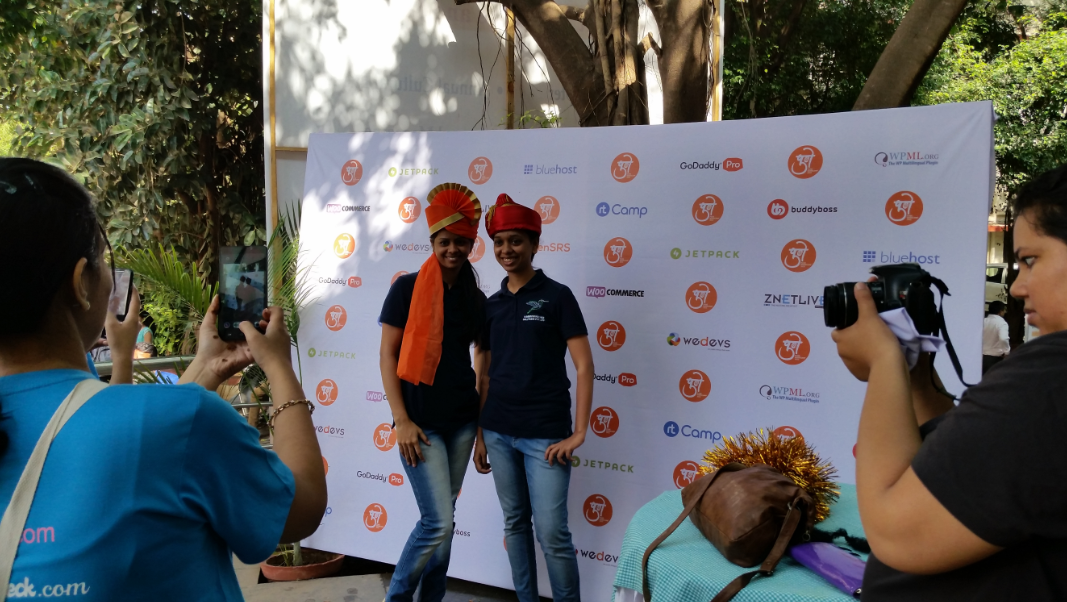 Lunch was prepared on-site in realtime and it worked. It was mostly sandwiches, and the food prep people took a request, made the sandwich, and handed it to the person in moments. I wouldn’t have expected it to work that smoothly, but it did.

Fruit and bottled water were available just about all the time, which was nice since it was pretty hot that day.

Except for the food and language, this WordCamp didn’t feel all that foreign to me. I suspect it’s because WordCamps have a solid template for sessions, scheduling, etc. I enjoyed that, it enabled me to really take part in the event without having to stand to the side wondering what was going on.

The organizers seemed to be on the ball and did a great job sharing the responsibilities, which I think is vital with a camp this size. The people were engaged, took full advantage of the options available to them, and that is what made it a successful WordCamp in my opinion.

If you ever get the chance to attend a WordCamp in a culture other than your own, I highly recommend you jump at the opportunity.

7 responses to “A Recap of WordCamp Pune, India, by Topher DeRosia”