A Day of REST Conference Successful, 81% Would Attend Again

Last weekend more than 200 developers gathered in London for a niche conference devoted to the WordPress REST API. A Day of REST featured speakers from around the world who are building applications with the REST API at companies like WIRED, The New York Times, Fusion, Automattic, and Bocoup.

“The conference was a fantastic proof of just how popular the REST API project is, and it was super encouraging to see everyone there to hear about it,” Ryan McCue told the Tavern. McCue, a co-lead on the WP REST API project, said he enjoyed the opportunity to connect with the many developers who are already using the API in production. He also said he was surprised by some of the the speakers’ unconventional uses of the API, including using it to supply content from WordPress to Ghost themes.

“The contributor day was wildly successful as we took a feature plugin approach to some long-standing issues,” McCue said. “We essentially split the room into six and let every team handle their tasks with fresh eyes. A huge amount of progress was made, and I’m hoping that this greater ownership of the contributions will encourage contributors to remain involved well into the future.”

McCue said three quarters of the WP REST API leadership team had the opportunity to meet in person and work through nearly all of their outstanding discussion items to get unblocked for future work.

In addition to being a boon to the REST API project, the conference was inspirational for developers who appreciated the in-depth technical focus of the event.

“I think the most exciting point for me was the realization that the potential of decoupling WordPress from its codebase is far more complete and powerful than I had previously thought,” said Adam Hollister, an engineer who attended with colleagues from Pragmatic, a UK-based development agency. “I’m looking forward to building something with WordPress data in a way that would not have been possible until now.”

Human Made Embraces Challenge of Hosting Conferences Curated for Developers 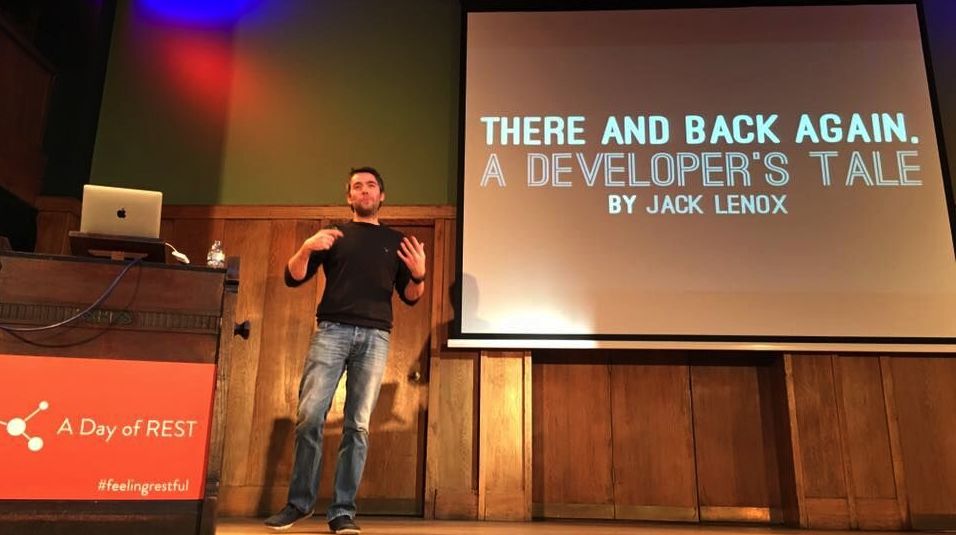 As many WordCamps are becoming more user-focused, developers are looking for events where they can expand their skills and learn from others in the industry. According to Day of REST stats from co-organizer Petya Raykovska, 41% of the 221 attendees were WordPress developers, 26% PHP developers, 21% JavaScript developers, and 12% other attendees (designers, product managers, and business owners).

“It’s more challenging to organize a niche conference than it is to organize a WordCamp,” Raykovska said. “From the start we wanted to throw a very high quality event, especially curated for developers who want to improve the level of their work. That meant a very precise speaker selection for that particular audience.”

The organization team at Human Made wanted the conference to teach and inspire at the same time. Raykovska said that balancing the schedule to achieve this goal was one of their biggest challenges.

“At the end we are incredibly proud of the lineup of speakers we had and the feedback we’ve been getting from attendees showed that people loved our speakers,” she said. According to a post-event survey, 81% of the attendees said they would definitely come back to the next event.

“We also learned something very important – WordPress developers are eager to learn and are willing to invest to get better, especially with the upcoming challenges presented by the REST API,” Raykovska said.

“They want to learn about specific JS libraries and frameworks, application development, creating APIs, server setups for decoupled WordPress and many more advanced development topics,” she said. “There is definitely a niche for high quality development conferences to help WordPress developers expand their knowledge base and skills.”

Human Made is in the early stages of planning a second Day of REST conference that will likely be hosted outside of Europe.

“We would love to continue organizing advanced development events to help the industry grow,” Raykovska said. “We’d like to organize A Day of REST in the US and in Asia. Even though it’s too early for specific dates, the processes are already in motion.”

For those unable to attend this past weekend, all the slides from the presentations are now available and videos are coming soon.

One response to “A Day of REST Conference Successful, 81% Would Attend Again”